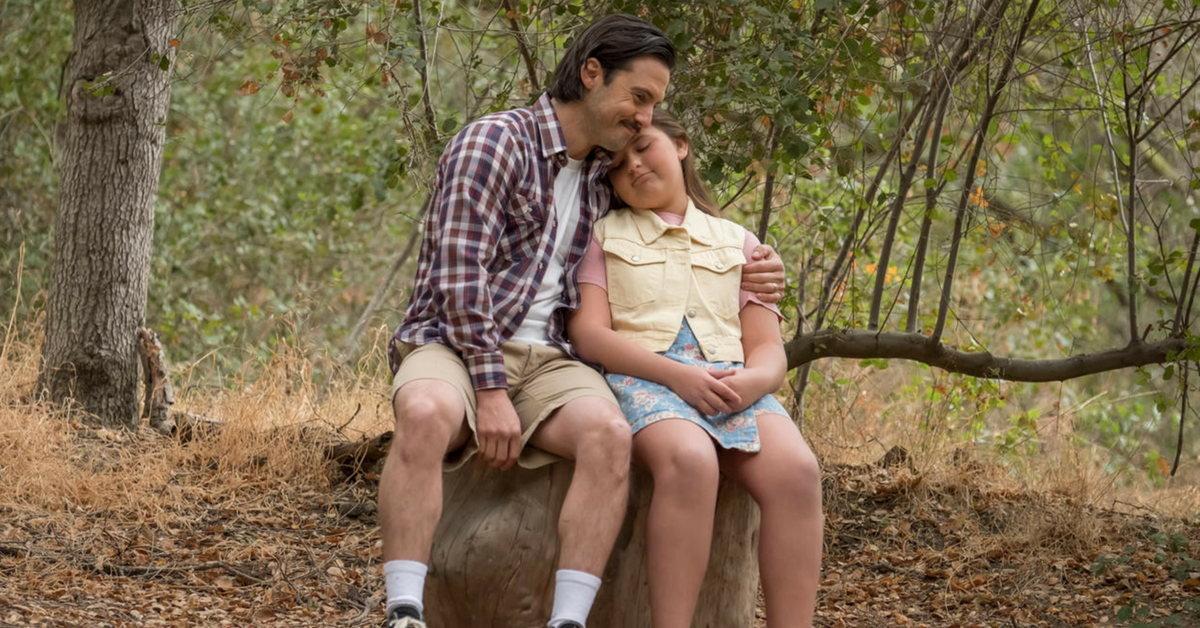 TV shows about (more or less dysfunctional) families can reach critical heights that somehow the family TV show, an entirely different animal, is denied. Think AMC’s “Mad Men” versus the now-defunct WB’s “Gilmore Girls” … one was a critical darling (albeit never garnering more than a small, niche audience), while the other reached cult classic status and is Netflix’s No. 1 fastest-to-be-binge-watched show. Yet Lorelai Gilmore doesn’t have the cultural icon status of a Don Draper.

The difference in production quality between an AMC show and most other TV shows is inarguably a factor. “Mad Men,” with its exquisite attention to 1960s detail and nuanced exploration of the human condition, elevates TV to an art form. But I’d like to argue that niche TV darlings like “Mad Men” and “The Handmaid’s Tale” don’t reflect culture the way family TV shows like “This Is Us” do in each episode. The real problems everyday people are facing in today’s America are encapsulated in “family shows” that get far less attention despite bringing in a large audience. Why do we think a show with mass appeal is somehow lesser, somehow not tapping into something deeply important because it matters to people? 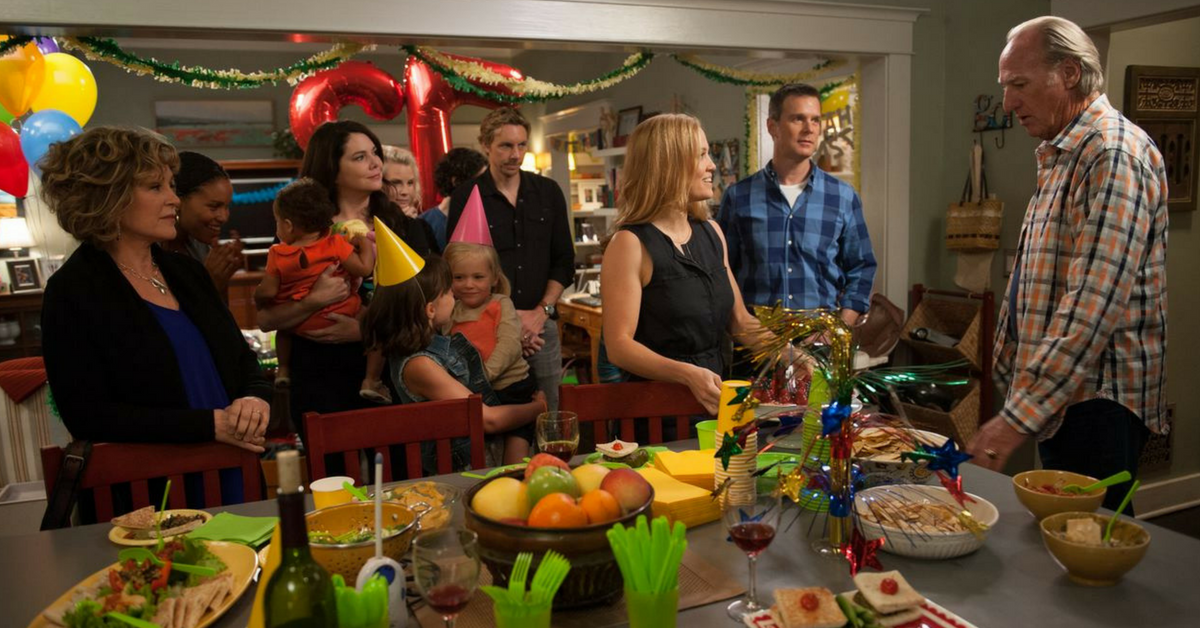 Note: A spoiler for the pilot episode.

Starring Lauren Graham, Dax Shepard and a large cast of relative unknowns, “Parenthood” wasn’t afraid to go beyond the warm and fuzzy side of family life from the very first episode, when parents Adam and Kristina Braverman discover that their quirky and hard-to-please son, Max, has Asperger’s Syndrome.

In six strong seasons, the show about a closeknit family covers everything: autism; the stigma stay-at-home dads face; interracial families; teen pregnancy and post-partum depression; cancer; and the PTSD that veterans struggle with when they come home. Do you want to watch a fictional yet believable family fight through dealing with absent dads and broken family life? What it’s like for an interracial family to talk about the “n-word” to the son of a black mother and a white father? How separation and divorce affect kids? Why adoption is such a struggle? It’s all there.

Like real life, “Parenthood” has its painful moments, but they are always accompanied with joy and hilarity. As someone struggling with the alienation of today’s society, I found myself as I watched envying the closeness of the fictional Braverman clan and longing for a world where extended family members get to be a real part of each others’ lives. 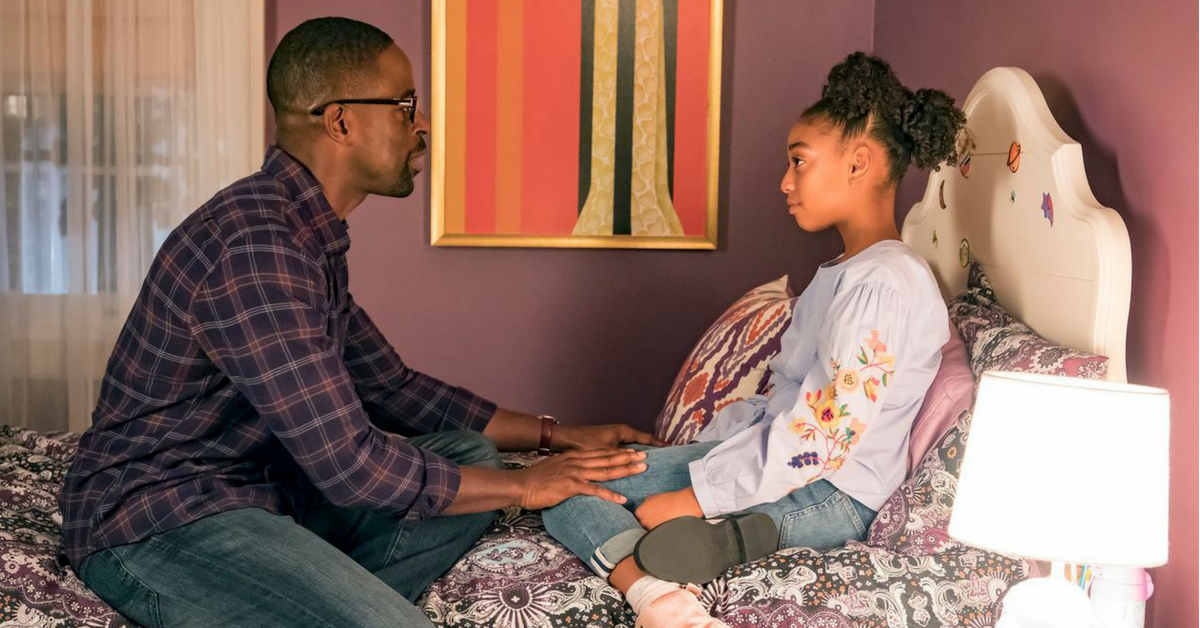 Note: Spoilers for the pilot episode, and minor spoilers for later plot points.

“This Is Us” has (rightly) gotten a lot of attention for Sterling K. Brown’s Emmy-winning portrayal of Randall Pearson, a character who is both a best-case scenario and an embodiment of the country’s continual struggle with race. Abandoned by his biological father, Randall goes on to become a loving husband and dad partly thanks to the example of his adoptive father, Jack Pearson (Milo Ventimiglia).

The Pearson family brings in Randall after Rebecca and Jack lose one of their triplets. Completing “the Big Three,” Randall grows up in a loving, supportive home from birth instead of the many terrible alternatives that abandoned children often face. His story is a reminder of how important it is to make a difference in a child’s life at the right time, but it’s also a picture of the continued struggle with race issues that America has yet to resolve. In a time when the country is increasingly divided, at the very least, American audiences have come together to watch a show that portrays a loving black dad facing his own issues but trying to do the best he can for his family.

Interracial families, adoption and coming of age as a black man are far from the only issues that “This Is Us” isn’t afraid to tackle. Siblings Kate and Kevin both struggle with addiction, a tendency they inherited from their alcoholic father.

As a dangerously overweight woman in a society obsessed with appearance, Kate has to learn to face her food addiction and body issues in a journey that isn’t about going through a “Biggest Loser”-esque transformation; it’s about learning to live with herself. Kevin, the third triplet, falls into the same trap that has ensnared so much of white, rural America: opioid addiction. His descent into getting hooked on prescription drugs is all too believable when opioid addiction is a public health emergency that claimed the lives of 116 Americans every day in 2016.

Is “This Is Us” a heartrending watch? Sometimes. But it’s also an at-times goofy, often joyous, always gentle story that includes enough lightness and humor to be watchable … and to remind you to appreciate your own family, if you happen to be as fortunate as the Pearsons. 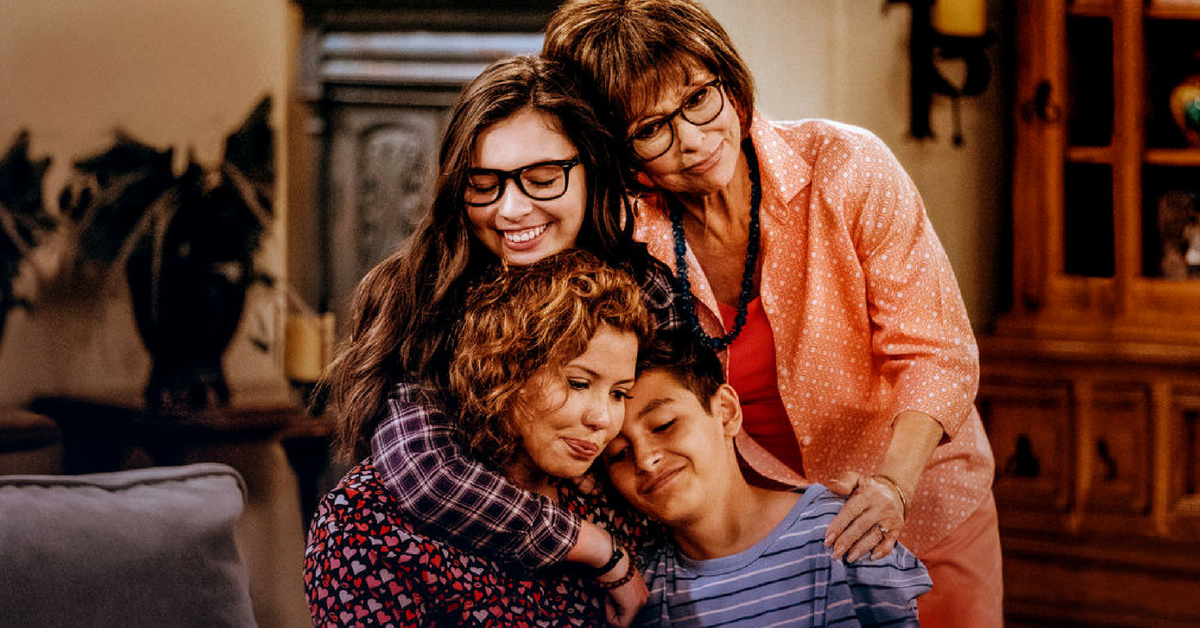 A reimagining of the 1970s sitcom, Netflix’s “One Day at a Time” is both the immigrant family’s experience and every American family’s experience, encapsulating the strangeness of life in 2017 and 2018. Penelope Alvarez (Justina Machado) is a single mom working to hold her family together as her kids navigate being teenagers; their three-generation, Cuban-American household also includes her mother, played by the delightful Rita Moreno.

Daughter Elena (Isabella Gomez) serves as the stand-in for an uber-progressive “SJW” type. Some of the show’s best moments depict how her family deals with her penchant for social justice in a loving way. Sometimes they affirm an issue she’s truly passionate about, but when they don’t understand or indulgently treat her SJW extremes as an adolescent phase of sorts, they accept her regardless … even when she self-consciously refers to herself as the gender-neutral “Latinx” and leaves everyone confused.

“One Day at a Time” gives its characters space to talk about the nuances of race, including the contrast between the immigrant and first-gen experiences, respectively, and even what it’s like to have darker skin vs. lighter skin as a person of color. Yes, many of the issues “One Day at a Time” addresses have been labeled “progressive,” i.e., gay rights, feminism and gun control, but it’s also a fully pro-America, pro-military show that centers on a veteran trying to raise her kids in the land of opportunity. Like the other two shows on this list, it will likely infuriate (and delight) both people from the right and from the left, depending on the episode. Which is as it should be.