No, Carly Fiorina Is Not ‘100 Percent Wrong’ about the Planned Parenthood Videos 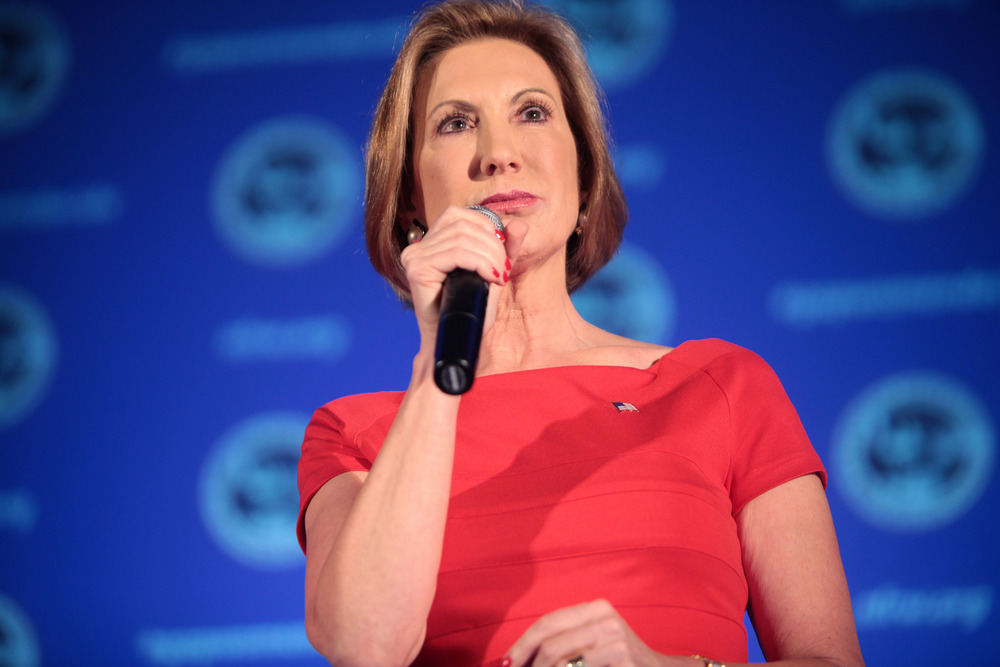 “I dare Hillary Clinton, Barack Obama to watch these tapes. Watch a fully formed fetus on the table, its heart beating, its legs kicking, while someone says, ‘We have to keep it alive to harvest its brain.'”

This quote set off the fact-checkers saying that Fiorina was wrong. Probably the most referenced one was Sarah Kliff’s piece for Vox titled Carly Fiorina is wrong about the Planned Parenthood tapes. I know because I watched them.

In the originally published piece, Kliff initially claimed that she has no idea what Fiorina is talking about with the kicking fetus. She ended up adding that there was a kicking fetus when Mollie Hemingway called her out on it, but she maintained that Fiorina’s statement was false.

There are three key parts to Fiorina’s statement:

Part 1 is true. There is clearly, obviously video of a [content warning: graphic video] fully formed kicking fetus lying on a table, cold and alone, as it dies without the support of its mother’s body. This is indisputable.

Was this footage from an abortion? Answer: Yes. From The Federalist we learn about the child in that video:

there is footage of another baby boy around the same gestational age as Fretz who is not stillborn either, but a baby who survived an abortion and was left in a metal bowl to die.

The next question is “did this happen at a Planned Parenthood clinic?” This we don’t know. I’m not sure it matters enormously because the scene being described by the Planned Parenthood technician so closely matches the scene in the video, I find it hard to believe it was conjured out of thin air. It seems much more likely to me that this event (the survival of a fetus from the birth canal) happens with some level of frequency and is simply accepted as a cost of doing business in an abortion clinic. The bad press a clinic would get from trying to save a baby like this (in accordance with federal law) vastly outweighs the benefit of simply letting it die quietly without intervention.

Part 2 is false. Nowhere in these videos do we see anyone say “we have to keep it alive.” As far as I can tell, no one says this anywhere in the videos. I didn’t expect this to be true because throughout the videos the Planned Parenthood representatives take great care to not say things like “alive” or “viable.”

The Planned Parenthood employees use terminology very carefully and you can see how worried they are when the video creators start using non-medical terminology. The Planned Parenthood employees prefer terms like “calvarium” instead of  “head” because that is a method of disassociating what they do from the gruesomeness that most people would see it to be.  I would have been surprised if they used the term “alive” instead of something like “responsive” or “active.” 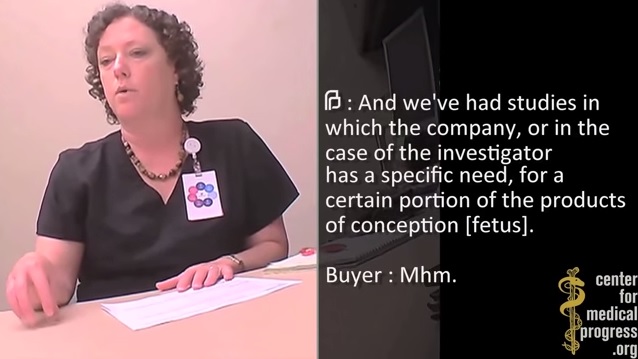 One of the issues the videos raise is that a fetus is normally terminated with digoxin in order to verify that the fetus is dead before extraction (to make sure the abortion doesn’t violate federal law against partial birth abortions). However, it seems that digoxin inhibits fetal stem cells in cultures, so this is a technique the Planned Parenthood doctors avoid if they intend to deliver viable organs. When digoxin is not used, there is a higher likelihood that the fetus is delivered intact. In other words, there is a chance that the fetus is born and would require full protection under the law.

I believe this is what Fiorina was referring to when she said “we have to keep it alive to harvest its brain.” If someone wanted to believe that she is telling the truth, they could say “what she is saying is true in essence. They do need to keep it alive (by not delivering digoxin) in order to viably harvest the brain (which is a service that Planned Parenthood does provide and is not in dispute).”

If, however, someone wanted to say that Fiorina was lying, they could say any of the following things:

The fact checks on Fiorina’s quote have mostly come back as “false,” a matter of trying to read her comments as closely as possible because the checkers want to deliver a “false” result. There is an interpretation of Fiorina’s statement that can justify it, and I don’t think it is an outrageous interpretation. But it is not one shared by people who have already decided they want Fiorina to be a liar.

Fiorina’s electrifying statement was only partially true. She certainly gave a false impression with the statement she made, which sounded like a quote but was more a large-scale paraphrase of the video. In this way, it seems like a missed opportunity, a foul ball that could have been a home run. She could have taken more care to make her statement air-tight and in alignment with the videos.

Then again, if she had made a more air-tight statement, less heightened and memorable—would we even be having this conversation?