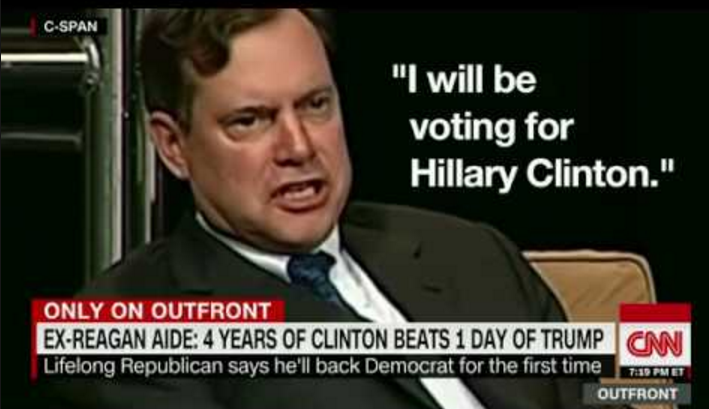 I’m willing to buy this, but only if he curses out Hillary for being such a terrible person

I’ve always been a bit of a contrarian so I’m pretty used to not having my viewpoint reflected anywhere. But even with this expectation, it’s been astounding and frustrating how many left-of-center individuals and groups have plugged their ears to those on the center-right. This could be an election in which we mend fences of respect in pursuit of a common goal. Instead, the alienation is getting even worse, even as many of us agree.

I’ve been anti-Trump from the beginning. And the closer he has gotten to the presidency, the more stridently I’ve been anti-Trump. I’m still juggling the pros and cons of voting for Hillary Clinton or Gary Johnson, but I’m revolted that I have to make this choice.

I’m not alone in this.

For their recent piece “Lifelong Republican Voter In Ohio Feels Disenfranchised By Her Own Party,” I listened eagerly as Katie Rooney, self-proclaimed lifelong Republican, describes her frustration that she feels the party left her behind.

I identify with that. I’m on that train. So I listened.

She described how the she wouldn’t want her kids to grow up to be someone like Trump. I’m with you, Katie!

She mentioned that she was voting for Hillary. I’m fighting with that myself, but I respect people who have made that choice.

But when asked why she was voting for Hillary, she started “Well, first of all, no one has been groomed for this position more than …”

I don’t know what followed that because I violently hit my radio and screamed at her in my car.

Was NPR unable to find a “Republican” who is repulsed by Hillary? Or even able to find one who, when asked why they are voting for her, doesn’t just basically recite her damn website?

There are lots of reasons to vote for Hillary. If you’re a Republican, basically all of them involve voting against Trump. This shows up powerfully in the polling where almost half of Clinton’s support is focused on stopping Trump. 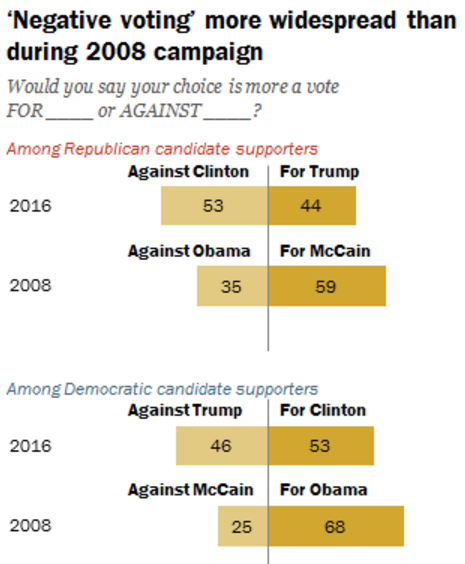 Grabbing a “Republican” who lauds and praises Hillary Clinton isn’t “reaching across the aisle.” This example is nothing more than the latest episode in the time-honored tradition of finding the “lifelong Republican” who is voting for the Democrat. They found these people in 2012 against Romney and they found them in 2008 against McCain.

People are trying to pretend this is a normal election, going through the paces from the “lifelong Republican” story to the celebrity endorsements of the Democrat. In doing so, they are implicitly claiming that Donald Trump is exactly like every Republican who has ever run for office.

They are treating Trump like Mitt Romney, which is not only an vicious insult to Romney but (more dangerously) an insidious way of elevating Trump.

Liberals and left-leaning media: Stop it. For the good of the country, for the love of God, for the good of your own souls, please stop going through the fucking motions on this election. Stop treating it like the same cynical game you always play. Treat those who fighting against Trump on the right with a modicum of respect. Talk to us and accept that we distrust and despise Hillary Clinton but understand how monstrous a Trump presidency would be. People need to see honest, ideological opposition from people who are still repulsed by Clinton.

What we do not need (and what you need to stop pushing) is people who pretend to be Republicans and who find Hillary just so delightful. She is not delightful. She is a disaster, an awful, cynical, egotistical, prideful, deceitful, wretched person who happens to be less of a threat to the republic than the other guy.