I Will Never Vote for Trump 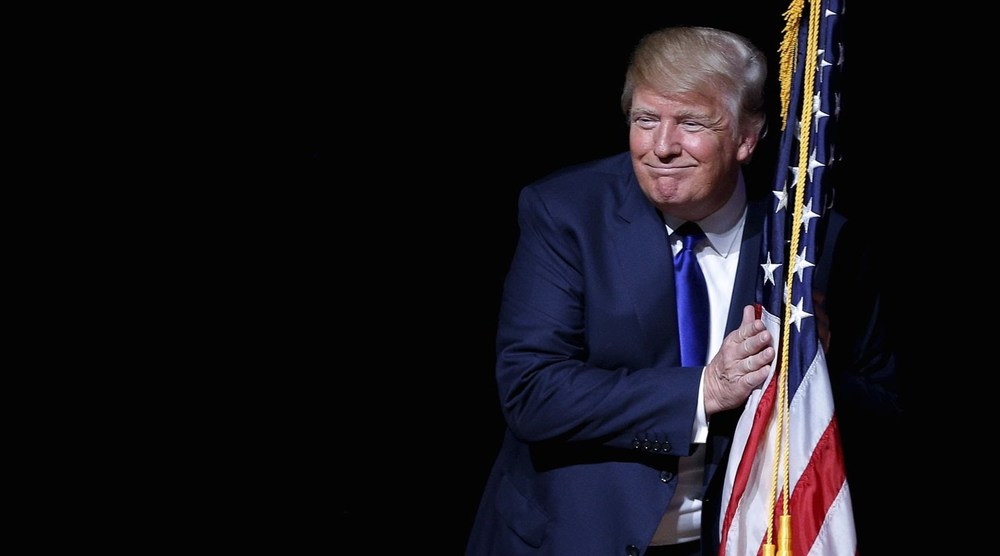 I can never vote for Donald Trump.

It’s not necessarily because I’m offended by his politics. It’s because he doesn’t really have any.

The man has taken a lot of controversial stances — advocating war crimes, proposing an unwieldy border wall, calling to ban all Muslim immigration — and said offensive things about women, the disabled, Hispanics and many other groups.

But it gets worse than bullying disabled people and treating women with sexist contempt. Because beneath the petty, thin-skinned, carelessly cruel surface of Donald Trump is a solid layer of ::nothing::.

Trump has no principles, nor does he have even a basic understanding of many important issues. He’s just a lunatic salesman, selling himself for a job he knows essentially nothing about. It’s been reported that Gov. John Kasich of Ohio, one of Trump’s former rivals for the presidential nomination, was offered the chance to be “the most powerful vice president in history” because he would take care of foreign and domestic policy … while “President” Trump handled “making America great again.”

Trump is an empty suit. Voting for this man is either a move of total desperation or complete denial.

Just recall this red flag from Trump’s “doctor’s note,” one of the most bizarre moments of an incredibly bizarre campaign:

“If elected, Mr. Trump, I can state unequivocally, will be the healthiest individual ever elected to the presidency.”

That is an impossible claim! Any intelligent person should read it as a warning that the campaign does not take truth seriously.

None of this nonsense should be surprising, given Trump’s history (and continued involvement) with multi-level marketing schemes that exploit everyday Americans; his reputation for skipping town and not paying his employees; and his casual penchant for gathering (plagiarized) Twitter material from white supremacists.

Smart people owe it to themselves and their country to snap out of their Hillary-hating haze and recognize the warning signs that they would recognize in any other advertising scenario. Are you supporting Trump because the economy is bad, the world is dangerous and things are only getting worse? I’m listening to you … and I’m asking you to hear me when I say that Trump is not the answer to your problems.

Donald Trump is a con artist. He is a walking void, the very “abyss” into which Cruz warned we were all staring.

If you really want to know Trump, just talk to the guy who invented him: Tony Schwartz, the writer behind The Art of the Deal. In a recent interview with The New Yorker, Schwartz confessed that he had “put lipstick on a pig,” saying that the work was better titled “The Sociopath” and calling Trump a strategic liar “with a complete lack of conscience.”

But it’s this analysis that should scare you to death: