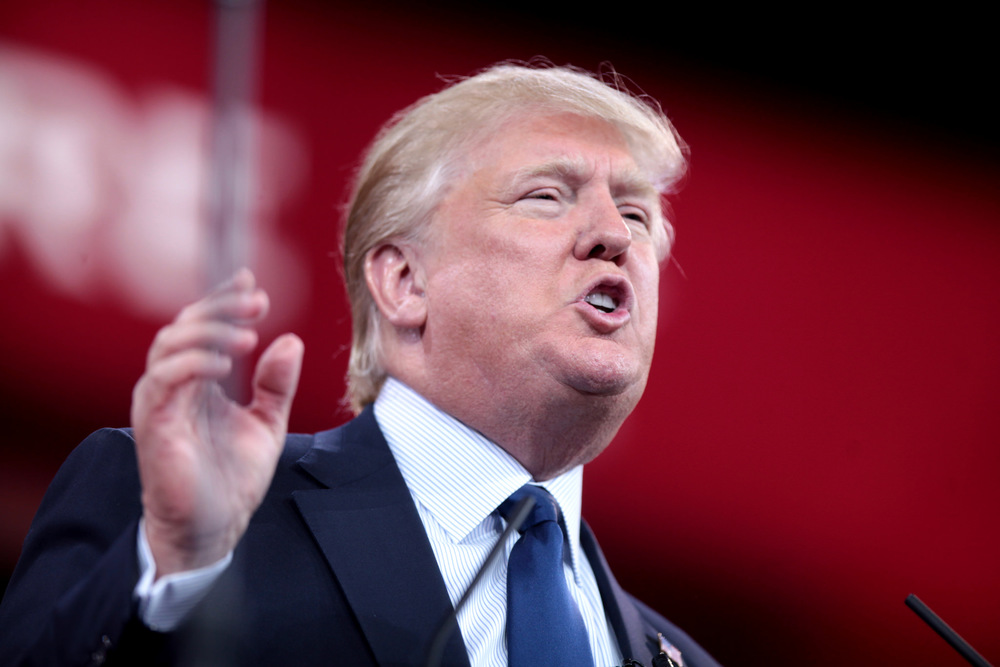 You, an American voter, are being conned.

Donald Trump has promised you jobs, a booming economy, security and American pride. He is lying to you. Trump has told you that he can stick it to the man, but the problem is that Trump is the man, someone who built an empire by taking his daddy’s money and then sticking it to the little guy.

Trump does not fight for you. Trump fights for Trump. Anything that gets damaged along the way—including you—doesn’t matter. Take a moment to google “Trump takes insurance from child” or “Trump kicks veterans off Fifth Avenue.” You’ll see it in about 2 seconds.

Bottom line, Trump’s shouts about “CHINA” (emphasis on the “ch”) in debates are wrong, wrong, wrong.

First of all, a president cannot just slap high taxes on certain products because he or she feels like it. Can’t be done. Second, even if King Trump gets his way, China could easily take revenge with its own high taxes on things we make in the U.S. and export there. If we followed Trump’s China tax plan, it could mean that China takes a $225 billion bite out of the American economy.

You will end up paying more for food, clothing and electronics since Trump basically wants to add extra taxes to a lot of what you buy at Walmart, Target and Amazon. That tax will hurt middle- and low-income Americans—not someone rich like Trump.

Trump will try to take our free speech

Trump would try to take it away from you.

“You see, with me, [media outlets are] not protected, because I’m not like other people,” he told voters at a Texas rally. “But I’m not taking money. I’m not taking their money. We’re going to open up libel laws, and we’re going to have people sue you like you’ve never got sued before.”

Nobody really knows what it means to “open up” libel laws, but basically Trump wants to make it OK to come after anyone who says anything he doesn’t like. It’s only a hop, skip and a jump from “let’s take out this newspaper I don’t like” to “let’s stop Jordan Ecarma from saying bad things about me on Twitter.”

I hate Obamacare. I hate the fact that I would have paid $695 if I weren’t on health insurance for the past year. I hate that our government thinks it can make my decisions for me. But there’s no way in hell I want a hot mess like Obamacare fixed by someone who just keeps repeating “the lines around the states” when asked about his plans for healthcare. Obamacare can’t be turned off by a magic switch, and we can’t elect a president who doesn’t have a step-by-step process to fix the problem.

Trump took a break from gunning for widows, using veterans as a political ploy and yelling at the pope to spend some time on what he thinks is a huge problem: Amazon. Trump wants to cause vague “problems” for Amazon. Not because he cares about working conditions or their employees or because he wants to protect American customers … because he wants a petty squabble with fellow businessman Jeff Bezos. Four words: It’s all about Trump.

“That’s not right,” Trump said of Amazon. “Believe me, if I become president, oh do they have problems. They’re gonna have such problems.”

If Trump becomes president, you and I and everyone we know in this country will be the ones with “such problems.”