Super Tuesday: Everyone Has a Reason to Say #NeverTrump. What’s Yours? 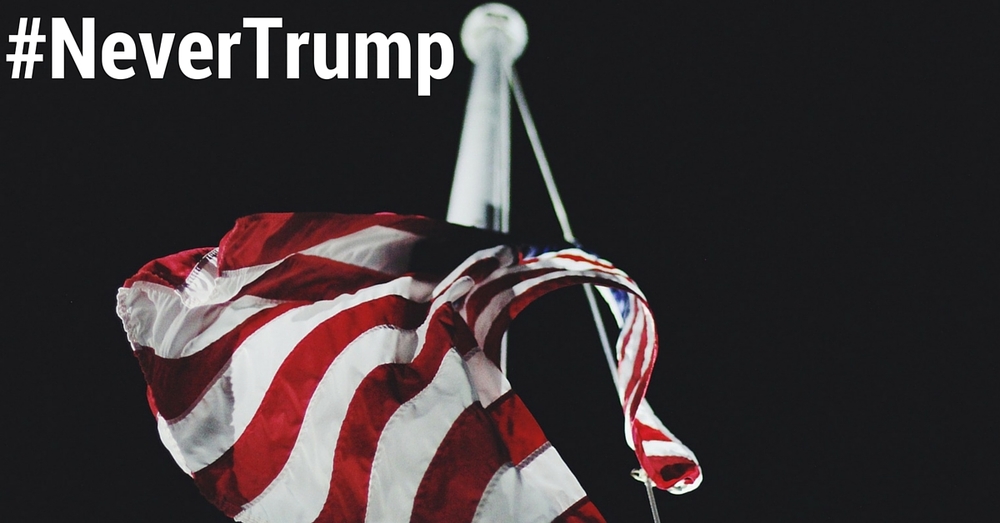 The 2016 election cycle has reached a new insane that somehow feels remarkably sane: a revolution of conservatives the likes of which we have never seen.

But just saying the word “conservative” doesn’t mean much. We should start describing ourselves so much better than that.

We are people who want you to be able to say your opinion without worrying that you’ll get sued (or worse) for it.

Trump threatening news outlets: “We’re gonna open up those libel laws folks and we’re gonna sue you like you’ve never been sued before.”

We are people who will fight for your right to live out your religious beliefs in peace, whether you’re an evangelical Christian or a Catholic or a Muslim or a Jew or anything else.

Reminder: The GOP frontrunner wants to ban Muslims, exploits tale of shooting them with bullets dipped in pig blood https://t.co/O5r9EhRtjM

We are people who will respect you and scorn anyone who questions your personhood or status as an American.

Trump: “Who do these brown people think they are, thinking they can run for President of the United States?” https://t.co/b0MpQlnGX1

My God.
This is Trump implying that the judge in the Trump U. case is against him because the judge is Hispanic. pic.twitter.com/lpjJJkOUqp

And we are standing #AgainstTrump for the good of all Americans, even the ones who don’t necessarily believe everything we do.

That’s why there have been hundreds of thousands of tweets with the #NeverTrump hashtag. We are calling on Americans to turn back before it’s too late.

Sad truth for which he overcompensates: At the core of Donald Trump is deep, pitiable insecurity. I’ll pray, not vote, for him. #NeverTrump

Everyone needs to know that conservatives are making this trend … #NeverTrump pic.twitter.com/92IpXIaKnZ

The party serves me; I do not serve the party. Principle is always more important than power. #NeverTrump https://t.co/ncBAe2L2l0

So proud of my friend @marcorubio joining #neverTrump. I hope my friend @tedcruz joins us too. https://t.co/4LZPbQELP8

#NeverTrump because if a Democrat is going to destroy the country, they should at least admit they are a Democrat.

.@benshapiro dismantles the myth that @realDonaldTrump is a truth-teller. https://t.co/pl90tw1RAJ #NeverTrump

You see what’s happening here @Reince? I know it’s largely out your control. But you better take note. #NeverTrump

Donald Trump will never be the nominee of the party of Lincoln and Reagan. #NeverTrump

Whatever happens at the polls, conservatives are not going down without a hell of a fight.