The Ray of Hope in Planned Parenthood Video No. 8 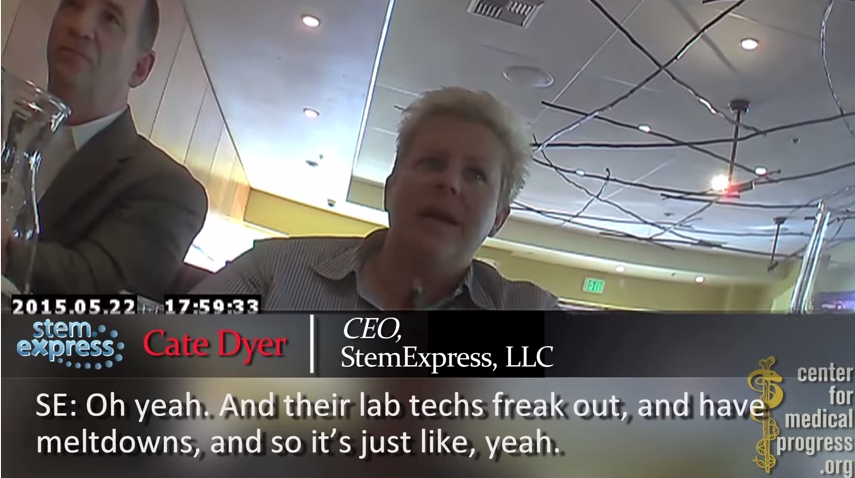 The Planned Parenthood executive who thought that “the headlines would be a disaster” needn’t have worried.

The media were prepared with soothers and explainers to lull the public back into forgetting that to Planned Parenthood, the phrase “women’s health” means ending 327,643 tiny lives in a year before they get to take a first step or say a first word.

Phrases like “terminate a pregnancy” and “fetal tissue” shield us from remembering that Planned Parenthood’s definition of “women’s health” encompasses a procedure that involves counting little arms and legs in glass baking pans to make sure every piece is there. Because that’s the real horror of the videos—we gasp when we watch them not primarily over the question of legality, but in response to the callousness toward human life.

In one of the videos, StemExpress CEO Cate Dyer expresses her lab’s desire for “another 50 livers a week.” (Incidentally, StemExpress has cut ties with Planned Parenthood and removed references to “financial benefits” in relation to fetal tissue and organ harvesting from its website in the wake of the videos.)

That was the quote that made headlines among conservative media. But it was Dyer’s comments on the medical researchers who supposedly love doing life-saving work with fetal tissue that struck me the most when I first watched the video.

Dyer jokes about warning medical labs when an intact baby head is on its way: “Tell the lab it’s coming, so they don’t open the box and go, ‘Oh, God!’”

According to Dyer, researchers practically beg the organ and tissue supplier to make baby parts unrecognizable—because they can’t take it.

“So many of the academic labs cannot fly like that; they’re just not capable,” Dyer said during a discussion of how baby brains should be transported in an intact calvarium (head) so they survive the trip.

We don’t have definitive proof that Planned Parenthood sells baby organs (although “line items,” “benefit” the clinic, “profitable” and “do a little better than break even” sound awfully suspicious to me).

But at least we know that some of the people involved in this horrific process are aware of what they’re doing. Their humanity hasn’t become desensitized yet. They know they’re cutting up tiny limbs that belonged to a person whose life was forcibly snuffed out. It’s a ray of hope in the exceedingly dark world exposed by the videos—a very tiny bit of light, so small it’s comparable to the little hands and feet researchers want sliced off before they work with what StemExpress supplies.