Katie Couric Lied So You Could Feel Good about Your Opinion 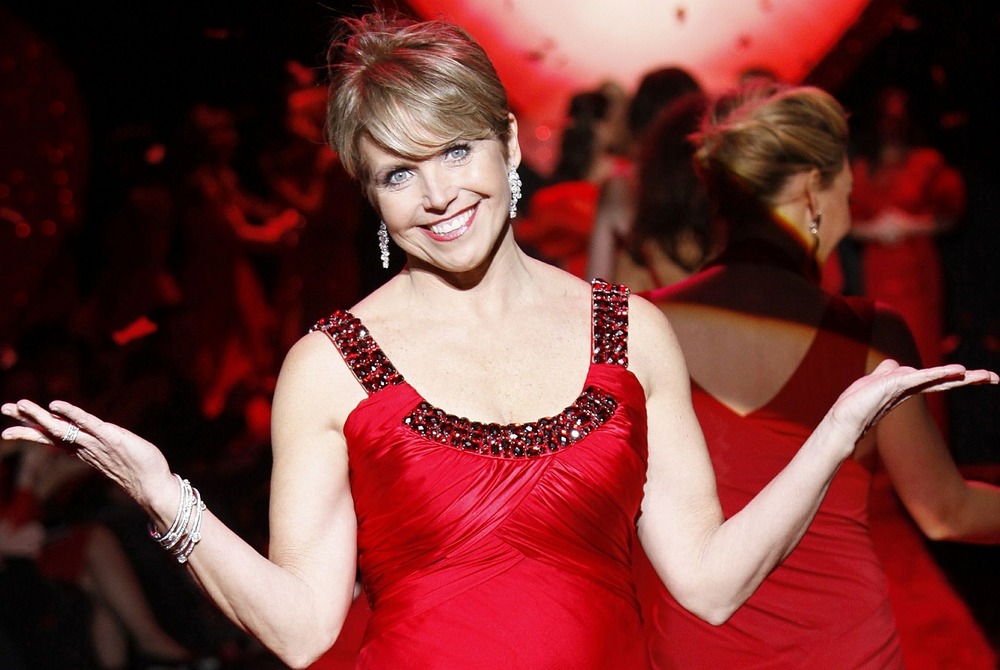 I harbor a long-standing hatred for political documentaries. The first political doc I ever watched was “Bowling for Columbine,” which was Michael Moore’s big breakout film back in 2000-mumble-something. I was following the film pretty well until the last big scene, in which Moore walks into Charlton Heston’s house and interviews him.

The scene was so obviously constructed during the editing process and untrue to the real-life encounter that I found it an insult to the intelligence of the audience that we were even expected to take anything in the interview seriously. There was a ham-handed nature to the cuts and obvious emotional ploys that I found artistically absurdist and ridiculous on its face.

“Bowling for Columbine” won the Oscar for Best Documentary. This served as my first lesson in the nature of propaganda. Propaganda, while obviously false to the skeptic, is a form of higher truth to the faithful. It doesn’t matter if that truth was arrived at through lies or tricks, because the higher truth is bigger than the more prosaic forms of truth that we deal with in our day-to-day lives.

The documentary’s success despite its obvious manipulation of the truth also served as a lesson in art and life. Our emotions and intellect are easily manipulated through artistic forms like film, making misleading documentaries exceptionally dangerous. In feature-length documentaries, the audience is typically brought along through a series of statements, factual assertions, and emotional impressions to the author’s conclusion. If we cannot trust the author to deal with us honestly, the documentary is worse than worthless. It’s a lie that stays with its audience and becomes all the more insidious because it appears to be rooted in fact.

That is why everyone (not just gun-toting crazies on the right) should be upset about the audio revealing that Katie Couric blatantly misrepresented sources and lied to her audience in her documentary “Under the Gun.” Couric is a respected and well known journalist, so we expect her to lend her name only to an objective reporting of the facts*.

Instead of reporting the facts, Couric participated in a farce in which she interviewed members of the Virginia Citizens Defense League. She asked them a question, to which they responded with cogent and clear answers. But in the editing room, she cut her question to be more pointed and, instead of reporting their answer, the director cut in B-roll from an entirely different part of the interview in which the interviewees were silent. The implication was that they had no answer to the question, that Couric’s wit and sharp morality had stunned them into silence.

First of all, let’s get the denunciations out of the way. Couric lied, pure and simple. This manipulative editing is amateurish, absurd, cruel, dishonest and vicious. This is what a 15-year-old film student does when he wants to appear clever but is actually quite dull. There is no possible excuse for this kind of behavior in the realms of journalism or documentary filmmaking.

But let’s not lay the blame fully on Couric.

Don’t get me wrong. Couric is an adult and a serious professional and this kind of behavior should end her career. But this is also what we, in the era of Facebook and the “Daily Show,” have come to expect. This narrative is what we demand from our reality.

Let’s ask ourselves this question: Who is likely to watch this documentary? Who is the target audience? Almost certainly not pro-Second Amendment advocates. Most likely this is being marketed to a young liberal demographic, eager to see the pro-gun team DESTROYED or EVISCERATED or MOLECULARLY DISEMBOWELED or whatever gory term Salon decides to use to describe the three minutes of comic rambling mixed with heavily edited single-syllable response footage of the token conservative stupid enough to agree to a four-hour interview (from which 23 seconds can be extracted) with a “Daily Show” alum like Samantha Bee or John Oliver. Because, let’s be honest, no one watches the actual “Daily Show” anymore.

These VIVISECTED segments that we get from comics have destroyed our ability to process opposition. They have conditioned us to expect that whomever we happen to oppose ideologically will be swiftly and easily dispatched with a single pointed question. If they are not, if they have a cogent answer to our question, that threatens to break through our intellectual armor. If someone actually objects, with intelligence and thoughtfulness, to the objection we thought would render them speechless … what are we to do?

That never happened with Jon Stewart.

We should blame Couric for this deception, but we’re missing the bigger picture if we ignore the culture that influenced her to misrepresent the facts. She positioned herself as a journalist to an audience that demands entertainment. She may even have wanted to deliver the truth, but the truth is boring. We don’t want the truth anymore. We want our side to win quickly and without opposition. We want to play the political game in God mode, without a pause to re-align our arguments to adjust to intelligent opposition.

In short, we just want to feel good about ourselves. If Couric had given her audience the honest answer, she would have robbed them of their self-righteousness. They aren’t watching the documentary for the truth, they’re watching it to have their opinions reinforced. They’re watching to see themselves as the intellectual heroes, the gods of ideological combat, cutting down the foes of liberalism with a single mighty question against which no one may stand.

You may have made the mistake of thinking that this documentary is about facts. In reality, it is about reinforcing the sense of self-righteousness that we demand from our entertainment. Katie Couric the journalist should be ashamed. But Katie Couric the documentarian can stand proud. She is now among the great award winners who know that cruelty and lies are acceptable in service of the “greater truth” the audience so desperately desires, even when you have to create fiction to find it.

*insomuch as it is possible for facts to exist in a world consumed by deconstructionism, blah blah, Derrida, blah blah get away from me, I’m taking my meds I swear