Raise Your Hand If You’re a Conservative Woman 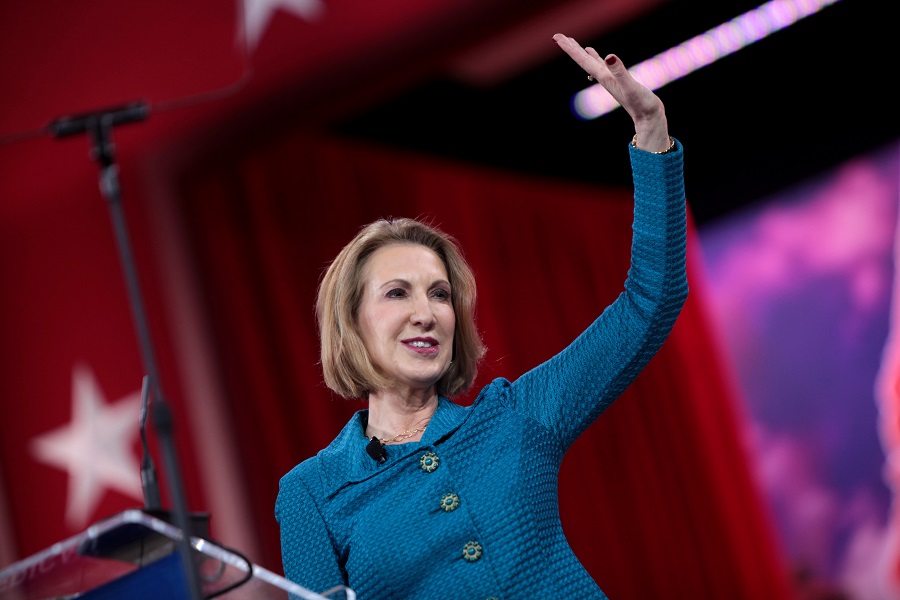 Carly Fiorina is a problem.

If you’re liberal, that is. The New York Times recently documented the mingled admiration and horror that progressive feminists feel for Fiorina. She’s smart and tough and owns a debate stage like nobody else in this stage of the 2016 game. She walks like a boss, nails questions on topics as nuanced as the climate change debate and has managed to make a BuzzFeed appeal to millennials without looking as if she’s trying too hard.

A conservative woman who both calls out sexism and gets passionate on the behalf of the unborn is a serious problem for liberal narrative—because feminists are always pro-choice, right?

Fiorina poses enough of a problem to incite feminist columnist Amanda Marcotte, who recently attempted to neutralize Fiorina by painting her as an “anti-woman” mouthpiece who fakes passion for the pro-life cause in order to ensnare other women.

Writing for Salon, Marcotte storms against Fiorina’s “outrage” and “gloating” in a piece headlined “Carly Fiorina, please get over yourself: No, liberal women aren’t surprised that anti-feminist women exist.”

It’s not a great mystery why the conservative movement prefers female spokespeople for anti-woman ideas. The image of a bunch of angry white men ganging up on women is a bad look, as was demonstrated by the ugly display at last week’s congressional hearings on Planned Parenthood, where a bunch of men kept interrupting Planned Parenthood CEO Cecile Richards and reminding the public of the sexist contempt that drives the anti-choice movement. Putting a woman out front can help deflect accusations of misogyny and give credence to whatever cover story conservatives are trotting out to justify sexism today, whether it’s “life” or “family” or “tradition”. That’s been true for almost 200 years now. Carly Fiorina is just the latest in a long line of women who cynically exploit the need for a female face on the anti-feminist movement for their own power and gain.

Marcotte is nonsensically accusing Fiorina of putting on “woman face”—because conservative women don’t exist. Fiorina is a fake and it’s all a conspiracy. Either she’s letting herself be controlled by the patriarchy or she’s totally brainwashed because no woman truly holds pro-life views.

But when Marcotte denies Fiorina’s lived experience, she denies mine, too.

I’m a conservative woman who is just as adamant as Fiorina when it comes to protecting life. I’m also an outspoken feminist who won’t put up with everyday sexism, devotes a weekly column to talking about women in film, and is never more passionate than when talking about empowering and representing women.

I’m sick of being told I don’t exist. I’m tired of enduring condescension from a movement that demands widespread representation for 0.3 percent of Americans while telling half of the population that we only count if our opinions properly match up to progressive views.

Some women are strongly pro-choice, and they have every right to that opinion. But liberals are lying to themselves if they think all conservative women have somehow been bribed or brainwashed into “misogynistic” ideas. Saying every woman votes based on particular body parts is not only peculiarly misogynistic but also just plain untrue.

You can try to silence Fiorina, but I promise you there are plenty more like her. And we’re getting louder all the time.