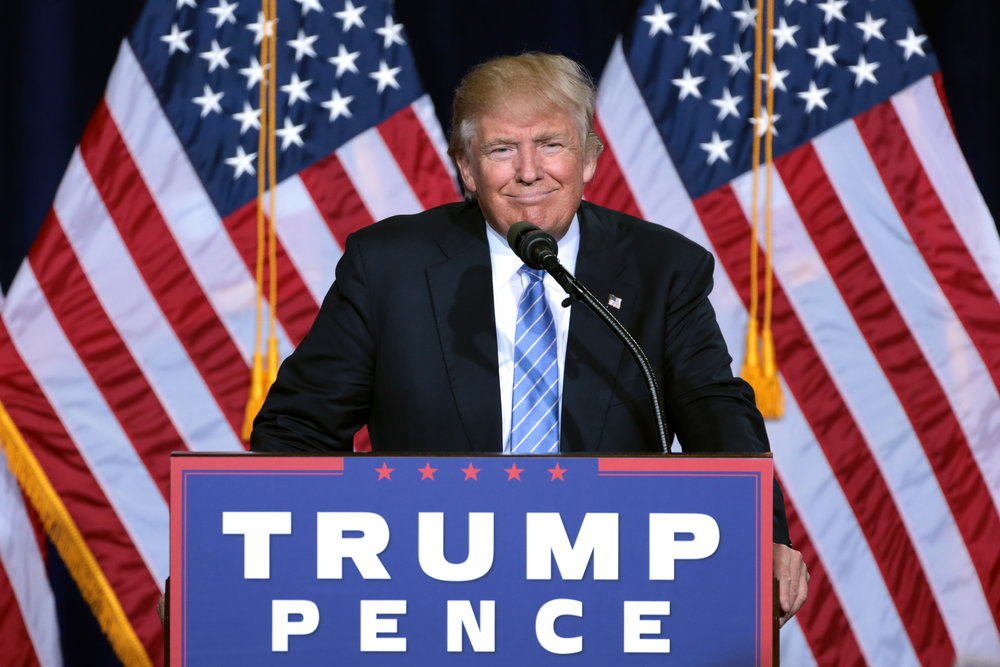 By J.D. ECARMA and MATT SHAPIRO

Back in what seems like a much more innocent time (2004), National Review published a tongue-in-cheek cover story on Howard Dean asking Democrats to “please, nominate this man” for president. Many on the right were excited at the prospect of a Dean candidacy since there was no doubt that such an extreme figure would be easy to beat. Right?

Amid a collapse in some key states and an unfortunate and famous moment of audio distortion, The Dean crisis was averted for Democrats. A couple of months after his “Please, Nominate This Man” story, NR’s Rich Lowry wrote about “genuinely angry complaints” from upset readers on the right who believed the cover had helped take Dean down.

For his part, Lowry commended Democrats for realizing that Dean was a disaster (whether or not his cover story influenced it), writing, “We should want the Democrats to be as reasonable and responsible as possible, and at least John Kerry is more of both of those things than Howard Dean.”

Fast-forward to spring 2015. The Hillary Clinton private email server story has just broken, and it seems as if the stars are aligning for Republicans. There was speculation around Joe Biden entering the race, but Democrats in general seemed to agree that this was just Clinton’s year and no serious alternative candidate emerged in the early days of the campaign. It seemed certain that any GOP nominee could beat a politically damaged Clinton. Right?

But as Clinton fought to fend off a shockingly strong contender in Bernie Sanders, Republicans faced woes of their own: a field of GOP nominees that illustrated the fissures in the party and divided the vote in favor of businessman Donald Trump. 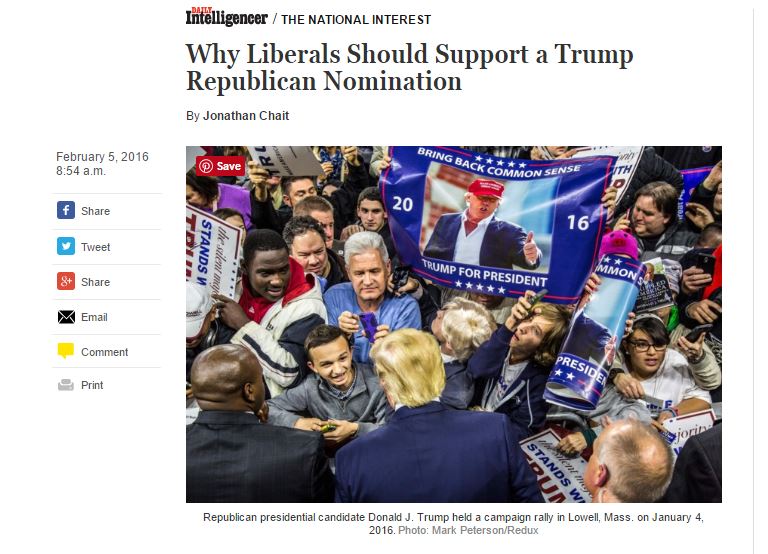 Trump tapped into many voters’ real concerns: fear for their jobs in a still-struggling economy, frustration with a culture that had sacrificed them on the altar of political correctness, distrust toward politicians and journalists alike. But his Make America Great Again message was amplified by a media dying to pit him against Clinton because… well… think of the ratings! Think how easy it will be to fact-check him! Think how far down this will drag then entire GOP (including promising young GOP stars like Paul Ryan, Marco Rubio, or Scott Walker)! Think how easy it will for Hillary to beat him! Did I mention the ratings.

The conservative Media Research Center found that CNN primetime covered Trump more than all of the other GOP candidates combined. Their first showdown was the most-watched presidential debate in history.

For their part, the Clinton campaign stressed over Sen. Marco Rubio during the primary, hoping to take him down early. Democrats saw the large GOP field as a gift, strategizing ways to halt the candidates they saw as reasonable (and winning) politicians and to elevate those whom they perceived as fringe: Dr. Ben Carson, Sen. Ted Cruz … and Trump. There were a few dissenting voices who saw Trump as too great a risk to allow in the general election, but for the most part, liberals were thrilled because surely he’d be so easy to beat.

Have yet to encounter a liberal not ecstatic about Trump. https://t.co/DXgk0t3XIx

Q: But Brendan, Trump can’t beat Hillary! So this is all upside!
A: Anything can happen.
Q: LOLOL yeah right.
A: https://t.co/on7dx7MxYy

Proof there is a God: I prayed every night for a year for Trump to win R primary. SHE EXISTS, and she made him win! Tx God. #Trump

When progressives believed Trump winning the GOP nomination would secure the WH for Hillary, they went out of their way to normalize him. pic.twitter.com/GZLhtX0eKb

Did anyone hear how that turned out?

We have just witnessed the most shocking upset in our political history, and whatever happens next is uncharted territory. Will we learn from 2016 and start hoping for the best from each party, from every candidate, from all of our leaders, regardless of the “threat” a worthy opponent is to our “side”?

We’ll see. 2020 is a long way off, and tomorrow is another day. Whether you were a Trump voter on Nov. 8 or not, you have a mission. Sen. Ben Sasse of Nebraska, who famously opposed Trump in the election, summed it up well:

When the time was right to do so, we at Paradox wrote at length about the risks we saw in a Trump administration. That was then. The task at hand now is to support our new president-elect, hold him accountable, and hope for the best for our country.

This does not in any way include an abandonment of criticism or caution. We should all, before Trump takes office, take stock of what we think is and is not acceptable from a Trump administration and hold not only Trump but also ourselves to this standard. To be unendingly, self-righteously critical of President Trump for doing what every other president has done is to give him license to do what no president has ever done.  We must hold out the hope that Trump will be a good president and give him the grace he need to make good decisions.

Perhaps someone should alert the left.

they have learned nothing pic.twitter.com/ZJtjEaeYRN