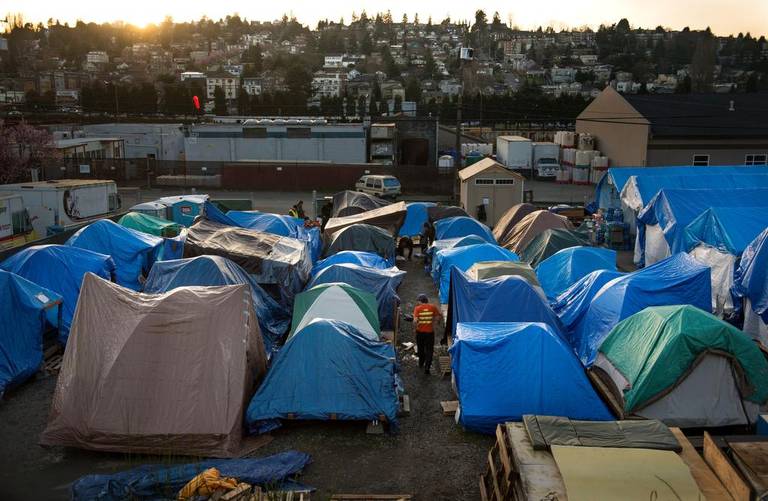 When Amazon announced the result of their search for cities to host their HQ2 expansion, I’ll confess the result was a bit of a surprise to me.

I live in Seattle, and I know dozens of people who work at Amazon. I’ve been interviewed by Amazon, running through multiple loops for a various positions. I know the Amazon culture reasonably well.

Here in Seattle, Amazon has a reputation for being fast-paced, demanding, and stingy to a fault. I’m sorry, the word isn’t “stingy”, it’s “frugal” and it is actually a part of their corporate culture, one of the 14 leadership principles that guide their entire mission. Before the announcement, my suspicion was that, in their HQ2, they would be looking for a base of operations that would serve as an antidote to the expensive and manic nature of their presence in Seattle.

As it turns out, Amazon chose to split their HQ2 into 2 locations, one in New York City and the other just outside Washington DC. I thought they were looking for an antidote to Seattle, but they were, in fact, looking for more of the same just in a different time zone.

A lot has been written about various angles on this deal. The billions in subsidies offered to Amazon. The fact that the entire HQ2 search was likely just a sham to suck detailed educational and infrastructure data out of dozens of cities across the country.

My concern is not in the economic details or the absurdity of the beauty-pageant-esque prostrating of local governments before the economic glory of a monstrous almost-trillion-dollar company.

My concern is that Amazon’s choice was made entirely outside of the context of any moral considerations whatsoever.

The Morality of Business

I was once more of a libertarian conservative and Amazon’s choice would not have bothered me quite so much. They choose where they want to go and that is that, no questions, and the responsibility of the corporation is to the interest of the shareholders, right?

But I’ve lived the last few years of my life in Seattle and I’ve watched our homeless problem grow and grow. When you drive across the lake into Seattle on I-90, instead of some great and inspiring feat of infrastructure, you are greeted with camps of the homeless, hundreds of them. I live well into the suburbs of Seattle and the homeless problem has spread far out of the city proper.

It’s not like no one is trying to solve this problem. Seattle had a plan to solve homelessness. At the end of this aggressive 10-year initiative, we had more homelessness than when we started. We declared homelessness an emergency 3 years ago. The problem still got worse.

Our local government is helpless to solve this problem.

But what does that have to do with Amazon?

I would have said “nothing” until I read this piece from Ethan Epstein on homelessness in Seattle. In it he points out that the main driver of homelessness is rising housing prices. And, on that count, Amazon has not been blameless.

Amazon is located deep in Seattle. The median employee age at Amazon is 31 years old. These are not the people who chose to plant themselves out in a suburb with a white picket fence and space to roam. They live in apartments and houses close to their work. The demand that Amazon creates with these jobs raises the surrounding housing costs.

Raising the housing costs pushes out the existing residents, many of whom have lived here their entire lives, do no have the resources to relocate and end up in our homeless camps.

It’s foolishness to say that Amazon is *responsible* for homelessness. But it is similarly naive to say that they play no part in this dynamic. If they were honestly and openly considering a new location for their HQ2, they are morally obligated to take these kinds of issues into consideration. They do not make their decisions in a moral void, but in the context of real people, real cities, real communities.

Zillow recently published a fascinating study in which they pointed out that there are “four metros currently experiencing a crisis in homelessness — Los Angeles, New York, Washington, D.C., and Seattle” and that “the relationship between rising rents and increased homelessness is particularly strong.”

Amazon is already in Seattle. In selecting New York and Washington DC, they are now bringing high income jobs to 2 of the places in that list already experiencing housing cost related crisis of homelessness.

In fact, according to the National Alliance to End Homelessness, Amazon could hardly have picked two worse places to locate their HQ2.

This isn’t a very popular position for a conservative to take. The conservative movement tends to believe that the only responsibility that a corporation has is to its shareholders. I find this to be a horrific view of capitalism, one that has allowed companies to do all sorts of terrible things with a moral wink-and-nod that whatever they do to increase profits is morally appropriate.

Amazon (and other large companies) exist within specific cities,  within specific communities. And while their very existence in those communities is often beneficial, they have a responsibility to recognize when they are making a negative impact and they need to minimize the negatives they bring to their communities.

Amazon’s HQ2 was a golden opportunity to reduce their costs, expand their operations, and be an undeniable good to the communities they enter. They rejected that path and chose to bring the problems and misery they’ve contributed to in Seattle to 2 new cities already struggling with this problem.