At Least He’s Not Satan: The Best of #NeverTrump 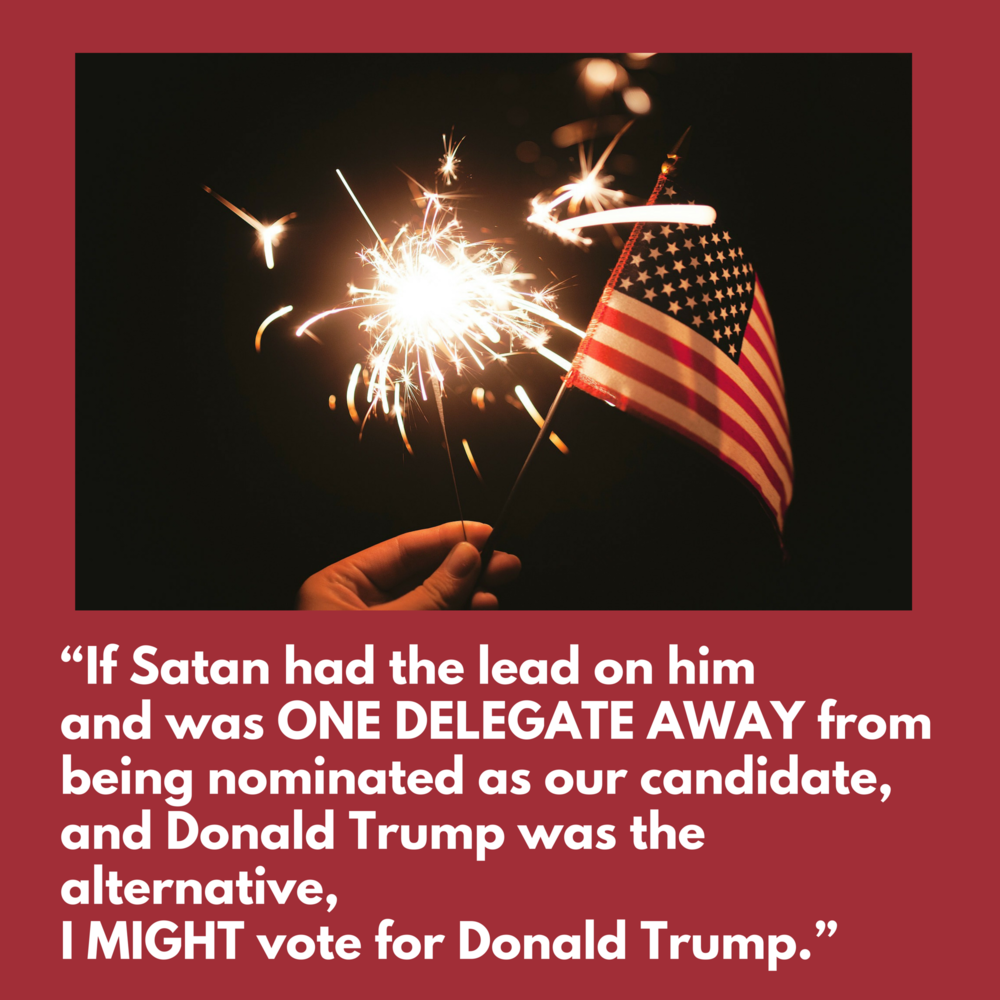 What’s a conservative to do when the movement faces something as terrible as Trump?

Respond with principle and passion … and don’t lose your sense of humor. If nothing else, at least Donald J. Trump has inspired some unforgettable quotes from #NeverTrump conservatives.

I am proud to be anti-Trump. I’ve never been more proud of any political position in my life.

Writer, speaker and commentator Erick Erickson on The Resurgent: