The Adults Have Failed the Parkland Students 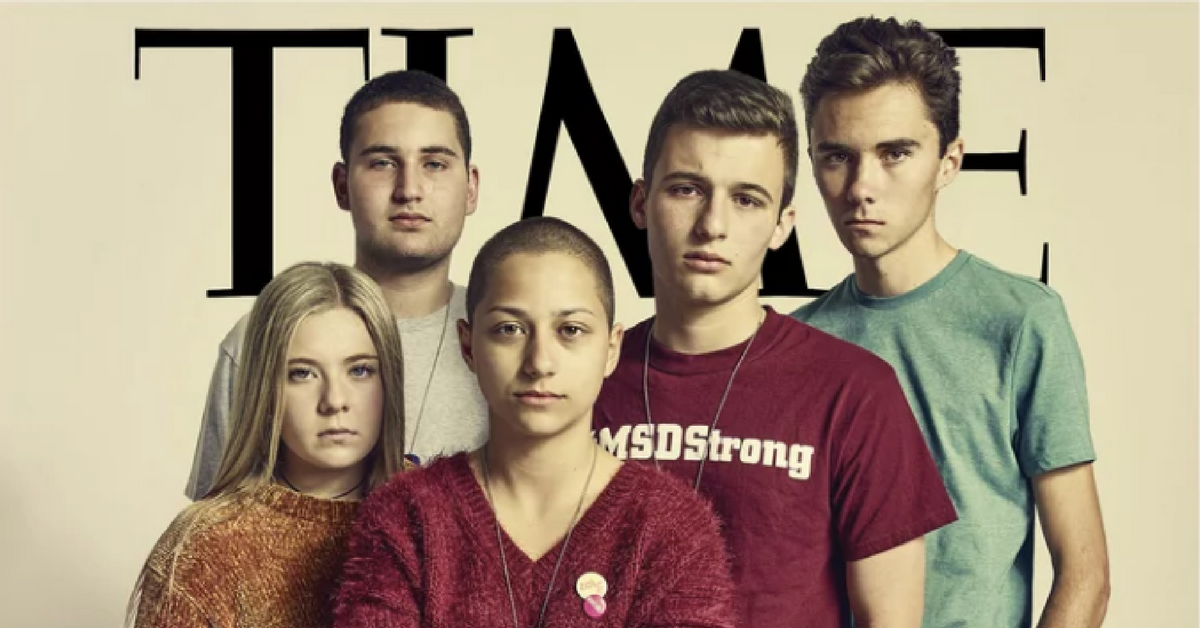 Conservatives often feel that the “mainstream media” doesn’t give their “side” a fair shake. This outsider view has inspired a cottage industry on the right that points to examples of this bias. It ranges from noting that PolitiFact rates the same statement differently depending on the party of the speaker to sifting through example after example of what we perceive to be unfair reporting.

I try to stay optimistic that these problems can be addressed and resolved, but a toxic news cycle in the last month has led me to believe that there isn’t a path out of the journalistic bias spiral. It is the media coverage (from both sides) around the students who have spoken out in the wake of the Parkland shooting.

One problem that stymies every attempt to point out bias is the fact that every situation, every individual on the left or right, is different. You can’t compare Kevin Williamson, formerly of National Review, and the attempts to get him pre-fired from his new position at the Atlantic to someone on the left because his views are unique, the Atlantic is unique, and any person you compare him to on the left will have their own unique positions and statements that live in a unique context.

The Parkland students are different. Unlike writers and commentators in the media, these high school students didn’t come to a position of influence based on their work or a history of eloquence, education or audience impact. We speak to them and listen to them because of what they have gone through. We listen to them as firsthand victims of a mass shooting. That is the unique perspective they bring to the conversation.

This is an important perspective. Many people have argued that we shouldn’t be listening to teenagers, that they are just kids, or that they are being influenced by outside political forces, but I think giving them space and opportunity to speak is valuable. And I think we should be listening.

We should be listening to all of them. But we aren’t.

I’ve watched in shock and despair these past few weeks as the survivors of the Parkland shooting have been sifted into the “good” kids and the “bad” kids, based purely along ideological lines.

Do you support gun control? You’re a good kid, welcome to the show.

Do you not support gun control? Or perhaps you have any opinion that doesn’t fall within a liberal orthodoxy? Get the hell out of here: Your experience is invalid.

Note: I’m speaking as someone who mostly has exposure to the left-leaning side and knows CNN, MSNBC, and Time Magazine are guilty. If you’re only exposed to right-leaning media like Fox News, these positions are reversed and you’ll see delighted acceptance of the kids “on the right” and the frigid blocking (or outright fury) at the kids “on the left.”

Conservatives – you are doing the same thing with Kyle Kashuv (an intelligent young man to be sure) that the left is doing with DHogg. It all needs to stop. Stop pitting these children against each other; stop elevating their inexperience.

Look, I DO want to hear what Kyle Kashuv & others have to say about his experience. It's not that his voice isn't important. What I object to is the media exploitation and hypocrisy.

My heart aches at this. If you truly care about an unbiased journalistic perspective, the story of the Parkland students and their wide-ranging perspectives was an easy story to report. It practically writes itself.

“The survivors of the Parkland shooting are speaking out, and their experience could influence policy. Some students are arguing that gun control is the best path to safe schools, while others have chosen to focus on the security, police, and protocol failures that occurred leading up to the loss of 17 lives that terrible Wednesday afternoon.”

See, not very hard. If we are listening to these kids because of their harrowing experience, then there is no defensible reason to ignore one of them over the other. Give every student their voice; it’s an easy mission and one that will build enormous bridges.

When you do an interview, bring them all on or don’t invite any of them. If they start fighting with each other … you’re the adult. Explain to everyone that, no, David, you’ve had your chance to speak and now you’re going to listen to Kyle. And no, Kyle, you may not interrupt David, he has exactly as much right to speak as you do.

This was easy. This should have been a simple home run for nonpartisan journalists: Act like adults and help these students (all of them) get their message out.

What we got instead was a sub-group of these kids on a Time magazine cover, while the other kids have magically disappeared as if they were willed out of existence.

I'm sorry, we're approaching the point of an actual disinformation campaign with the Parkland kids, with media orgs highlighting the ones they like & pretending the ones who disagree don't exist pic.twitter.com/SPBPOeUEDY

What we get is the brother of a murdered student disinvited from the March for Our Lives because he wanted to talk about making schools safe rather than talk about gun control.

Meet Andrew Pollack & his son Hunter. Andrew’s daughter, Meadow, was murdered in Parkland. Hunter was disinvited to speak today at the March For Our Lives. He prepared a beautiful speech about securing our schools.
You can watch it here:
Please donate to https://t.co/EwMsgB8IFB pic.twitter.com/Ui84UUOyv9

What we get is a “journalism” that, when it acknowledges that these kids have different points of view, pits them kids against each other like some kind of trauma gladiator tournament.

Parkland student Kasky bows out of debate with Kashuv https://t.co/ScmPgNYGgI

Ryan Petty lost his daughter at the Parkland massacre. Thanks to Twitter, I knew Ryan before this tragic loss; we’ve been following each other for some years.

Ryan is conservative and pro-life. When he visited his daughter’s memorial, he found it festooned with flowers, anti-gun messages and … Planned Parenthood signs. Some people (protesters? activists? who knows) took their message supporting abortion and decided to hang it at the memorial of a young girl whose family abhors that message.

I stopped by MSD this morning to visit my daughter’s memorial. The irony of what I saw is almost more than one can bear. Who speaks for the ones that can’t? #MarchForOurLives pic.twitter.com/ws3nfly5N5

They stole her name, her face, her voice, claimed it as their own, and told lies about what she believed. And they have the audacity to say they speak for her while telling her father and her brother that they can’t speak for her.

To my liberal friends, take a moment and ask why you aren’t outraged about this. Why didn’t you tweet it? Why didn’t we see it on the news? Why didn’t you tell the people on your “team”, “This is not appropriate, we can’t do this. We can’t accept this behavior”?

The rationales are heart-breakingly predictable, but they are a simple part of human nature: We want to be kind to our team and so excuses flow freely.

“Oh, they couldn’t have known she was pro-life.”

“They probably just assumed this because she was young.”

“It’s not really a big deal, you’re just getting outraged to get outraged.”

All the excuses boil down to a strain of thinking that assumes the liberal position is the default one. It dehumanizes anyone who holds a conservative view as a lesser person, not truly worthy of the respect and dignity that we should be giving to all people.

And that’s how the Parkland students are being treated. The “normal” ones are the liberals. The unacceptable ones are those who deviate from the gun control message.

The truly horrible thing is that the aberrant ones aren’t even aberrant because they hold conservative views. Hunter Pollack’s message wasn’t “conservative.” Ryan’s advocacy to make schools safe hasn’t been “conservative.” They simply fall outside the liberal template of what the appropriate actions are. And for that, they become “the other.”

Conservatives have always felt that this was true, but the partisanship around the Parkland students strips away the facade. With every variable removed from the equation except “person was at the school during a shooting,” we get to see march organizers and media figures claim this as their sole qualifying criteria while clearly, obviously, shamelessly adding the unspoken criteria “who agrees with my political desires.”

We had the perfect chance to hear both sides and we firmly, emphatically rejected it.