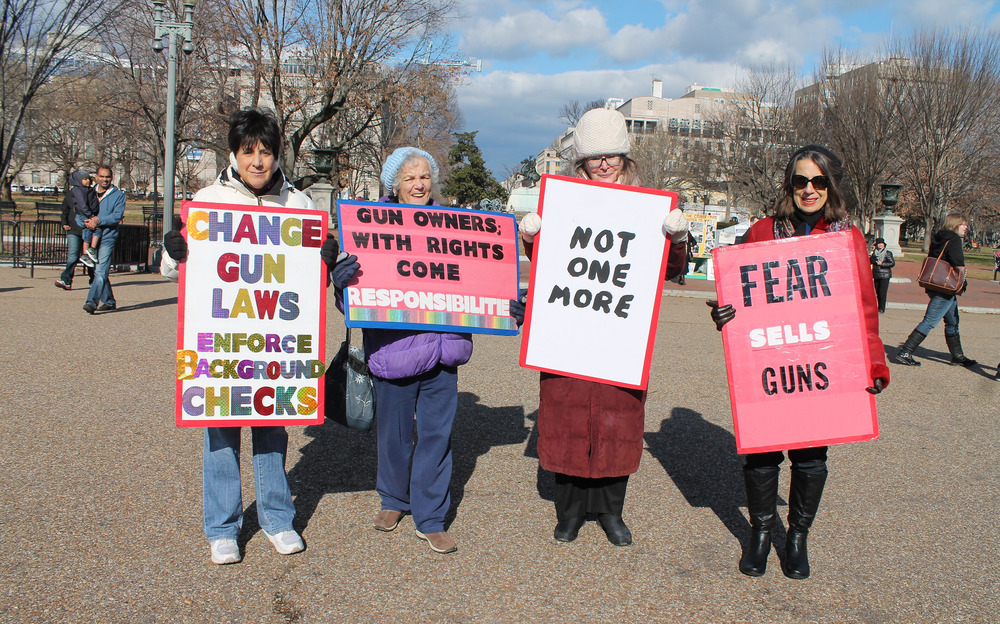 This is not your average voter. Credit: Elvert Barnes via flickr

It’s become nearly an article of faith on the left over the last year that we should be able to get traction on increasing gun control since so many Americans want stricter gun laws. The narrative (one eagerly adopted by folk like German Lopez at Vox) is that Americans desperately and increasingly want more gun laws, but a tiny minority of NRA members are subverting the nature of democracy with their death grip on politicians.

This view is so easily debunked I want to make it my new poster child for innumeracy.

The argument runs this way:

The reason is simple mathematics. Starting with the first point, it is true that the percentage of people who are dissatisfied with gun laws has surged from 42 percent in 2012 to 62 percent in 2016. 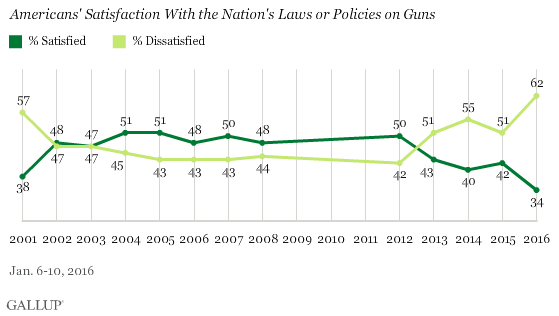 Don’t worry … you read that right. From 2013 to 2016 there has been no increase in the percentage of people who want stricter gun control.

All of the increase in dissatisfaction with gun laws since 2013 has come from people who want less strict gun laws. Looking at the previous statement (but with real numbers attached) …

That is not an overwhelming consensus or a mandate from the people that we must implement and enforce stricter gun laws.

Or, to put it another way, U.S. voters want stricter gun laws in the same way that Alabama voters wanted Obama to be president. 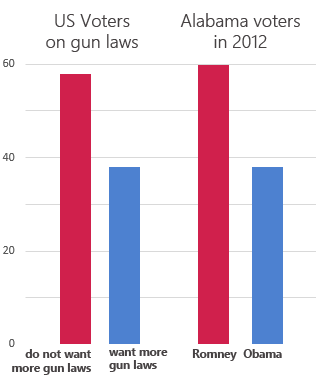 Now, if we cherry-pick the data, we could pull together a scenario in which increased gun control through stricter national gun laws is not a lost cause to voters. We could act as if the increase over the last year from 31 percent to 38 percent is meaningful (while pretending that the decrease from 2013 to 2014 was not).

To be honest, my selection of the 2013 – 2016 comparison is a little cherry-picked itself. You could probably find someone somewhere making any of the following cases from this data set:

All these things are true, if we pick the right ranges or columns of data to make our case. But selectively sifting through the data set to make our point is lazy and biased and shows we have no respect for the data.

We have to take the information as a whole and, doing that, we can really only come to one solid conclusion: Increased gun control is not a popular position among Americans by any stretch of the imagination and there is not a lot of evidence showing substantial movement one way or the other on this position.

Note: Certain policies like background checks on private purchases do tend to have very wide support, but they almost always become less popular when they are implemented because the methods through which they are implemented lean heavily toward punishing law-abiding gun owners.

So when you read “85 percent of American support background checks on private sales” it is never with the addendum “even if those background checks cost the seller hundreds of dollars and drive more and more private gun purchases into the black market.” Even in a liberal state like Washington, when they passed universal background checks they couldn’t get more than 60 percent to vote on this policy that “everyone supports.” So take these polls on theoretical policy projections with a grain of salt.