Would Donald Trump Be a Good Commander in Chief? Lol No. 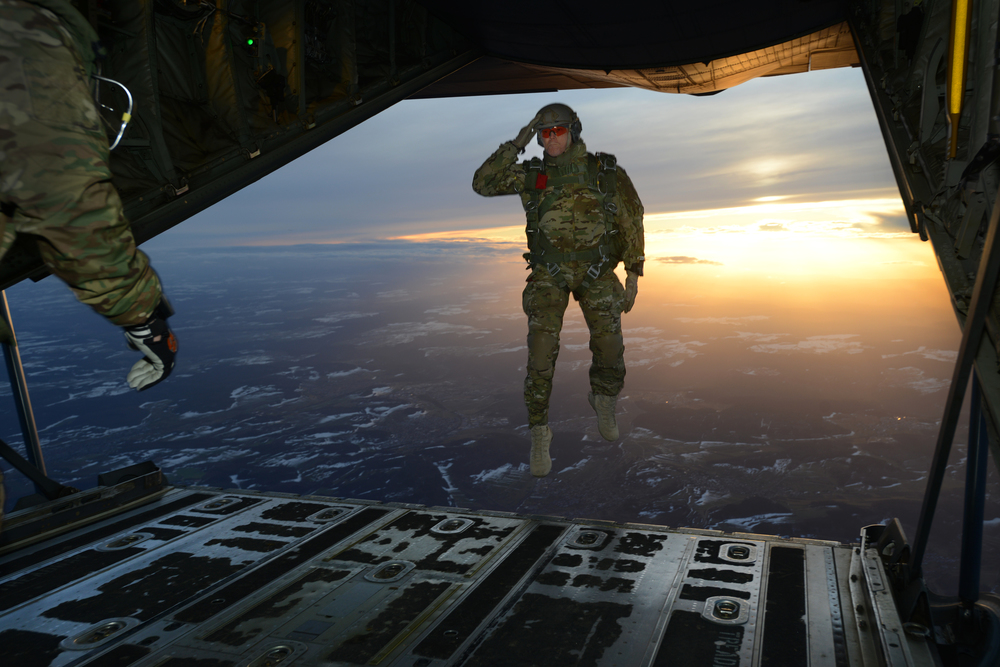 For some members of the U.S. military, the choice seems clear: Donald Trump for president.

Military Times polling says most active-duty troops would vote for him, and I’ve heard from family members and friends alike — service members all — that Trump is the obvious choice because he’s strong and he’ll make our military strong too, after eight years of Obama Doctrine weakness.

But Trump is, really, no better than Hillary Clinton.

Maybe he’s worse, but as usual with Trump, the biggest part of the danger is that he’s completely inconsistent so it’s hard to pin down where he stands or what he’d do.

Here’s what we do know.

1. Donald Trump does not respect the troops

He’s happy to use them for a photo op, but Trump doesn’t care about your service. He deferred his way out of serving in Vietnam, then called a man who actually served a loser for getting captured and enduring torture. He’s also said he doesn’t regret flinging that insult.

Speaking of torture, Trump has also vowed to force American troops to torture terrorists and kill their families — you know, war crimes. He later backed off his public statements, as he often does, but we should all still be deeply worried. What’s more reassuring than the headline, “[The guy who might be the next president] says he won’t make troops commit war crimes”?

It’s almost as bad as “My husband is ‘not Hitler,'” another real headline.

How is the Pentagon, which already struggles to account for its spending, going to improve with Trump’s people calling shots from Washington? It won’t.

Remember when Trump skipped a primary debate to go raise money for veterans instead? It’s been four months, and it’s still not clear where all the cash went.

As his multiple bankruptcies and zero-taxes-paid filings show, Trump is pretty good at using the law to survive financial mistakes. But the fact that he’s made so many stupid mistakes is the problem! You can’t declare a cleverly-structured bankruptcy to get out of a war against ISIS.

Trump’s failure-riddled business history includes extensive involvement with the mob, and he has a penchant for appointing family members and sycophants to run his holdings. This is not a guy who will help military spending get smarter. If anything, a few of his contractor buddies will get rich selling shoddy supplies to the Defense Department, and that will be that.

3. Donald Trump will lose the next war

Trump is making overtures to our maniac enemies (North Korea!!!) and scaring the hell out of our longtime allies with his “Go on TV, say whatever pops into your head” approach to foreign policy.

I don’t know if Trump has heard of World Wars I and II, but he ought to read up and realize: The side with the most allies tends to win.

We’re connected like crazy to the Internet, giving our enemies the opportunity to remotely hack and kill everything from our cars to our drones to our highly sensitive personnel records. With a mix of hacking and blackmail, the enemy of the future could digitally wipe out our ability to fight, leaving our planes grounded and our ships rudderless and our soldiers sapped of the will to fight.

Did I say Trump should read up on the World Wars? Scratch that, he should just watch “Battlestar Galactica.”

Trump, a man who may not know what a tactical nuke is, is unfit to lead the nation in conventional warfare, which he has never experienced. He has only the haziest, most rambling, least credible plans for a cyber war.

All told, Donald J. Trump would be a terrible and dangerously incompetent commander in chief.