Is the Latest ‘Scandal’ Enough for Anyone Who Demanded an Abortion on ‘The Mindy Project’? 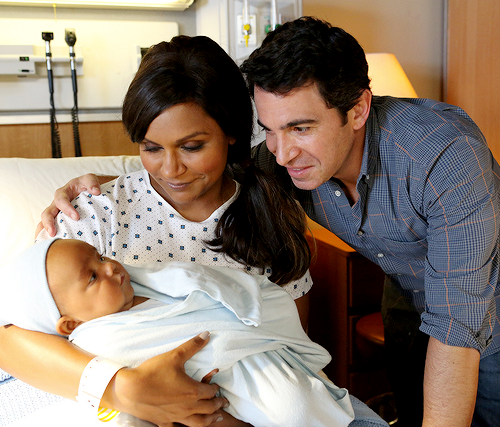 ABC’s “Scandal” made waves this week with its controversial Christmas episode depicting Olivia calmly undergoing an abortion with “Silent Night” playing in the background. The episode, which featured a storyline where a senator successfully filibusters a bill attempting to defund Planned Parenthood, was praised by the group for showing that “our rights to reproductive health care are under attack.”

Kerry Washington went into fairly uncharted territory with the scene since abortion has never been comfortable TV fare—characters often back out of the decision and keep the baby.

After hearing about the abortion episode of “Scandal,” all I could think about was the abortion that didn’t happen on “The Mindy Project,” one show that has been under fire for not including a pro-choice storyline.

When Mindy Kaling thought abortion was a serious issue and said in an interview that “It would be demeaning to the topic to talk about it in a half-hour sitcom,” Jezebel was unhappy. (Likely due to the liberal feminist handwringing, Kaling later amended her statement to say the show “might” address it.)

A show centered on a gynecological clinic should be fine with addressing a common procedure and “a fairly pedestrian reality” like abortion, Jezebel’s Erin Gloria Ryan wrote. Over at Slate, Amanda Marcotte pushed hard for an abortion storyline as well, denouncing Kaling’s comment as “total nonsense.” 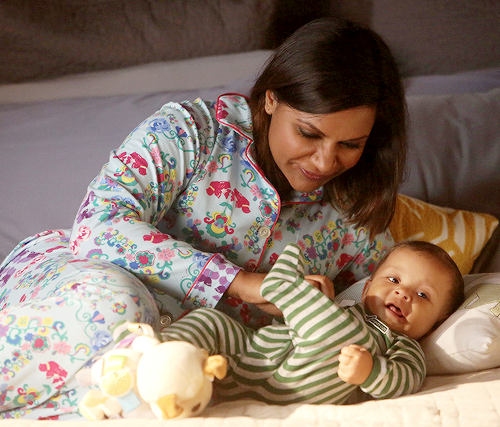 People who clamored for an abortion on “The Mindy Project”: LOOK AT THIS CUTE BABY. Credit: Hulu/NBC via Tumblr

It got worse when “The Mindy Project” introduced a pregnancy storyline and emphasized that Mindy was definitely, definitely expecting.

In an article headlined “Why the Pregnancy Plot Is a Bad Idea for The Mindy Project,” Slate’s Heather Schwedel wondered if the time was right for an abortion plotline.

Now the plot options have dwindled to convenient miscarriage, abortion—an area TV and movies frequently deem a no-go zone—or going through with the pregnancy, none of which seem like promising storyline directions.

As for actually having the baby, it could completely change the nature of the show—from dating and parties to sleep-training and exhaustion. And if the show didn’t change much, that would be a problem too, because babies do change things. So it’s possible that Kaling and her writers’ “hilarious take” on abortion is now upon us, though the tone of the most recent episode makes this hard to imagine. When Danny finally found out about the pregnancy toward the end of the episode, Beyoncé’s “XO” swelled as he searched the city high and low to find and comfort Mindy. He told her that they “were a family” now. Earlier in the episode, Mindy had voice-overed that Danny believed in Catholicism with the fervor of Antonin Scalia. An abortion plotline that manages to resolve all of this while being uproariously funny would be quite a feat.

In still another Slate hot take, Miriam Krule laments the pregnancy storyline and how “cliché” it was for Mindy to have a baby. Because an abortion would have been so much more progressive and interesting.

Now that abortion has been matter-of-factly addressed on “Scandal,” I have just one question: Since Mindy disappointed critics by keeping her baby, are they satisfied that Olivia Pope killed hers?