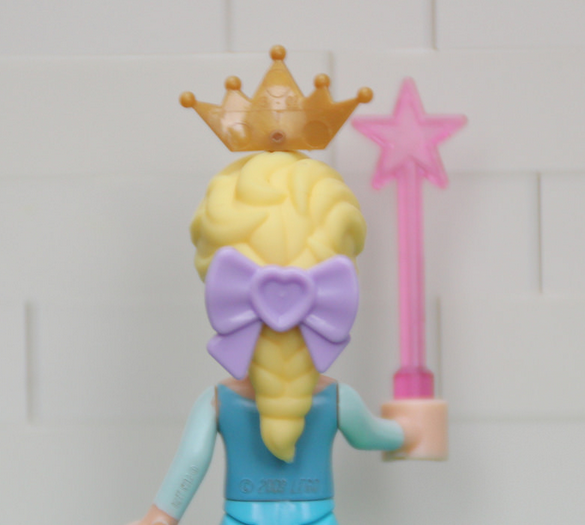 A while back, there was a Seasonal Depression comic about how LEGO Friends (the frequently derided “LEGOs for Girls”) was drastic over-kill in trying to sell LEGOs to young girls. The gist of the comic is that LEGO has erred in creating a line of products for girls when they could just have created a way to mark the LEGO minifigs as female and all would have been solved.

I used to be in this camp until my daughter was introduced to LEGOs through a pink box filled with pink and purple pieces that make nice little trees and houses. While that set was not formally a “Friends” set, she has her eye on the Emma’s House set and is literally saving her quarters to get it.

Now I’m a believer. I love the LEGO Friends sets and pretty much all the “LEGOs for Girls” sets. (I’m including the Disney Princess sets in here since they are clearly geared toward girls inasmuch as they frequently come without any prince figures.)

I have my reasons.

The “girl” LEGO sets have an incredible variety of pieces in them. Instead of the standard blocks for building, there are dozens of pieces that are clearly meant to smooth rough angles, or merely for decoration. With standard LEGOs, there is a focus on the function of the built object. With these “girl” sets, the emphasis is more on creating a beautiful thing through the use of specific pieces. 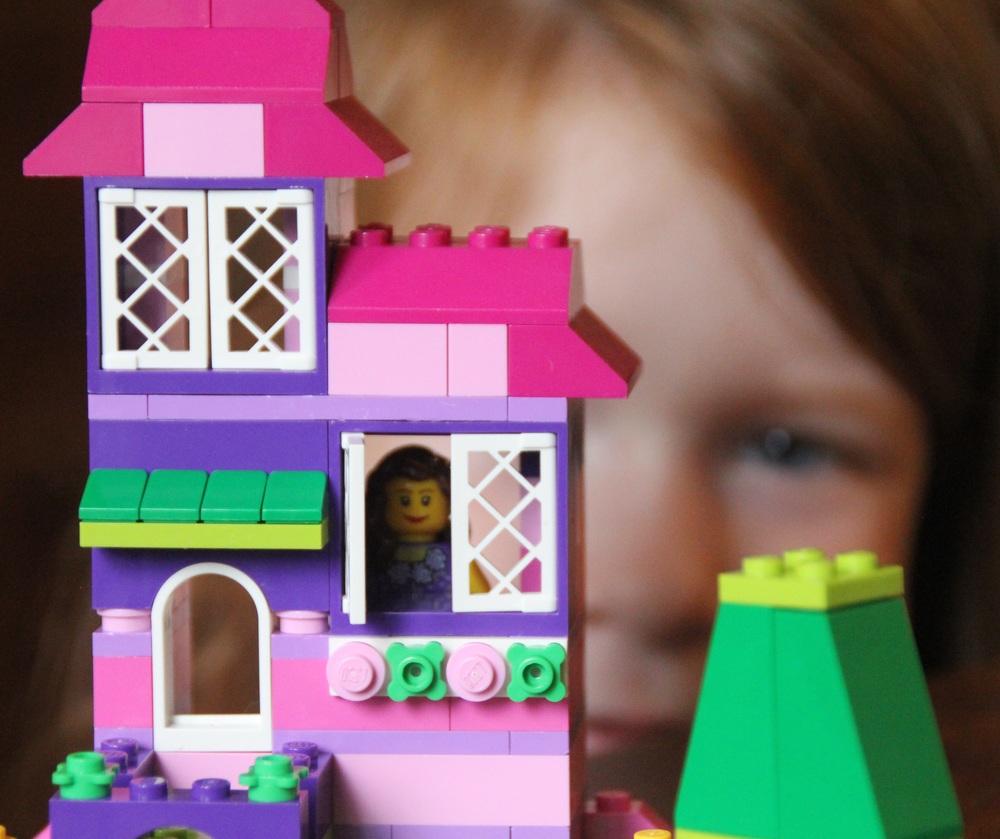 The result is that the pieces are smaller, more precise. There is a difference between a single pink piece above that is perfectly round and one that has the “petal” extensions.  There are tiny flower pieces, pieces meant to be the top of an ice cream cone, gold pieces, jewels, semi-transparent pieces for glasses, perfume bottles, jars.

We have dozens of pieces that, rather than closing off creativity, open up the LEGO world to a greater realm of possibility.

I got a set of “standard” LEGOs a while back and they’re great … but very blocky. The pieces are primary colors, very bold, aesthetically a brash set of blocks. 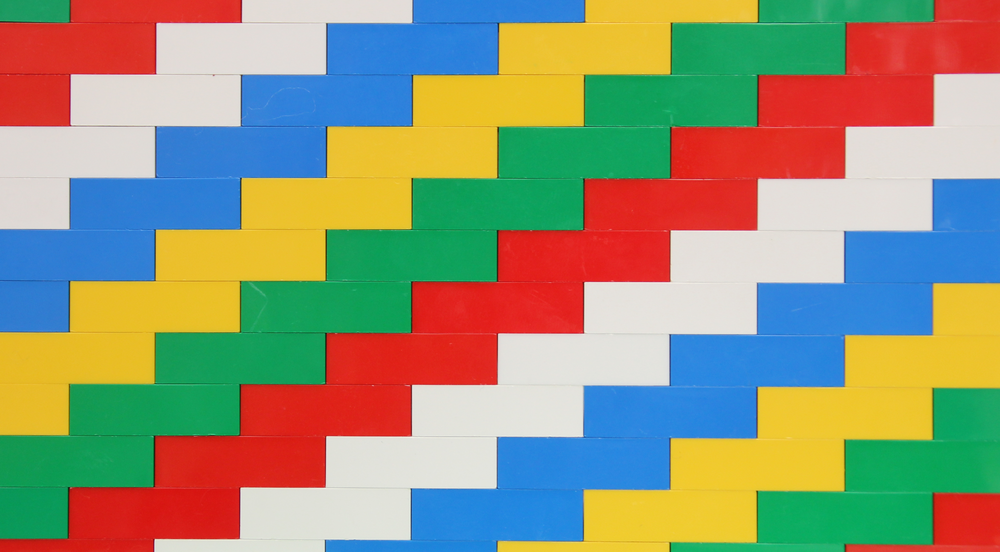 If these are “boy” LEGOs, I’ll take the girl LEGOs, thank you.

There is some benefit to this color scheme. It’s easier to create loud, bold creations with clear color schemes. Very few of the color combinations are going to look bad.

The Friends sets (and most of the Disney Princess sets) have blocks with a variety of purples, pinks, and blues. They look great, they go together well, and they don’t look like an Olympic flag. They are colors for girls who care about a more toned-down color palette.

“LEGOs for girls” do not skimp when it comes to the details. Most of the “standard” LEGO sets I have don’t really have many isolated pieces designed for a limited purpose. Most of the LEGOs are intended as “building blocks” that can be easily abstracted and reused in any situation.

By contrast, the “LEGOs for girls” prefer smooth edges to bumpy ones, even though smooth edges mean you can’t connect pieces to them. They have a number of pieces that are single-purpose or at least limited-purpose. They can’t be used as effectively for more abstract building projects, but the trade-off is that they can be used to add important details to a constructed scene. The Jasmine set has smooth decorative pieces for the bazaar, while the “Frozen” set has a book and a letter that can barely count as real LEGO pieces but add depth to the ice castle scene in which they are used.

When these pieces are used, they can’t be “built upon.” They are the finishing touches, not the core architecture. But these little details matter.

There are times when the purple bow simply will not do. The pink bow is a necessity.

Each of the pieces above represents a terminal point in the building process. You can’t place a new piece on top of the strawberry, the cookie, the jewel or the bows. But these pieces are important for the characters and the story the kids are playing out. These details matter for kids who care about the details and will accept no substitutes.

If these sets bring detail to the world of LEGO and that brings another kid into the joy of building, I’m completely in favor of it.

When I was young and into LEGOs, the sets were defined by function. There was the pirate ship, the space set, construction sets with cars or cranes. I even have one of the older Mindstorms (robotics) sets. These sets are all defined by the objects that can be made.

As someone who builds things for a living, it turns out this person-centered approach to design and creativity is actually the better way to do things. Building with personalities and people in mind (rather than just building objects) is a really valuable design and engineering lesson. If this emphasis happens to appeal more to girls, then maybe it’s a clue that we need to teach it more often.

5. LEGO Meets Girly-Girls Where They Are

I have one daughter who runs around pretending to be a robot. Or a monster. Or a dinosaur. Or a robot monster dinosaur. Her favorite word is “RAWR” and she likes scary movies. Getting her into the boldly colored traditional LEGO sets isn’t going to be a challenge.

My other daughter is very girly-girl. Dresses, heels, jewelry, baby dolls, the whole nine yards … of pink fabric that went into making her princess dress. She would reject something out of hand if it wasn’t geared toward girls in either theme or color. I didn’t try to teach her this. It is just a thing that happened. Anyone who blames me for this is not a parent and every parent knows what I’m talking about.

LEGO has made the decision to create sets that my girly-girl daughter can get, play with and love. They have characters that appeal to her, situations she likes to play out, a visual style she enjoys and pieces that can be taken out of their original sets and re-purposed to new scenarios.

We can argue all day about how girls shouldn’t have to feel like they can only have this color or that kind of toy and isn’t society awful for pushing them into this kind of role and boys can like pink too and blah blah blah. In the meantime the world continues to spin, little girls continue to grow up, and I’d rather not wait for the dawn of the perfect egalitarian society before I introduce my daughter to awesome things.

I want my girls to build stuff. I’m not so small-minded that I think she needs to build spaceships. If she really wants to build cafés or houses or pet stores, I say more power to her. If she wants to adorn her LEGO characters with bows and jewels, I say “why not?” The “LEGOs for girls” sets take nothing away from LEGO as it has previously been and adds substantially to the LEGOs I’ve always loved.

Although, quite frankly, the Friends sets are so cool, I wouldn’t be surprised at all if they are popular with boys as well.

6. The Interchangeability of LEGOs Opens Doors

I’ve never thought of LEGOs as a gendered toy. I don’t know how people got it into their heads that LEGOs were for boys. Be that as it may, I think the Friends sets (and other “LEGOs for girls” sets) act as a sort of gateway drug to get girls who would have otherwise dismissed LEGOs and building things.

Once my girly-girl daughter got the hang of building things, she started digging into my LEGO sets. She realized quickly that her sets and pieces and figures fit with all of my pieces and everything could play together. This is why I pulled out my LEGOs for the first time in years and we built LEGO dinosaurs and LEGO spiders.

That’s why Elsa is having a particularly bad day. 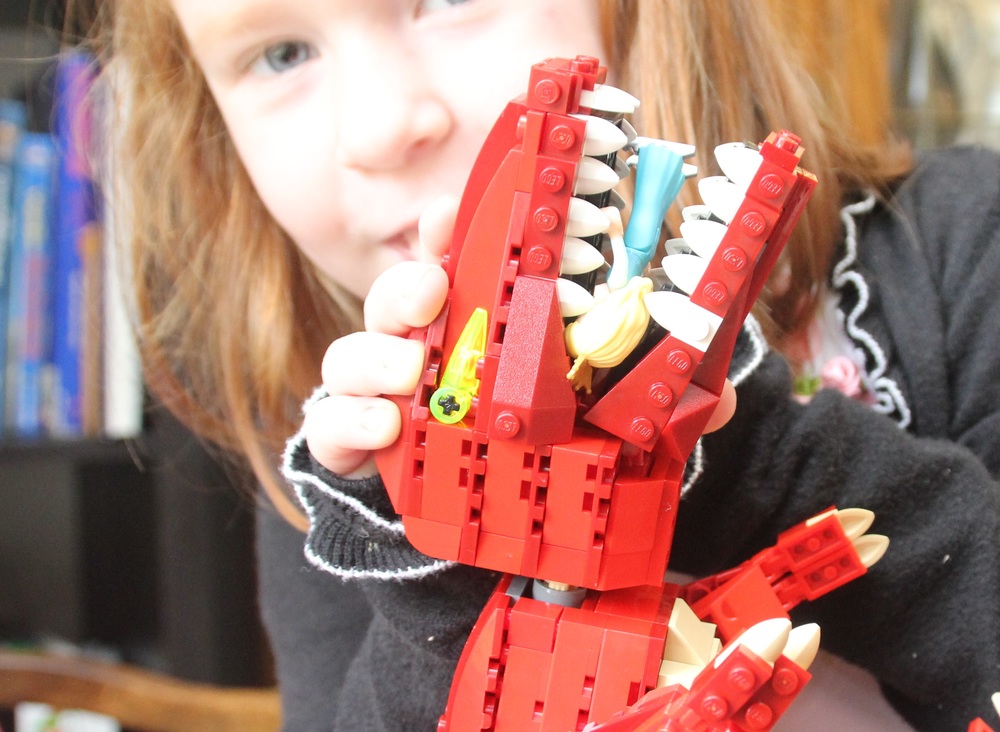 If Hans had a dinosaur, things would have turned out differently

The point of LEGO Friends is not “girls are inferior, so let’s give them an inferior product.” The point is “Let’s introduce girls to LEGOs any way we can because when they see what they can build with them, they’ll want to build everything.”

This is a mission I’m fully behind. Now let’s go make something.