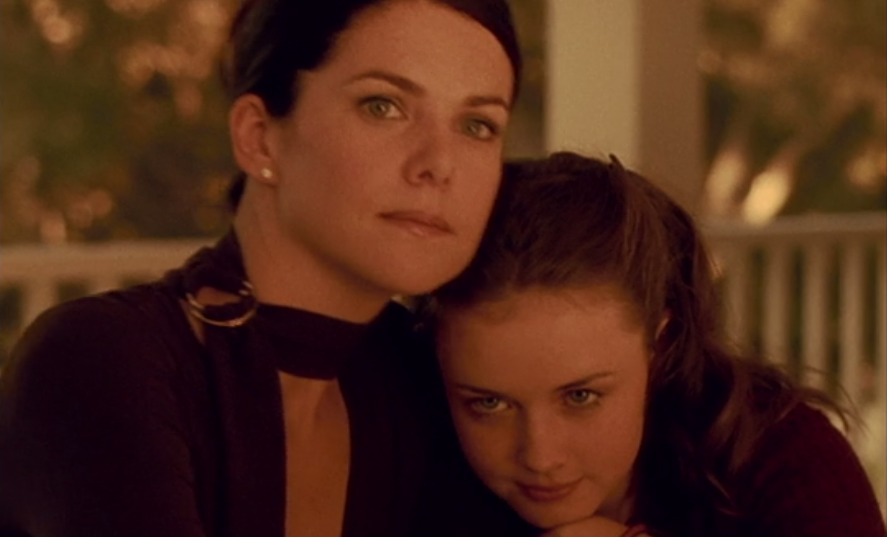 Beloved mother-daughter dramedy “Gilmore Girls” came to Netflix streaming last fall, so chances are you’ve had time to make it through the series again by now. (If not, you should probably rewatch just to research for the upcoming revival.)

The show passes muster through a feminist lens—“Gilmore Girls” portrays women as strong, interesting and complex, with dynamic relationships and fascinating inner lives. So it would be assumed that the show’s ideology is pro-choice because feminism and a pro-abortion stance go hand-in-hand, right?

As touted here on Planned Parenthood’s Tumblr, Rory’s dorm in season five has a “Stop the war on choice” poster proudly displayed on the wall. Of course, the word “abortion” is never used on the show. People can’t face the word “abortion” because it’s too honest–that’s exactly what euphemisms like “choice” are for. One of liberalism’s dirtiest and most ill-kept secrets is that the word itself has never been embraced by society or media.

Abortion consistently divides the population in polls; it’s depicted as a tragedy in film; and it hasn’t become standard sitcom fare even decades after a certain “Maude” episode horrified viewers in 1972. Feminist darling and comedy pioneer Mindy Kaling won’t touch it, while Scarlett Johansson recently vaguely alluded to “a woman’s right to choose” when she urged voters to show up for midterm elections in fall 2014. The latest “Scandal” episode sprang a shock abortion on audiences juxtaposed with “Silent Night,” a scene mostly remarkable for its incredible distance and coldness. Viewers had no idea beforehand that Olivia Pope was expecting a child.

So where does “Gilmore Girls” stand on this divisive issue? Despite that bit of subliminal messaging on Rory’s dorm wall, the storylines over the show’s seven seasons belie everything Planned Parenthood promotes.

The show never directly touts an anti-abortion stance; instead, “Gilmore Girls” is subtly pro-life in that it depicts story after story of a woman who chooses life even when it gets in the way of the future she would have decided for herself.

“Gilmore Girls” values human life by showing not a sanitized, Planned Parenthood-esque view of childbearing but something closer to the reality—the process of having a child can be inconvenient, frustrating, scary, difficult and the opposite of carefully planned. But as we can see through the entire series in Lorelai and Rory’s relationship, even the new life that completely derails our own is ultimately and incalculably precious.

1. The fact that Rory exists because her mom got pregnant at 16—and kept her

2. When Emily stands up for a young, pregnant Lorelai, and Lorelai counts her pregnancy as a “life” that is part of the equation (Season 3, Episode 13)

Emily: “It certainly is not an option. Because I say so.”

3. When Sherry talks about how she kept her baby with Christopher’s encouragement (Season 3, Episode 6)

Sherry: “When I first found out I was pregnant, I wasn’t quite sure how Christopher would handle it, but I just never expected it would be like this. He’s been unbelievable … I wasn’t even sure if I was going to tell him about the baby. I thought I was going to either go it alone or not go through with it at all … but he was so willing to make it work. He said he’d missed out before and he didn’t want to miss it again.”

4. When Lane continues her pregnancy through moment after moment of not being ready (Season 7)

5. When mother of two Sookie is frustrated and unhappy about her unplanned pregnancy—but never suggests terminating it (Season 7, Episode 12)

Sookie: “There was a light at the end of the tunnel, and now that’s no more.”

Lorelai: “Babies are more than diapers … the good stuff … they’re pretty cute. They smell great; that newborn smell … you’ll get another first smile.”

Sookie: “I’m hormonal, and you are playing dirty.”