The Second-Best Movie Ever Made Fails the Bechdel Test. It’s Even More Feminist Because It Does. 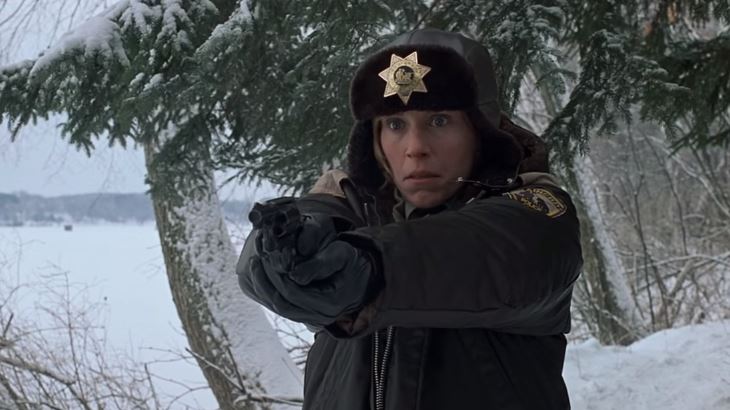 By ZACH and NATALIE NOBLE

This column is what happens when you’re a conservative feminist who loves movies. The Bechdel test is pretty basic: Does this movie have a scene where two women with names talk about something other than a guy? The point of the test is not “movies that pass this are feminist”—it’s “this is the absolute base point of whether or not women are their own people in this movie.” Guest writing today, a husband-wife duo attempts to go a little further with a deeper analysis.

Marge Gunderson is a hero.

She’s more of a hero because she barely ever talks to other women, and when she does, all they talk about is dudes.

The Coen brothers’ classic “Fargo” is a beautiful example of a movie that fails the Bechdel test and, yet, through one of film’s most unique, endearing and strong characters, communicates a message that is distinctly feminist.

The straight-talkin’, friendly, seven-months-pregnant Marge is a police chief solving a bizarre murder case. She’s set up as both powerful—chief of police!—and weakened—preggers!—as she navigates a world defined by Midwestern manners and male egos.

The periodic reminders of Marge’s pregnant-ness show a physical handicap associated with being female. Her kind, humble demeanor contrasts in a stereotypically feminine way against the pride-driven men around her.

And then there’s the Bechdel test.

Marge does talk to a few other women throughout the film, but in Bechdel-failing fashion, the topic is always men. She talks to a pair of hookers … about the men they entertained. She talks to a high school friend … about Mike Yanagita, the man with the greatest seduction skills in cinema history, aside from Anakin Skywalker.

Almost all of Marge’s conversations are with men, most of whom are driven by some kind of distinctly male pride.

Jerry Lundegaard kicks the whole mess off with a cockamamie kidnapping scheme. His motive: Restoring his manly, “I can provide for my family” pride after years of his father-in-law’s put-downs.

Mike wants to appear a success and woo Marge.

Even Norm, Marge’s teddy bear of a husband, is competitive: He desperately wants his painting of a mallard to be featured on a postage stamp. In the film’s final scene, Marge comes home from her harrowing murder case and, instead of having Norm congratulate her for her excellent police work, she has to reassure Norm that he’s awesome because he bagged the 3-cent stamp. “It’s terrific,” she tells the guy who stayed in his pajamas the whole movie. “I’m so proud of you.”

But here’s the thing …

By deploying disarming charm in such a flawed masculine world, Marge demonstrates that a real, nuanced woman can be both uniquely feminine (pregnant! reassuring!) and totally capable.

And of course she’ll still whip out her gun, or her “not taking your crap” stare, when the situation warrants it. 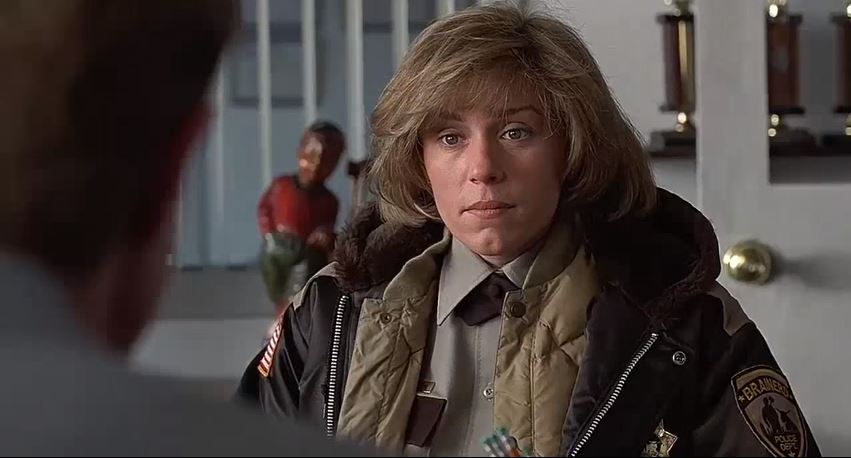 (Though it would probably help to have more ladies in cinema.)

Marge is a hero precisely because she uses stereotypically feminine approaches to solve the problems that men created. She’s not some bland, artificial, physics-ignoring butt-kicker who succeeds despite being a woman. She’s a warm, genuine woman with limitations, quirks and a strong moral backbone who succeeds while embracing her womanhood.

Her feminism is equity feminism—stressing the importance of equal rights and opportunities for men and women—rather than the gender feminism that seeks to erase all differences between the sexes.

The fact that she did it while being pregnant?

*The best movie ever made is “The Truman Show.” – Natalie

Natalie Noble is such a super lady.