The GOP’s Problem With Artists 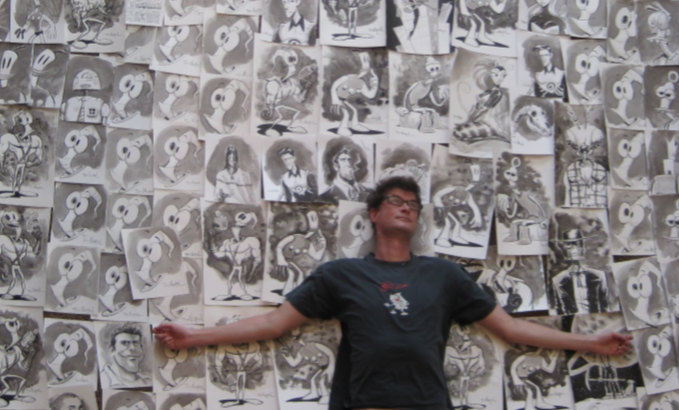 Everybody has a different theory about the GOP’s 2016 breakdown. There are a lot of pre-post-mortems floating around about what mistakes Republicans made and what led to the current disaster that has engulfed the party. Was the big issue religion, class politics, jobs or technology? Or perhaps it was something more human and hard to quantify: voter resentment compounded by the party’s lack of empathy and respect.

I want to focus on something that is rarely mentioned but is one of the biggest gaps the GOP has: The right has a devastating gap when it comes to the arts.

I want to be clear here: This gap isn’t just about painting or music. It goes into drama, design, writing … creating powerful, empathetic stories through every medium. These things are vital for any cultural movement and the GOP is not only bad at them, but it is also hostile to anyone who takes them seriously.

Exhibit A in this museum of horrors is this post that Platinum album selling singer-songwriter John Ondrasik of Five for Fighting put up on Facebook during the GOP convention this year. He had been invited by the RNC in 2008 to play at their convention. It would be a terrible career move, but he agreed on one condition.

He followed this up with a comment noting that the people running the show were “complete idiots” and that it was obvious that “I was disposable to them.”

To wrap our minds around how important something as “small” as a piano is to a serious artist, here is Ondrasik on stage with a grand piano. 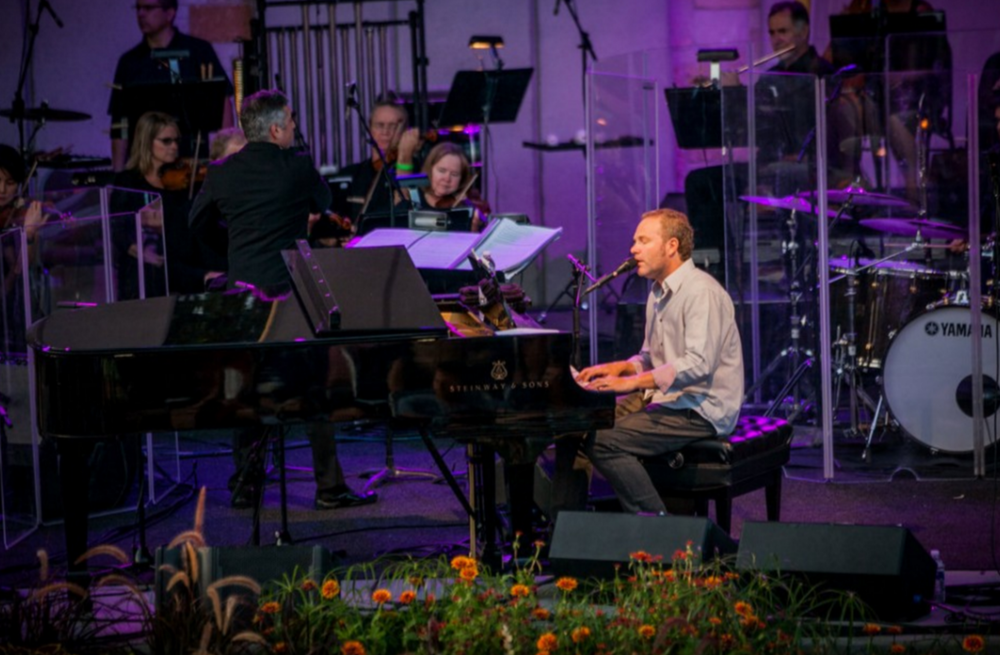 The piano brings heft to the performance. The sound is important, yes, but the actual physicality of the piano is vital to set the stage, to deliver the song and the message. He’s sitting down, a serious figure to be listened to, respected, commanding the instrument. It’s bigger than him, but it is his tool along with his voice to deliver the performance. Even subtle things like how much physical force a pianist must put on the keys on a grand piano convey a sense to the song.

By contrast, here is a keyboardist on stage. 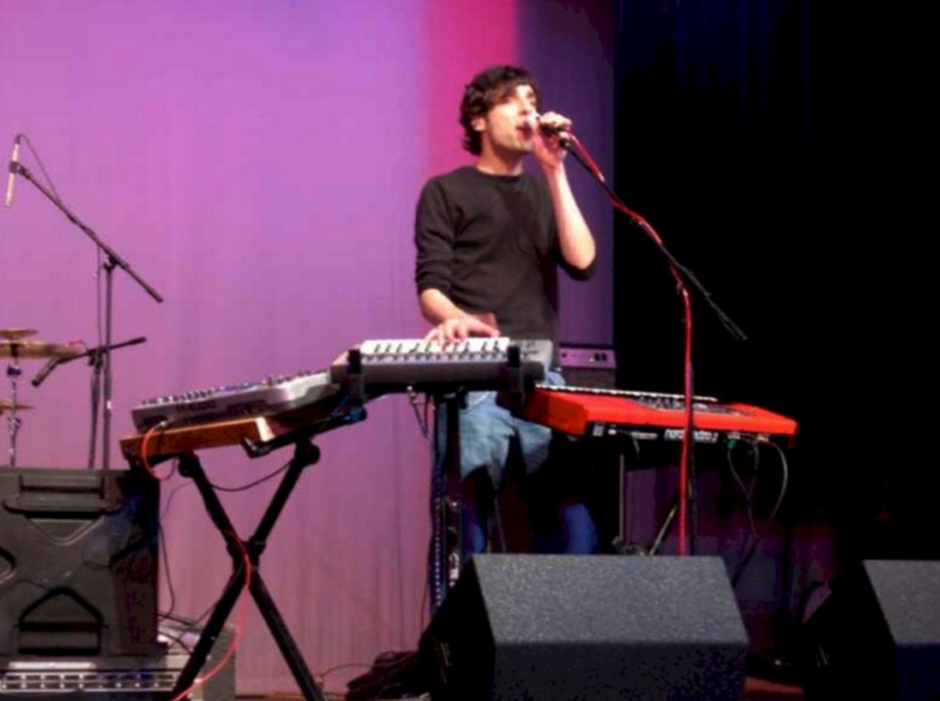 You have two choices w/ a keyboard. If you sit, you have nothing between you and the audience. Especially if he is the only person on stage, the artist is small, alone, exposed. It works for Bo Durhnam’s comedy routine, but not for Ondrasik’s music.

If you stand with just you and the keyboard, you’re going to look like a kid. The GOP wanted to take John Ondrasik’s performance of weight and meaning and turn him into an absurd child. 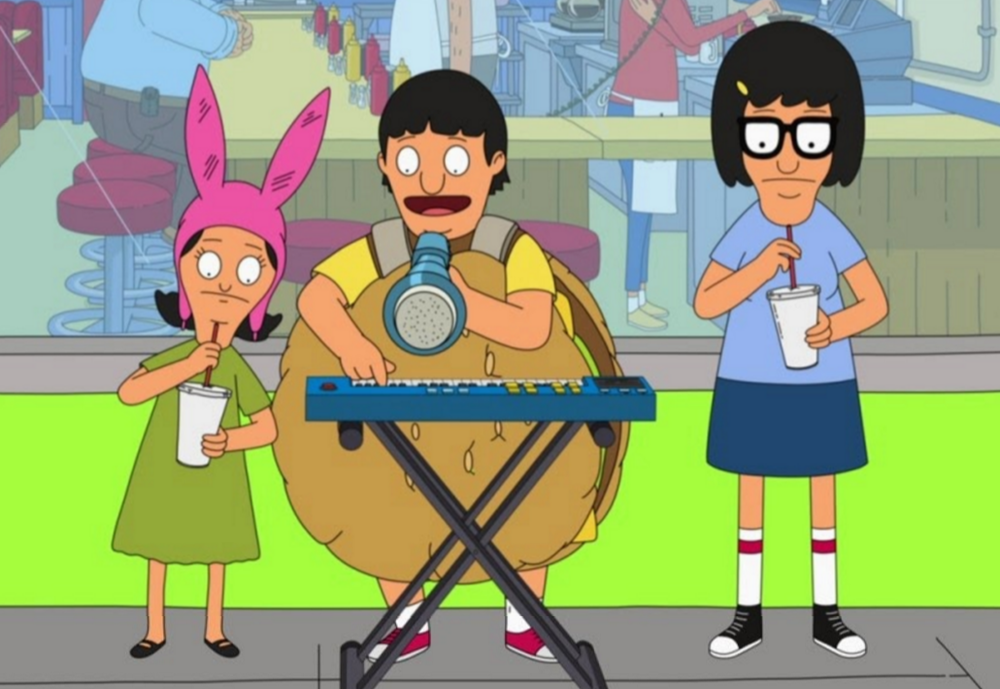 And that’s what they do to artists who are nice to them.

I don’t like to talk about my own career because (surprise) being even marginally right of center can be a career detriment in many parts of my industry. But I’ve been involved in conference organization for Microsoft, and they would not dream of calling an artist like Ondrasik to go on live TV on a national stage for them and not give him his damn piano. That is not how professionals operate. That is not how you treat people when you know that perception is reality. Artists know this more than anyone and telling them you don’t care about it means you don’t care about them.

Sadly, this is not limited to the RNC. I’ve found that conservatives in general are dismissive of art and design.

You would think that, given how bad conservative organizations tend to be at design, it would be easy to sell design in sort of a “can’t fall off the floor” capacity. I’ve promoted the value of art and design for telling a story at every conference I’ve ever attended and have been thanked by designers afterward for trying to drill this message into the movement. And I’ve watched those young designers with the passion to build solid, appealing scaffolding to promote conservative principles struggle and ultimately abandon the endeavor because every single job is a job in which they end up trying to justify their very existence.

Conservatives have a tendency to think that all we need is our message and, if people would just listen to the message, we could convince them of the value of conservative principles. We don’t need design, right? That’s just the wrapping paper around the real gift; it’s not the “genuine article.” It’s the message, not the presentation, that matters.

Please take a moment to really look a the Willy Wonka costume below and then read the letter the late Gene Wilder wrote to the director of the classic “Willy Wonka and the Chocolate Factory,” discussing the costuming: 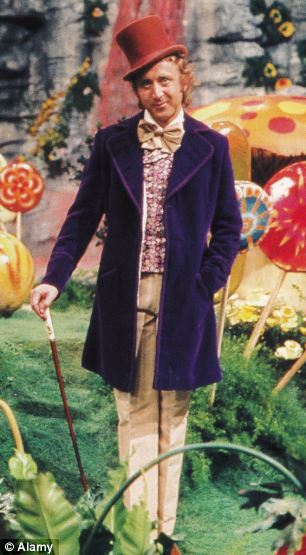 Here, Wilder touches on every moment of the costume for Willy Wonka. He notes the details as elements that communicate the essence of the character.  Wonka thinks this, he’s careless about that, he knows that the bow compliments his eyes, he needs to be transcendent to time, he’ll walk a certain way and, because of that, the trousers need to fit the walk.

The way conservatives act with our own message, we would look at Willy Wonka and say, “What’s the script say? If it’s not in the script I don’t care. Put some clothes on him and run the camera.” But this carelessness cheats the character of the sense of place, meaning, and purpose … so much potential richness lost.

In exactly this way, conservatives cheat their own message of the sense of drama, meaning and purpose that it can truly have. We say “religious freedom is important” without grounding it in a parable or metaphor. We talk about free trade without painting a picture or telling a personal, human story that shows why it helps everyday Americans get by. We even have a chance to make meaningful criminal justice reform … but we can’t tell the story of why this is a conservative principle and why people should care.

The unsurprising result is that no one cares.

Andrew Breitbart famously said that politics is downstream from culture. I can think of no truer observation. Yet the GOP has shown little regard for the artists, designers, storytellers and entrepreneurs. These are people who risk their careers to align with the GOP, and they are treated barely one step up from disdain. The GOP is reaping the rewards of decades of ignoring people who care about the details.

Anyone who wants to revive the Republican party or the conservative movement needs to start listening to our artists.

Tags: artconservatismculturefilmwhy do we suck at this