‘La La Land’ Delights as a Musical, Disappoints as a Story 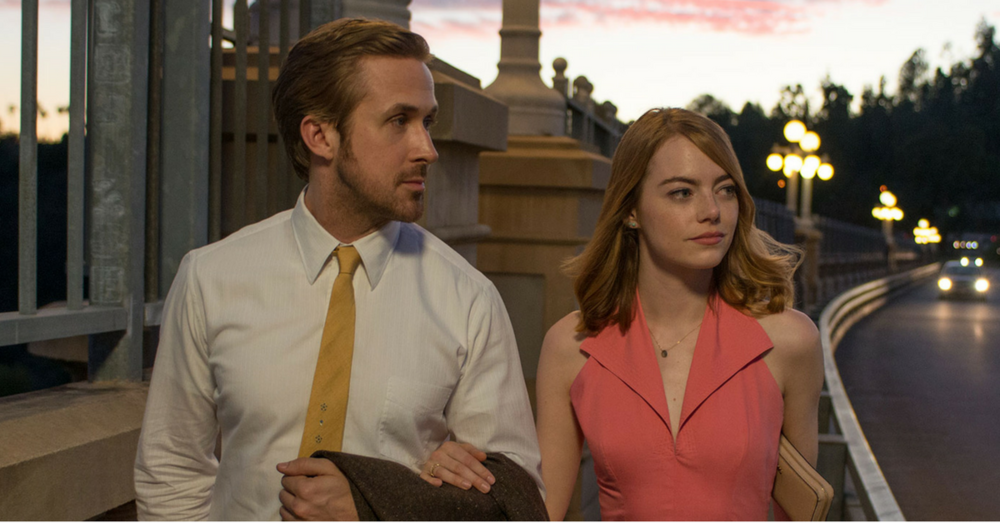 During the 1930s, American audiences flocked to musicals to let Fred Astaire and Ginger Rogers take their minds off the Great Depression for a little while.

At first, “La La Land” feels like a similar escape in CinemaScope, its characters singing and dancing in a stylized, brightly idyllic California. What could be more needed in 2016—a time when the world faces terrorist attacks far too often, our country is still dealing with the effects of an incredibly divisive presidential election, and social media makes every terrifying news story seem close to home—than infectious musical numbers and a classic love story?

Ryan Gosling and Emma Stone charm as they waltz through the timeless setup: a boy and girl who clash upon meeting, sparks flying as they fall in love. Their “A Lovely Night” brings to mind Astaire and Rogers flirting their way through “I Won’t Dance” from 1935’s “Roberta.”

Mia (Stone) is struggling to be an actress; Sebastian (Gosling) is a pianist who dreams of owning his own jazz club one day. Both stars do their own singing, giving “La La Land” a natural appeal. Neither is an especially strong vocalist, but their chemistry more than makes up for it. Stone in “La La Land” has the organic charm of Audrey Hepburn in “Funny Face,” where Hepburn was allowed to bring her vibrant personality to her own singing (as opposed to “My Fair Lady,” for which she was famously dubbed by Marni Nixon).

While its characters technically live in a modern L.A., they inhabit a world where people matter-of-factly break out into song and 1950s-esque full-skirted dresses and black cropped pants are very much in vogue. “La La Land” is at its best when it shamelessly exploits old Hollywood and lets its cast sparkle in this world of arch, nostalgic pastiche. 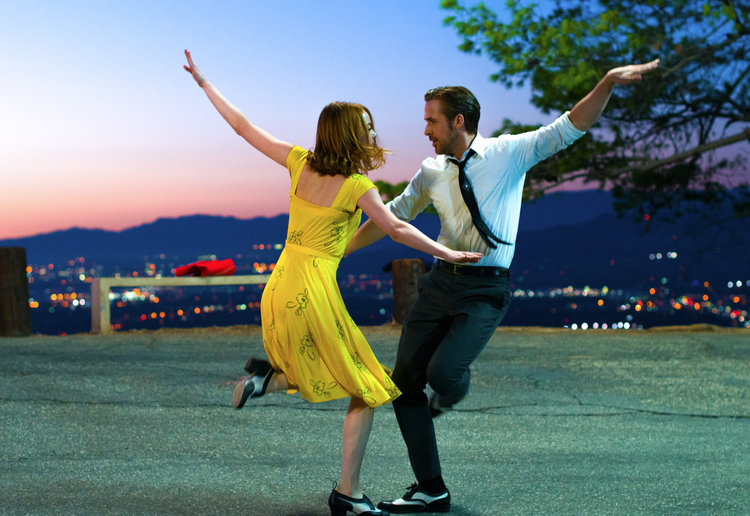 In cynical 2016, what could be a better escape than the romance and idealism that drove classic musicals? If ever we needed a technicolor happy ending, it was this year.

But after we watch Sebastian and Mia fall in love, fight, struggle, and love each other again … we don’t get that happy ending. We get a quietly tragic final sequence that lacks the dramatic inevitability of “West Side Story” or “Moulin Rouge” and feels as jarring as if someone took “Singin’ in the Rain” and ended it by tacking on the final scene in “The Way We Were.”

The made-for-each-other pair separate, losing each other but finding career success. Sebastian owns his own jazz club, while Mia is a famous actress. One night, he sees her in the audience … with her husband. His mind runs through the life they should have had together, everything he gave up when he let her go: love, family, a home, a child. They exchange a bittersweet look before the fade to black.

“La La Land” has lots of heart, but it’s ultimately soulless, mocking anyone who came to see a happy or even hopeful ending. You won’t see Astaire—ahem, Gosling—sweep Stone’s Mia off her feet and put a ring on her finger right before the fade to black. In this world, Astaire doesn’t win the heart of Rogers/Hepburn/Judy Garland at the end of the picture. Debbie Reynolds becomes a star but loses Gene Kelly. The Smith family moves to New York and misses the World’s Fair in St. Louis.

“La La Land” stands out from the crowd because it’s a musical in an era that has largely forgotten the art. But its postmodern ending is hardly something new. A happily ever after that defied a cynical era, a divisive year, and an increasingly dangerous world? That would have been truly unique.

Jordan is a former journalist now living the millennial dream: getting paid for writing Facebook statuses (that is, digital PR). She watches her use of the f-word (“feminism”) around conservatives and the c-word (“conservatism”) around feminists. Find her under @JordanEcarma.