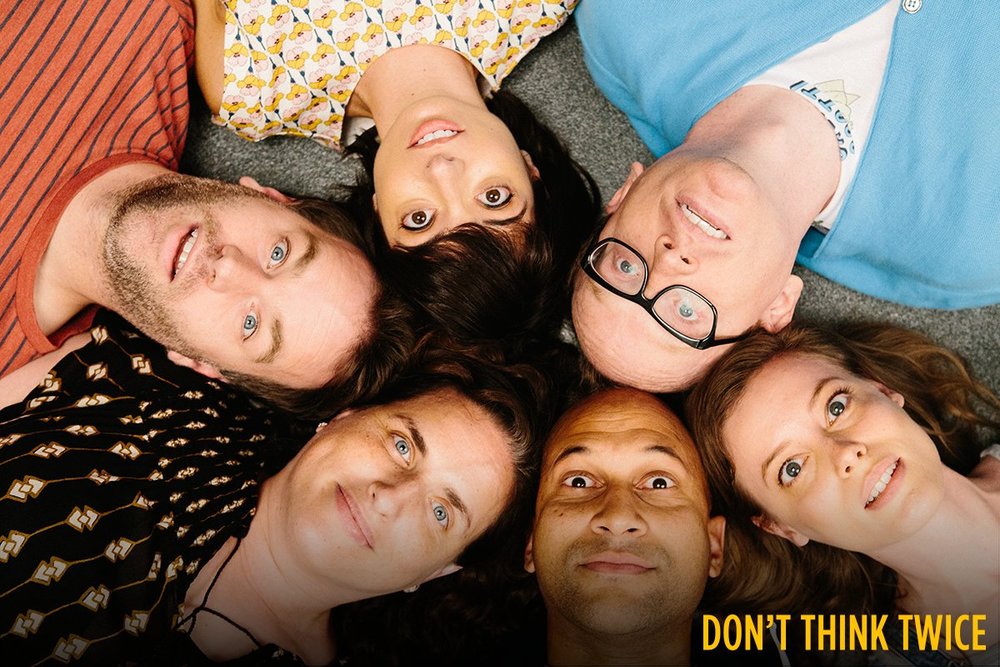 “Don’t Think Twice” is a lovely little film from the creative mind (and comic’s heart) of Mike Birbligia, a comedian and actor who clearly drew on his own experience to write and direct.

Birbiglia stars along with Gillian Jacobs, Kate Micucci, Tami Sagher and Keegan-Michael Key, together playing a troupe of improv comedians looking for their big break. When one of them lands a dream job, their friendship and their plans for the future are fractured.

As Miles, Birbiglia anchors the movie with sobering reality; the oldest of the group, he is a warning of what will happen if you pay your dues, put in the time and never really make it in comedy. Jack (Key) is the sharp salesman who will make the most of a bargain, whether or not it’s best for the group. His girlfriend, Sam (Jacobs), has the genuine talent that Jack gradually realizes he doesn’t have, but none of the drive.

What’s refreshing about “Don’t Think Twice” is that it tells a familiar story without dealing in clichés. None of the six main actors fits into the box of a particular trope; each is a real, breathing character with relatable defects. While it must have been a very personal project, Birbiglia doesn’t make it overly personal. The 92-minute runtime doesn’t feel long – in a good way; each scene feels important, not indulgent.

If you follow Birbiglia’s career or if you love stand-up and improv comedy in general, “Don’t Think Twice” feels like a look behind the scenes, but a penchant for comedy isn’t a prerequisite for viewing. “Don’t Think Twice” is about the price of fame as well as the cost of failure in the world of comedy, but don’t let the shop talk fool you: This isn’t simply a story about comics trying to land a role on a version of “Saturday Night Live,” but a microcosm of the human experience.