Carly Fiorina Can Debate Climate Change Policy. For That, She Must Be Destroyed. 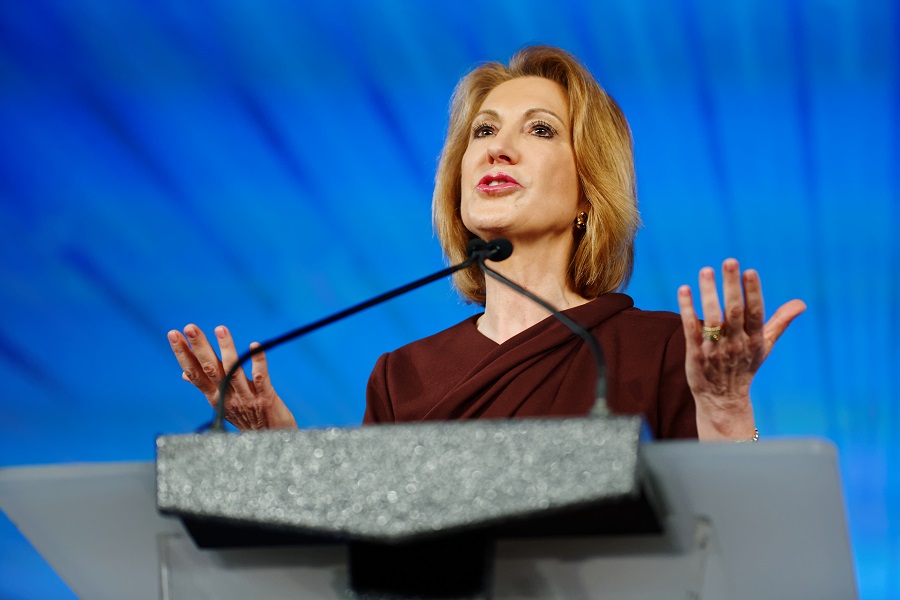 Fiorina’s argument could be tightened up, but the main thrust was in line with the basic findings of the Intergovernmental Panel on Climate Change (IPCC) report, held up as the gold standard of climate science for policy use.

For this position, she was attacked by Vox author David Roberts in a piece headlined “Carly Fiorina did a 4-minute riff on climate change. Everything she said was wrong.” Roberts writes that her response held “a farrago of falsehoods and red herrings” and boldly declares that “literally everything Fiorina says subsequently is false or misleading.”

I used to have a generally favorable opinion of Roberts’ writing until I started following the links he peppers into his articles. He has a frustrating habit of either searching for links that do not reflect the objective state of research or saying things and then backing them up with links that don’t actually support his position very well. He’s essentially in the business of selling confirmation bias, which makes him a great fit at Vox.

Roberts’ piece attacking Fiorina is particularly egregious since he basically agrees with her main point and yet he feels obligated to call it a lie.

Carly is right that “One nation, acting alone, can make no difference at all”

I’m going to look at the big one because it is the crux of her argument and it’s also the most easily verifiable. Roberts’ rejoinder to this was:

This is where people with a technical background have an advantage over journalists. When I was studying quantum physics in university, we were deriving one of the equations in class, and we were surprised when the professor simply dropped one of the variables out of the equation. We asked him why, and he explained that the result of that variable was going to be so small that it couldn’t possibly make any difference in the result. Our range of error was inevitably going to be larger than that variable, so it could be safely discarded.

A change of 0.018°C is so small, it’s actually less than half the measurement margin of error as reported by NASA. NASA reports temperatures with ±0.02°C, which creates an error margin of 0.04°C. What this means in practical terms is that the effect of the climate policies Fiorina is arguing against is so small we don’t even have the precision currently available to measure it.

In reality these policies will make no difference. If we don’t have the precision to measure 0.018, then 0.018 is effectively zero. This is like me saying that you and I are the same height and you arguing that we are not, you just need to get a microscope to see the difference and how dare I suggest such an obvious falsehood.

What is worse is that this isn’t a number that we can measure next month or next year. This is the expected impact by 2100. Over those 85 years, the margin of error balloons nearly 100 times. I charted the IPCC prediction error margins that they attached to four different climate change scenarios (a sort of best-case-worst-case prediction). Here is what Roberts is calling dishonesty.

Each bar represents the margin for each possible scenario. It’s generally believed that we’re on track for the RPC 6.0 scenario. Roberts is arguing that Carly is being dishonest about the effect of the policies recommended by the Obama administration. Instead, if he understands the nature of error margins and the role they play in climate change predictions, he is the one being dishonest. I dislike accusing people of outright willing dishonest, so I’ll grant that it is possible Roberts doesn’t understand the nature of error bars or the role they play in science. But, if that’s the case, he probably shouldn’t be reporting on climate change because they play an important role.

He then spends his time arguing that it’s not really about the tangible impact, and that doing something is better than not doing something. Which, if there were no such thing as unintended consequences, would be a laudable sentiment. Unfortunately, there is a very real chance that this plan will have impact right here and right now on US economy (especially in the manufacturing sector)*.

Overall, Fiorina made a good point, taking a stance that is backed up with more than enough justifying evidence. It’s a pity that writers like Roberts can only disagree by calling people liars.

*My link to the economic impact of President Obama’s Clean Power Plan (CPP) is to a report done by the Heritage Foundation. While I generally like Heritage, I recognize that not everyone will agree with them. I want to put this out there: I simply did not see any other good pieces on the near term economic impact of CPP. Everything else I could find basically said “this will create jobs … sometime after 2030” but brushed off the immediate impact.