Why Are We Suddenly Demonizing Music Artists for Being Successful? 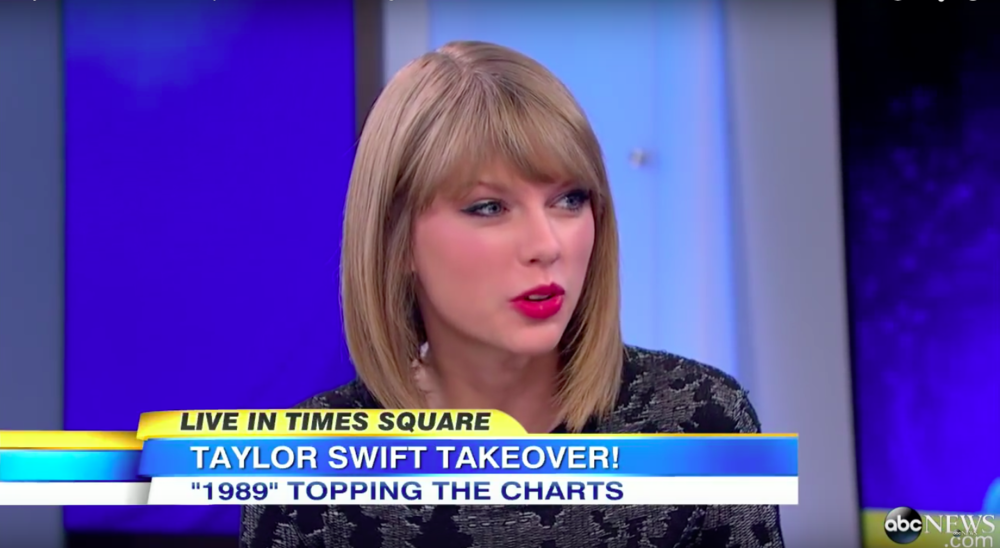 You make a product that takes time, money and care. You are expected to make that product available for free.

That seems to be the music scene these days when the big story is that a singer isn’t OK with freely giving away his or her hard-won, lucrative artistry to the masses through Spotify streaming.

Adele is the latest to make headlines with her startling decision to expect proper compensation in return for her work, following in another top female artist’s footsteps.

Taylor Swift, who yanked her bestselling albums from the service last fall, started the trouble with this Wall Street Journal op-ed:

Swift released her latest record, “1989,” only for purchase and denied it to Spotify streaming—something that started an ongoing conversation about whether or not music artists should give away their music for free.

The Mic decried Swift as one of “music’s 1 percent” in a piece headlined Taylor Swift’s New Album Is Amazing — But You Shouldn’t Buy It.

If you want to hear the most talked-about album in the world — the only one released this year that’ll sell over a million copies — you have to pay $10 for it. But you shouldn’t.

Swift is trying to prove a point about how we should buy music, but she’s completely ignoring the realities of the industry. It isn’t about selling records anymore — it’s about innovation in songwriting, creativity in marketing and, yes, free music.

Making it in the industry is no longer about talent, hard work, connections and good luck. It’s about giving away your music for free.

The “1 percent” sneer is only part of a larger subtle media campaign against anyone who finds success in the free market. The puzzling animosity toward Swift recently inspired The Federalist to ask Why Does Everyone Suddenly Hate Taylor Swift?

The problem? Swift is “white, rich, powerful, thin, and outwardly clueless to the ways in which she manipulates,” according to Gawker; therefore, she should be expected to provide her music for free.

Adele is another artist who isn’t putting her latest album on Spotify because she doesn’t have to, a luxury apparently available only to music’s elite.

Millions of people are on Spotify and Apple Music, while paid MP3s downloads and CDs have been going the way of the dodo for years now. So why would Adele yank the streaming rug out from under her fans? It’s simple: Because she can.

Adele, like Taylor Swift, is one of the handful of music artists with a fan base large enough that can she can make money selling only downloads and albums.

While it might be annoying for her fans (or a $10 pain in the ass for parents), listeners have no real reason to be worried that artists will take their music off streaming services en masse. During the peak of the CD era in the late 1990s, bigger acts could sell a million albums or more in the first few weeks of sales, but that era is long gone — unless you’re chart-toppers like Adele or Swift.

Wait … since when did buying a CD you enjoy become a “$10 pain in the ass”? And since when did we forget that the road to success in the music industry has always been tough?

Swift, for instance, started as a 16-year-old nobody at a small indie label, stuffing review copies of her single “Tim McGraw” into envelopes herself to send to radio stations. She writes all of her own songs; in fact, her third record, “Speak Now,” didn’t feature a single co-writer. She’s known for devoting unprecedented attention to every stage of her music process, whether it’s designing her album liner notes (complete with secret messages) or fighting to make sure “1989” stayed the pure pop record she envisioned. Since when did being talented and hardworking become elitist?

Katy Perry, who came to fame in 2008 with the summer hit “I Kissed a Girl,” is another example. She might be the world’s richest female celebrity now, but Perry worked hard to get there. Her seemingly overnight success was nearly a decade in the making—Perry started pursuing a music career at 15 and soldiered through three failed record label contracts before finally hitting it big.

Blood, sweat and tears—but sure, “music’s 1 percent” should totally give away their art for free.

UPDATE 12/5/15: This article was edited with a few slight changes to reflect that Spotify gives artists some compensation but (according to Swift) still does not pay them properly in order to maintain a business model that gives users free music.