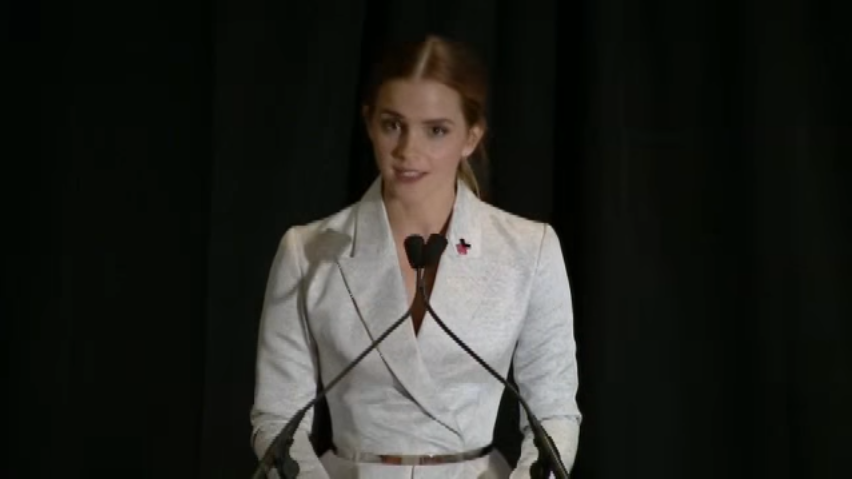 Actress Emma Watson, best known for her role as Hermione in the worldwide phenom franchise Harry Potter, has embarked on a different project as of late – a feminist book club.

Watson was appointed a Goodwill Ambassador for the United Nations in 2014, a role she has used to promote gender equality through the HeforShe campaign. Her efforts have not gone unnoticed – she earned the title “Feminist Celebrity of the Year.”

My former colleague and I wrote a piece entitled, “Why Everyone Should Be a Feminist,” in which we praised Watson for a particular speech she gave at the U.N. headquarters. Unlike many self-named feminists today, Watson insisted we treat men with the same respect we wish to receive:

We were refreshed by her fair assessment of the opposite sex.

Now, however, she’s seemed to have taken a step backward. In her latest feminist quest, she’s invited women to participate in her new book club, which she recently named “The Shared Shelf.”

This project could be enlightening, engaging and enjoyable for young women looking to read about real female role models. Unfortunately, Watson could not have picked a more incompatible author for her inaugural book. She announced her choice on Twitter last week:

Gloria Steinem is the epitome of everything that’s wrong with feminism. The Ms. Magazine editor has not missed many opportunities to demonize men – especially Republicans. Her most recent offensives? She claimed Republican male presidential candidates were only criticizing Hillary Clinton because they are intimidated by a strong woman, and in an interview with The Guardian, she remarked that if men could get pregnant, abortion would be a “sacrament.” As of now, she suggested, male lawmakers and leaders are concerned with “controlling reproduction.” Even the pope wasn’t off limits to her rant. He, along with other religious leaders, she said, should be held accountable for “forcing” girls to have children.

I would urge Miss Watson to choose some better reading material because Steinem’s obsession with bringing down “the patriarchy” gives women’s rights a bad name.

Watson asked for suggestions, so here are mine:

The Iron Lady – A biography of Margaret Thatcher, the first and only (so far) female Prime Minister of Great Britain. This account details the inspiring story of a grocer’s daughter’s rise to become one of the most powerful figures in the United Kingdom. (Heck, rent the movie while you’re at it!)

I Am Malala – Malala Yousafzai is a young woman who literally fought for women’s rights. When she dared to stand up on behalf of girls’ right to be educated, she was shot in the face by the Taliban. Yet, she survived – and she is still speaking out for those freedoms today. In this incredible account, Yousafzai shares her courageous journey.

These are real women warriors whose stories would make for some compelling discussions.

Cortney O’Brien is Deputy News Editor at Townhall.com, where she covers breaking news, interviews politicians and actors and changes the world (still working on that last part.) She’s a conservative who would much rather reclaim the word “feminism” than be afraid of it. Find her on Twitter under @obrienc2.