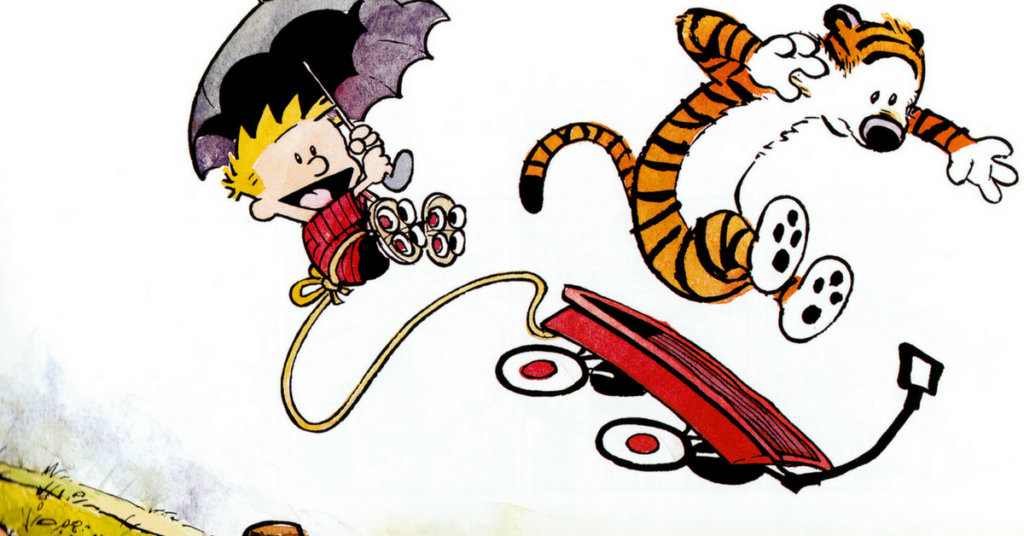 This week Jordan, Matthias and Zach cover the Oscars, Calvin and Hobbes, the lottery, and Iran. Also primary politics, which we apparently cannot escape these days.

Matthias – In the last few years of Calvin and Hobbes, Bill Watterson was less funny on his Sunday comic strips.

Jordan – Republicans were terrible when they bashed Obama for crying when talking about gun control. Also, New Yorkers are nice, awesome people and Cruz was unfair with his New Yorker comment.

The Oscars nominations came out and Matthias has to talk about them, including his views on “Mad Max,” commonalities in the Oscar nomination process and the fact that everything apparently has to be based on a true story to get nominated for an Oscar. We also talk about Eddie Redmayne’s portrayal of a transgender individual and how there is some outrage that a non-transgender individual was played by a non-transgender actor. We also talk about Leonardo DiCaprio and how he’s going to win Best Actor this year.

Basically everyone agreed that we need to eschew the culture war and accept that what Iran did to the US sailors was outrageous and unacceptable and it would be really nice if the left did something as simple as admitting that it was unacceptable.

Jordan: There will be blowback against Eddie Redmayne, but it won’t be as bad as it was against Jared Leto.