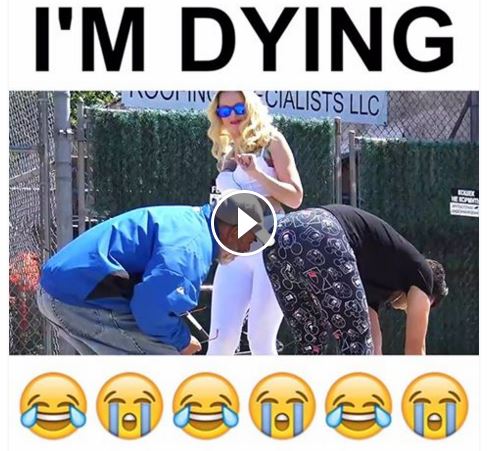 This fact was made painfully clear to me last week, when I started seeing posts from SoFlo Antonio (now branding himself as simply “SoFlo”) pop up in my Facebook feed. 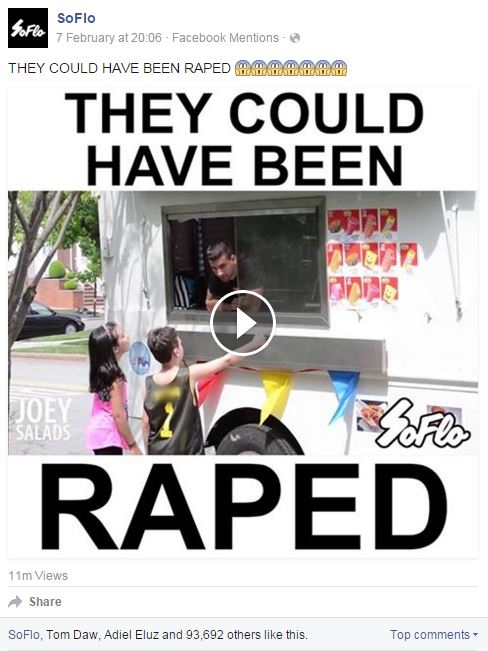 Why in Morgoth’s vile name was I seeing this garbage?

It wasn’t coming from friends re-posting the stuff. It was straight from the source, direct from the “Ice Cream Man Rapes Kids SOCIAL EXPERIMENT (Gone Sexual)” factory.

One such critic, h3h3productions’ foul-mouthed beanie-wearing Ethan Klein, has taken SoFlo to task in the past for not only posting trash, but also allegedly stealing said trash from other people, making money off the posts without offering any credit. (New York Magazine has a solid write-up of the feud and the video-stealing problem here.)

Klein went so far as to set up a Facebook page mocking SoFlo’s style: Quick shot of Antonio saying, “This is definitely me when I’m [blank],” then a long emoji-framed shot of someone who is definitely not Antonio, and who may not have consented to having Antonio use their complete video, doing a thing.

I “liked” that parody page, SoFloBro.

By “liking” it, I meant to tell the world, “This SoFlo guy is a tool, and I’m fighting him with all the feeble power at my disposal.”

So then Facebook deleted SoFloBro and transferred all the likes, including mine, to SoFlo.

After a day or so, Facebook undid the whole mess.

I got a statement from a Facebook spokesman explaining that Facebook just didn’t get the parody angle at first:

So, who tagged SoFloBro as an impersonation?

SoFlo Antonio didn’t respond to my request for comment.

It wouldn’t be a surprise if Antonio was behind the takedown, as YouTubers have long abused reporting systems to get critics’ videos tagged as age-restricted or even taken down (*prrrrrrrrobably; like many Internet goings-on, this stuff is hard to prove 100 percent).

Antonio and an apparent colleague (that may also be Antonio, just under a different name) have since gone on to make videos that appear to threaten Ethan Klein with injury, rape and murder.

I’m not linking to those videos.

“What the heck is the point of all this?” you’re asking.

Point No. 1: SoFlo Antonio is disgusting.

Point No. 2: “Likes” matter. After all, a computer can get a creepily accurate sense of your personality based on a dozen ‘likes,’ and computers are constantly analyzing our online activity for advertising and national security purposes.

I don’t want my mom, future employers or the NSA to see me as the kind of person who digs SoFlo’s psychotic posts.

Maybe the only way out is to delete my account.