7 Times Trump Accidentally Showed He’s Not Religious … at All 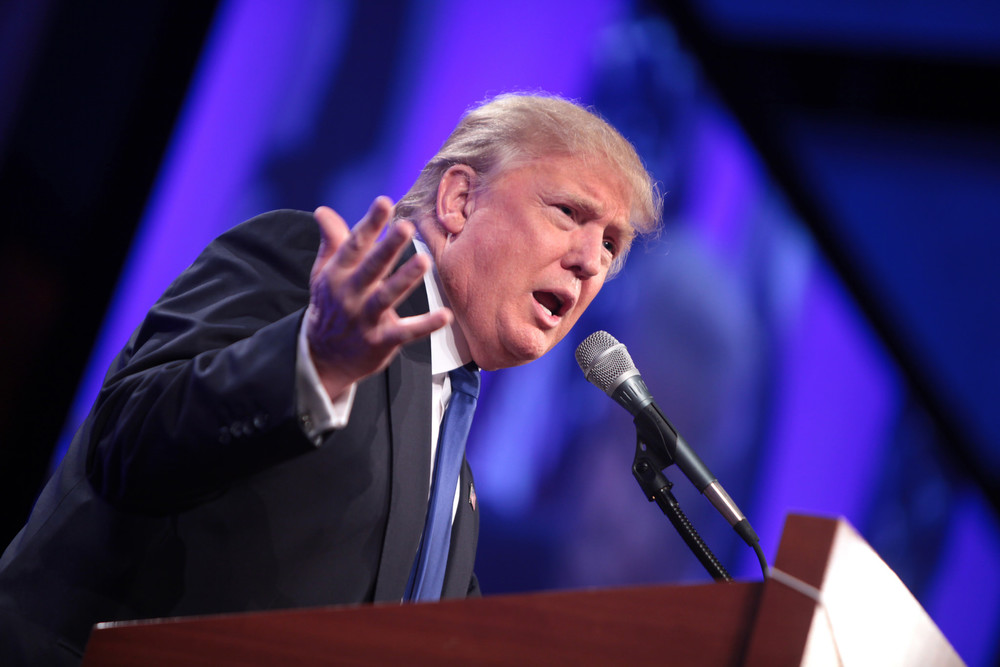 I dislike Donald Trump’s blowhard, fear-mongering, liberal-in-conservative’s-clothing campaign for a lot of reasons, but there’s one in particular that makes me see red: whenever he mentions faith.

I’m an evangelical Christian, and my religious convictions influence my political leanings more than anything else. And I’m here to tell you that Religious Trump is fake, fake, fake.

Trump in his own words has said that he doesn’t ask God for forgiveness … but he still partakes in communion. As an evangelical Christian, I find that sacrilegious—and I’m sure I would feel still worse if I were a practicing Catholic since the practice teaches that when Catholics take communion, the bread is in a very literal sense the body of Christ.

Trump is unfamiliar enough with attacks on religious freedom that he thinks our biggest problem is being greeted with “happy holidays” in department stores.

If your big religious freedom defense is “I order my wife not to buy things from X store” … idk man. pic.twitter.com/ylNOvfd9bF

When asked to commit to passing a First Amendment Defense Act within the first 100 days in office, Trump said no. Saying “Merry Christmas” is easy enough, but Trump isn’t interested in making concrete plans to defend Christianity.

In a last-minute (and ultimately unsuccessful) push to woo evangelicals in Iowa, Trump displayed a Bible his mother had given him “many years ago.” His Facebook video showing off the Bible apparently did not win over evangelicals at the Iowa Caucuses, where Trump finished in second place and performed far under what earlier polls predicted.

In a telling gaffe, Trump referenced 2 Corinthians 3:17 by saying the word “two” instead of “second” during a speech at Liberty University. Even the liberal media picked up on the embarrassing moment showing Trump’s unfamiliarity with both the Bible and Christian culture.

Trump has managed to get Christianity so wrong that the media is able to correct him on it.

Remember the media-fabricated story surrounding red cups at Starbucks this past Christmas? Trump seemed to think Christians were actually up in arms about it …

… although, on the other hand:

Too bad he hadn’t yet enlisted Sarah Palin to his campaign. The former Alaska governor spoke for plenty of evangelicals when she called out the media for “misplaced outrage over a coffee cup’s non-controversy.”

6. Money in the communion plate

Trump attempted to endear himself to evangelical Iowans by attending a nondenominational church before GOP primaries kicked off. He was apparently not familiar enough with a worship service not to confuse communion with offering plates.

But when the Communion plates were passed, Trump mistook the silver plates for the offertory, digging out several bills from his pocket, according to the Associated Press. He, his wife and two staffers took Communion, the AP reports.

“I thought it was for offering,” he told staffers with a laugh. He contributed money several minutes later when the offering plates were passed.

Gaffes that make great Twitter fodder are one thing, but Trump’s vows to undermine conservative ideals are quite another.

The candidate who brags about his capability of “changing to anything I want to change to” has tossed around some dangerous ideas, including a ban on all Muslims that may or may not affect American citizens who make pilgrimage to Mecca and want to return to their homes.

As thoroughly documented by National Review’s Charles C.W. Cooke, Trump can’t give a definite answer on any topic—and that includes matters of religious freedom. Do you want your First Amendment rights defended by an unhinged demagogue who can change his mind 20 times in a two-month period?

Conservatism and religion can’t be separated for me; I believe in conservative values only because they align the most closely with my religious beliefs.

Trump has clearly shown that he will not further the top two immediate priorities for conservatives: repealing or otherwise annulling Obamacare and defunding Planned Parenthood. He has promised to replace Obamacare with “something” where “the government will pay for it” … a big-government Obamacare 2.0 that sounds an awful lot like the Bernie Sanders plan for “free” health care funded by higher and higher taxes.

In Saturday’s GOP debate, he described Planned Parenthood as an organization that does “wonderful things” for women, saying that we should only defund abortions. That’s something like saying we should remove just the eggs from a baked cake: Abortion is part of the fabric of Planned Parenthood and there is no way just to defund it only “when it comes to abortion.”

Trump will not defend life, liberty or personal property. Don’t trust him to defend your right to religious freedom either.