Listen to the People Who Are Voting for Trump 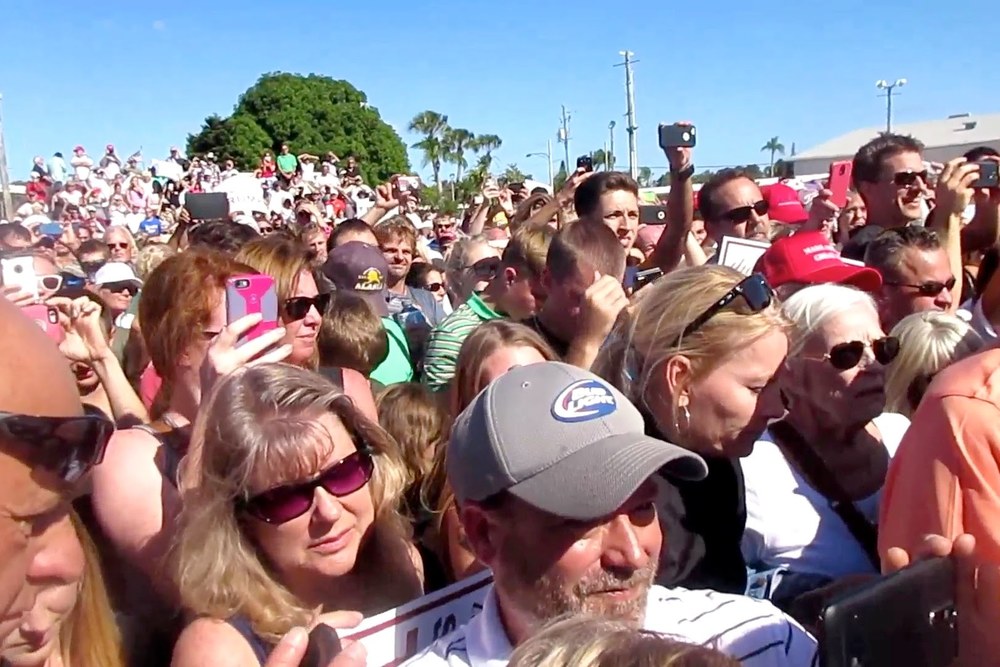 My mom explained it best, as moms usually do.

People back home in our rural town boycotted a particular clothing brand that sent its plant to Mexico, leaving workers without jobs. By the numbers, the U.S. economy seems to be at near full employment, but that’s only because enough people have given up looking for jobs to shrink the labor force. President Obama has lied to Americans when he’s promised to keep jobs in the country, instead giving millions in taxpayer dollars to foreign companies or U.S. companies that built factories in other countries. Sending jobs to China has cost Americans 3.2 million jobs in the past 15 years.

I’m a millennial, which you probably associate with a lot of annoying things, including a sense of entitlement, but it should also tell you that I’ve experienced need. My generation has grown up in a struggling economy. I remember as a kid being too aware that money was tight to ask for a candy bar while in line at the store. Many of us are paying off student debt into our 20s and 30s. I know what it’s like to worry about spending too much on groceries and to live hand to mouth with each paycheck. I wonder every single day if I’ll ever own my own home or have enough money to send my someday kid to college. Those two things sound like wealth to me.

Everyday Americans have felt ignored by a president who can’t be bothered when we face a potential crisis like Ebola, forces us to fund a failing healthcare plan and looks the other way when a young American woman is killed by an illegal immigrant with seven felony convictions.

Both the Republican and the Democratic parties haven’t been much help either. Plenty of other people have already written about how political warfare has contributed to the rise of both Trump and Sen. Bernie Sanders, so I won’t go too far into that. Clearly, Trump has captured the attention of voters in a way we have never seen before.

People were promised hope and change. Some of them have turned to Trump, an American businessman who has never held office, for things they were promised under Obama’s presidency and by leaders in both political parties.

Trump has taken advantage of people and their needs and fears with his own push for hope and change that is likely just as much a lie.

There was the time he tried to take a widow’s home from her so he could park limousines for his casino. The time he bragged about his adulteries. There was the time he took medical insurance from his nephew’s infant son with disabilities. When he apparently exaggerated his net worth by more than $7 billion. When he dismissed a decorated Vietnam War veteran as “not a war hero” and a “loser.” When he changed his mind on an immigration-related issue three times in just one day. Just last week when he said he’d order the U.S. Army to commit war crimes.

I think I understand why plenty of good people have decided to support a presidential candidate who seems to understand their fears. I’m listening to you. But I hope you can listen to me when I ask you not to support Trump, not because your reasons to support him are unimportant but simply because he is a fraud who has exploited decent, everyday people like you.

You should be heard. Period.