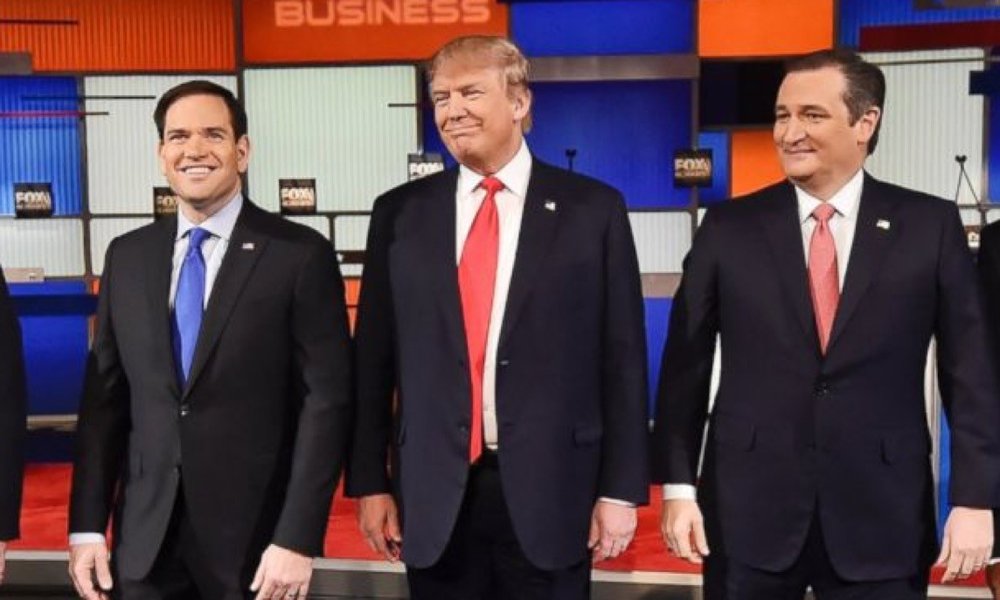 According to PolitiFact analysis, one of these things is not like the others

In this series culling PolitiFact data, we’ve looked at the aggregate truth ratings they give members of different parties, how word count indicates an attempt to explain a biased report, and how frequency of fact-checks tells us about how PolitiFact picks the facts to check.

One thing you may have noticed through this series is that the charts and data we’ve culled show a stark delineation between how PolitiFact treats Republicans vs Democrats. The major exceptions to the rules we’ve identified in PolitiFact ratings and analytics have been Donald Trump and Mike Pence.

These exceptions seem important. After all, who could more exemplify the Republican party than the incoming president and vice president elect.

It should be noted that all this data scraping and analysis was done before the election. As we planned this series, we were anticipating a deep dive into Hillary Clinton’s record, contrasting it with major Republicans. But Hillary Clinton suddenly feels less important than the President Elect Donald Trump.

I won’t lie, Trump threw a wrench into my analysis. Here I was, with a fairly clean story about PolitiFact being particularly unfair to Republicans, rating them more harshly, unfairly calling them liars with alarming frequency. With that thought in my head, along comes a candidate who seems to take a more casual approach to the truth, and who is easy to fact-check because his statements are so careless, so brazen, and his every statement is spread across the world so quickly.

It should be noted that, while I’m talking about Trump in this article, most of the same things can be said about Mike Pence. Pence has spent an enormous amount of time reinforcing or defending statements that Trump has made and most of Pence’s fact-checks are based on statements he made as Trump’s VP choice. As a result, Pence is the 3rd most “dishonest” Republican we checked.

“Only the third?” you may ask. “Who was in between Trump and Pence?”  I’m so very glad you asked.

(Note: For truth ratings, we used the following metric: TRUE = 0, Mostly True = 1, Half True = 2, Mostly False = 3, False = 4, Pants on Fire = 5. This means that lower scores are “more truthful”. The higher a politician’s “truth score” is, the more PolitiFact has called them a liar.)

Looking at the fact-checks by month:

If we look at the truth values over the course of the primary, a couple things stand out: 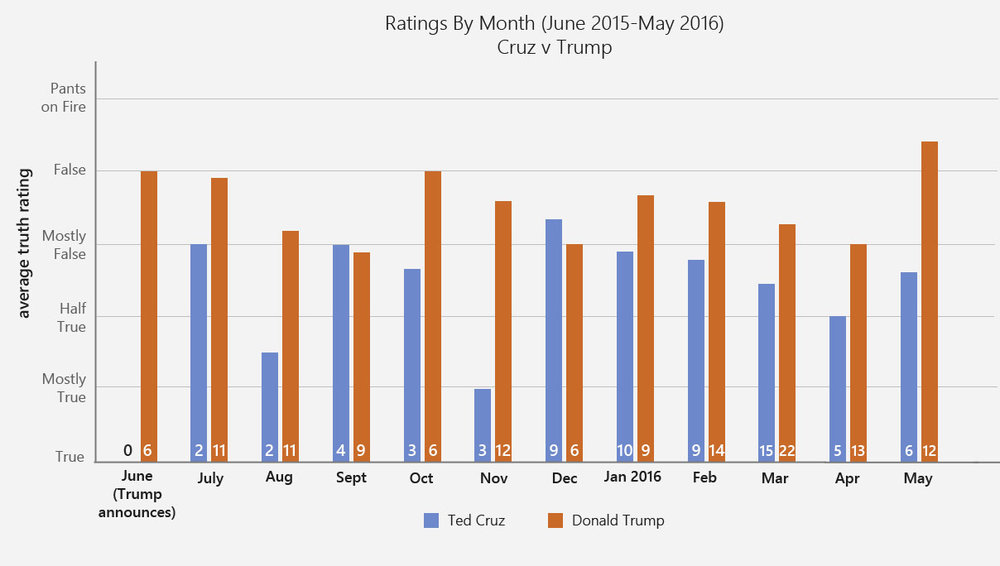 We see that Cruz was rated as significantly more truthful than Trump in 2 months, August and November 2015. Cruz was fact-checked twice in August & thrice in November, while Trump was fact-checked a total of 23 times those two months. (Ted Cruz was not fact-checked in June, when Trump announced his nomination.)

What caught my eye here was that during the most important months of the primary campaign (December 2015 and January 2016) PolitiFact checked Cruz more frequently than Trump and became substantially harder on Cruz, rating him at nearly the same level of dishonesty as Trump. In the months following, the ratings of both candidates improved at about the same rate.

Until Ted Cruz withdrew from the race.

In the month after Cruz dropped out of the race, PolitiFact unleashed on Trump with 5 Pants on Fire, 5 False, 3 Mostly False, and 1 Half True.

Things get more interesting when we look at the nature of these fact-checks. We looked earlier at the ways in which longer fact-checks are indicative of PolitiFact feeling the need to explain themselves in defending a rating that may be questionable.

When we look at the word counts for Donald Trump against almost any other Republican, Trump’s word counts does not fit with the pattern for Republicans, but the one for Democrats. 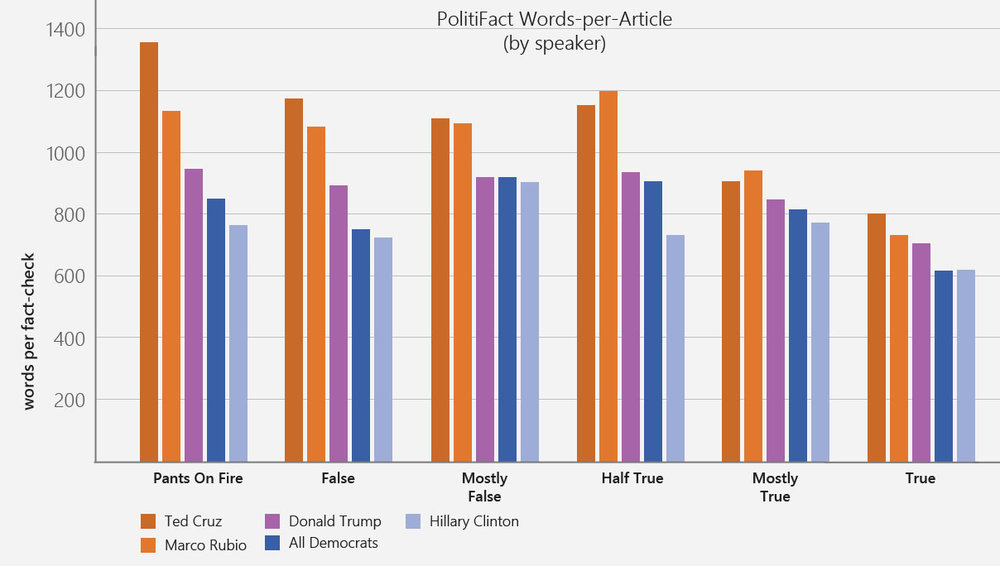 Articles calling Ted Cruz a liar (Mostly False, False, or Pants on Fire) are 30-40% longer than the same ratings for Donald Trump.

This means that, while PolitiFact was comfortable giving the overall ratings impression that Cruz and Trump were both liars cut from the same cloth, they consistently felt the need to explain at length why Cruz was a liar (a pattern we see with nearly all Republicans).

In contrast, they treated Trump as a Democrat: When he lies, they state the facts plainly and let the matter rest.

In this context, PolitiFact’s analysis of Trump reinforces the idea that the media has called Republicans liars for so long and with such frequency the charge has entirely lost it sting. PolitiFact treated Romney as a serial liar, a fraud, and a cheat. They attacked Marco Rubio, Ted Cruz, and Paul Ryan frequently and often unfairly.

Unfortunately, it requires an in-depth analysis of their work to discover this. If you look only at the ratings in aggregate, the metric that they’ve used to build their brand and to slander Republicans as a whole for almost a decade, it looks like Donald Trump is just another Republican.