Scalia’s Replacement Is the Line In The Sand 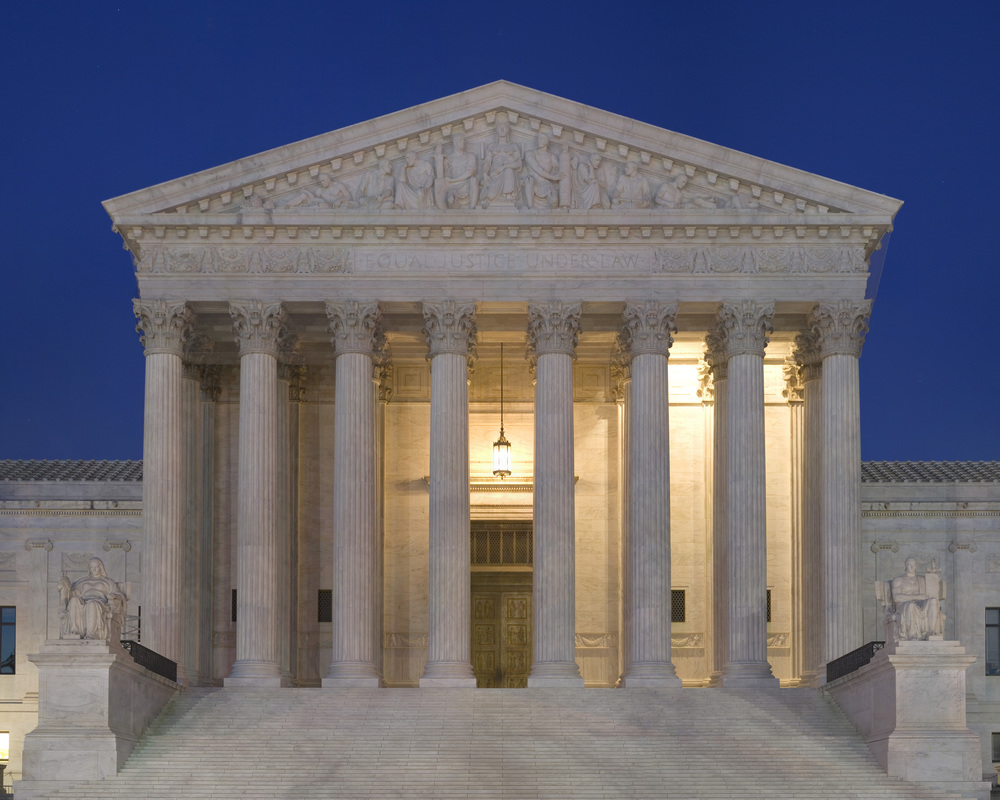 Within the first 24 hours after learning of Antonin Scalia’s death, the cry came loud and clear from leading Republicans and from much of the online right-leaning punditry that they had no intention of allowing President Obama to replace the famed conservative justice.

I am not a hard-leaning right-winger. I opposed the federal government shutdown. I’m a fiscal conservative, but I actually think we’re winning that fight due to the fact that federal spending has increased much more slowly than our economic growth during the past five years. I’m pro-accepting refugees (if we can manage the process effectively) and pro-gay marriage. I want solutions to make legal immigration less of a nightmare for honest immigrants. I generally want to see a functioning federal government.

In short, I’m a GOP squish. Or many people on “my team” see me that way and it hasn’t won me a lot of friends, on either the right or the left.

Keep that in mind when I say: I’m fine with the Senate refusing to take a vote on Obama’s SCOTUS nominee or rejecting any and all nominees he sends to them.

Obama has a duty to make nominations and the Senate gets to vote on them. They’re not carte blanche appointments; they’re nominations that must be voted on. Or not voted on. Obama, Hillary Clinton, Harry Reid, Chuck Schumer, Joe Biden … they all were part of a filibuster to block Samuel Alito, a conservative justice nominated to replace conservative justice William Rehnquist.

Replacing Scalia with a liberal justice would be a different action altogether. It would shift the balance of power in SCOTUS such that a liberal bloc that already votes together 90 percent of the time becomes a bloc that can hand down any verdict they so choose.

So I’m in favor of any tactic that prevents that from happening. Democrats lent validity to this parliamentary tactic, so I’m following their lead on this one.

Yet this attitude has been condemned by many smart people as “anti-Constitution” and the right is being mocked along these lines.

Oh, how quickly the “strict constitutionalists” disregard what the constitution actually says https://t.co/FVqHXagEyc

Let me be as clear as I can: Liberals have used up any and all goodwill with me. I’m the sort of GOP person they say they want, but it has won me nothing.

Historians will one day pronounce the GOP’s treatment of Obama as what it is: An example of blatant, unadulterated racism.

Don’t talk to me about the Constitution or rule of law.

8 I have news for Republicans who would put politics over the Constitution: Refusing to do your duty isn’t righteous, it’s disgraceful. -H

If liberals wanted to win me over with talk about duty, with concern for the rule of law, they had years to convince me that they gave a damn about it when it applies to people not on their “team.” Rule of law and fairness brought me on board the Black Lives Matter movement. But rule of law, the Constitution and basic fairness apparently do not apply to conservatives.

That’s not going to work this time. Not on this issue.

What was the liberal response when the IRS was choking out the Tea Party by targeting conservative groups? First they called it a conspiracy theory, then they denied it happened, then they made up excuses for it … excuses that naturally blamed the Tea Party. There still have been no lasting repercussions to the IRS.

Where have liberals been on Hillary Clinton’s email debacle? Drinking up every excuse she gave out, blaming Republicans for the attacks, arguing that, even if she did something illegal, it’s really because of over-classification so it’s not a big deal.

Liberals have not convinced me, by word or action, that rule of law is important to them. When I try to draw honest parallels between similar situations, I run into reason after reason why situation A is different from situation B, but the result is always the same: They want the rules to apply only when they benefit. They convince themselves that the situation is different enough that, just this time in just this situation, there is good reason for them to get exemption from the rules. There will be arguments and debates, but at the end of the day, the exemption will end up applying only to a Democrat and not to a Republican.

I’m tired of trying to hold both sides to the same standard. I’m sick of arguing with my conservative friends that we need to live by these rules when the left won’t apply that standard to themselves. If I said, “We should let Obama nominate whomever he wants,” liberals would use that statement and my support, I would be the good conservative who gets them what they want, and the next time I ask them to stand up for the rule of law against someone on their own side they will fall back to their excuses and tell me to take a hike.

There have been plenty of opportunities these past several years for them to look past their partisanship. There have been dozens of situations in which they could have seen the clear parallels, seen the unfairness, and called their own side to task, or acquiesced that maybe, possibly, I have a point about double standards.

Instead, I watch as a pro-life journalist is brought up on charges for making a fake ID while a liberal journalist breaks DC gun laws on air and gets away with it.

I was OK with arresting them both. I’m OK with applying principles of integrity and law to both sides. Please. Do that. Show me that you care about more than partisan point-scoring. Why did they argue and fight on such a petty, stupid thing rather than earn the goodwill they so desperately need now? They can’t stop making excuses and pretending to hold a set of ideals that oh-so-conveniently happen to shift in such a way that they pan out for their team every. Single. Time.

Now liberals need moderate conservatives like myself. Now they need this goodwill and bipartisanship and they think they can shame it out of me. I could have been on their side on this SCOTUS nomination issue. It is very much in my nature to say, “That’s a tough break, but the law is the law and we need to abide by it.”

But they won’t do that for themselves. That’s all I ever asked. They had years of chances. I won’t be shamed or bullied on this one.

They cannot replace Scalia’s with another member of a lockstep liberal bloc on the Supreme Court. The law is the law. And the law says that the president can’t appoint a Supreme Court justice without the Senate.

If liberals want to show me that they’ll apply integrity to the political process (they can start with giving a single damn about the IRS blocking right-leaning groups) maybe we can revisit this issue. But on this issue, shame will not work. Talk of duty and responsibility and “good governance” would have worked if I thought they were more than a rhetorical flourish to get me to agree with them.

But those bridges are burned. It’s too late.

The fight over Scalia’s replacement is where we need to draw the line.