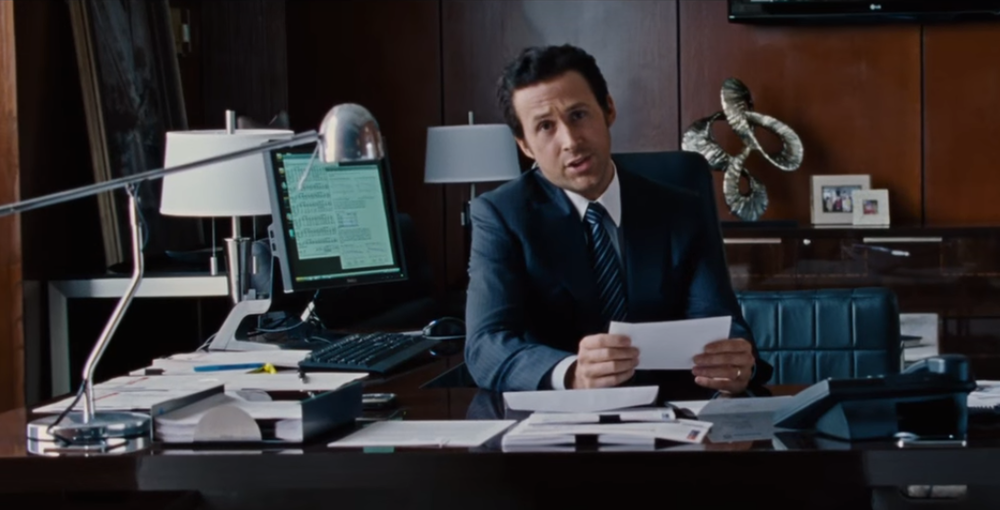 Ignore the subprime loan shop talk and Margot Robbie in a bubble bath for a second (if you can) and think of “The Big Short” as a pulsing, kaleidoscopic exercise in 21st-century filmmaking—because that’s what it is, a uniquely modern marriage of dusted-off Hollywood staples and shiny zeitgeist.

A little bit Vox, an awful lot BuzzFeed, “The Big Short” is the film equivalent of your daily flipping between Chrome tabs: a Wall Street Journal piece on interest rates, the latest People magazine cover interview, an in-depth New York Times something that you skim, and a quiz asking “What Kind of Hamburger Are You?”

With the frenetic pace of a Twitter timeline when news breaks, “The Big Short” skips back and forth between three storylines of people who saw the housing market crash of 2007 coming and bet against the entire American economy to get rich. It has the attention span of a millennial, jumping easily from explaining CDOs (collateralized debt obligations) to referencing Britney Spears.

Christian Bale in a role that earned him his third Best Actor nod is the first to notice the enormous, dangerous housing market bubble, a house of cards set to come crashing down after mortgage rates adjust in 2007. Based on the real-life Michael Burry, Bale’s character is an idiosyncratic hedge fund manager who spends his days staring at numbers while listening to heavy-metal music and walking around his office barefoot.

Dr. Burry makes his bet against the housing market by using investor money to purchase credit-default swaps on subprime mortgage bonds … you know what, see the movie and let the stars explain it to you.

“Big banks vs. the little man/Wall Street is corrupt” isn’t a brand-new storyline by any means, but the way director Adam McKay pulls together the ensemble storyline of “The Big Short” is fresh, exciting and—dare I say it—incredibly millennial. After all, the driest parts of the film are packaged like a BuzzFeed listicle—it’s so much easier to pay attention when pop star Selena Gomez is breaking down synthetic CDOs.

But unlike that BuzzFeed quiz on your hamburger type, “The Big Short” is a worthwhile investment of your time in an age where countless distractions demand it. If Ryan Gosling’s Jared Vennett is the cynical mind driving the film, Steve Carell’s Mark Baum is the earnest-eyed soul that keeps it anchored. Brad Pitt rounds out the cast as a former investment banker turned semi-Luddite so haunted by his trading days that he thinks the NSA is listening in on every call.

Carell, whose C.V. of roles has only become more impressive and varied since his “Office” days, provides the necessary heart in a film where everyday people are betting against the big banks—while knowing that if the banks are wrong, Americans across the country will suffer.

It’s a curious experience as a filmgoer, rooting in a way for the protagonists of “The Big Short” to be right while dreading that inevitable crash that destroyed $6 trillion in real estate value for U.S. households. For all its cynical, fourth-wall-breaking fun, “The Big Short” doesn’t let you forget that the numbers translate to real, everyday people—Americans who lost housing value, savings, pensions, retirement funds. It might bring a touch of populist fear with a dash of anti-capitalism to the table, but “The Big Short” ultimately trades on common sense … even (or especially) when it’s common sense explained by Margot Robbie in a bubble bath.