While making your way through “12 Dates of Christmas,” “Dear Santa,” “A Christmas Kiss,” “Christmas in the City” and more, you’ll notice some patterns start to emerge (along with some embarrassing Netflix recommendations).

As a rule, these movies star a plucky heroine who just hasn’t been able to get her life together. She’s often a single mom, a struggling career woman trying to make it in a job vaguely related to journalism or a small business owner trying to keep her family’s legacy alive (the three jobs women in TV movies are allowed to have). 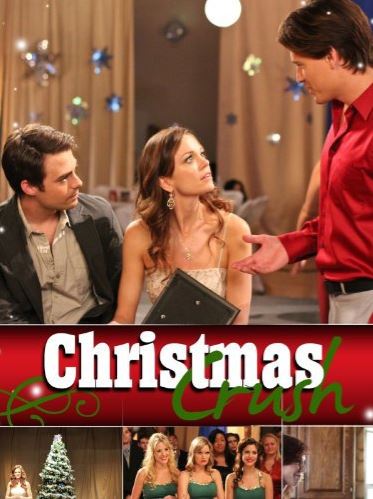 Inexplicably, the TV movie writers often decide to make “let’s lavishly decorate a rich person’s home BECAUSE CHRISTMAS” one of the big plot points even though they clearly didn’t have the budget for it.

In “Christmas Belle,” Haylie Duff’s character persuades an eccentric rich guy to let the town throw the year’s biggest event – a Christmas festival – on his estate. Apparently, the budget for this HUGE ANNUAL EVENT only covered some folding chairs, a few bows and a dozen extras … what gives?

Another pattern is that loss of a spouse and single parenthood are often sources of conflict, but they’re depicted differently for men and women. In “12 Dates of Christmas,” “Dear Santa” and “The Christmas Blessing,” men are widowers, their lost spouse portrayed as a beautiful photo and a treasured memory from the past. The women in “My Santa” and “Christmas in the City” were deserted by their respective men, who are portrayed as defunct dads.

I can’t decide if this difference reflects more poorly on society’s view of men or women … the absent dad is the bad guy more often, while women aren’t human enough to be anything but the angelic dead spouse. Or maybe they’re really reflecting social data on the gender gap in absent parenting? YES, I’M OVERANALYZING. CARRY ON.

When in Doubt, Say ‘But It’s Christmas’

These movies use Christmas cheer to gloss over plot points the way you spread frosting on a poorly executed cake—and yet I can’t help but love them. They offer a world where anything can happen. Maybe you’ll disguise yourself as a tutor in a castle that doesn’t do background checks and end up marrying a prince. Maybe you’ll tease an independently wealthy recluse about his inability to wear a shirt until you fall in love. Or maybe Rob Lowe will randomly show up. Who knows!

Life in 2017 is stranger and more complicated than ever, and there’s no escape quite like a low-budget TV movie that requires you to suspend your sense of reality and tells you that being a kind and more-or-less adorable person will make everything come out right in the end.