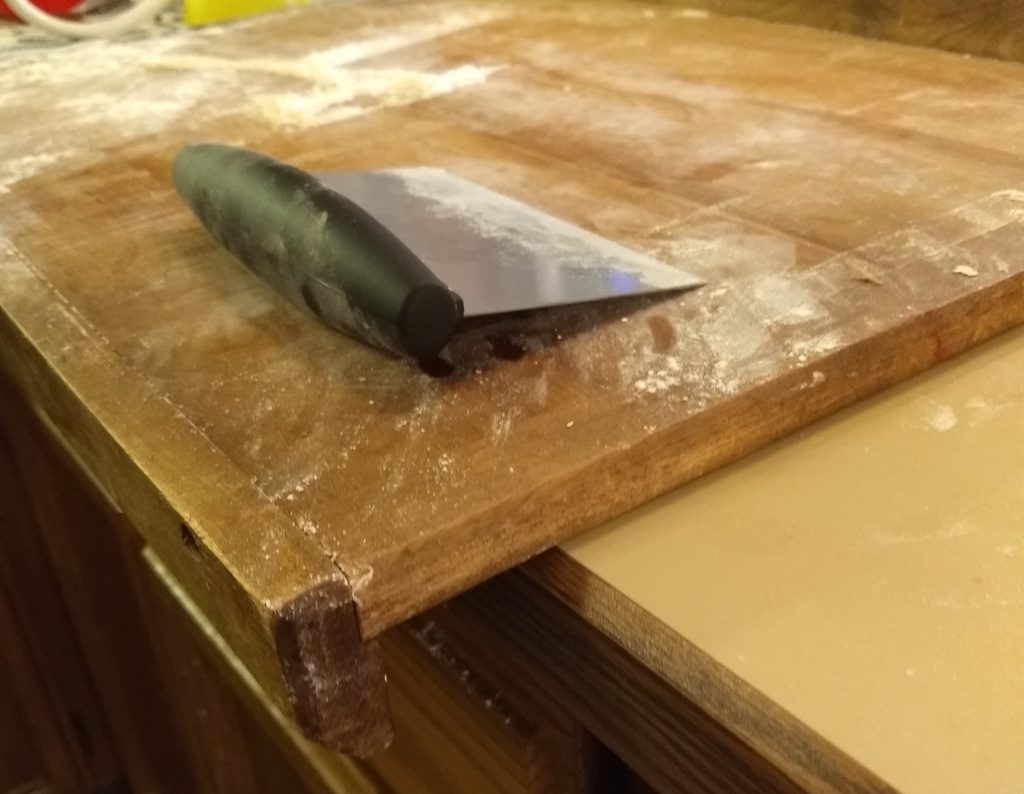 This summer while visiting my parents, my mother gave me a piece of wood.

It’s not an impressive piece of wood, just a slab with a lip on either side extending in opposite directions. As it turns out, it’s a dough board. You place it on a table or counter and the lip allows you to roll dough out without the board moving across the counter. You see, I had recently discovered baking as a hobby away from glowing rectangles to which I can retreat in order to keep myself sane. My mother, who had never gotten into baking as I have, thought maybe I would like this, I would have some use for it. It is, in fact, incredibly useful and I asked her where it came from.

“Oh,” she replied, “That was given to your great-grandmother for a wedding present. I guess it would be about a hundred years old by now.”

Out With the Old

I work in software. Actually, that’s probably putting it lightly. The truth is that I live in software. Everything I do, my job, my hobbies, my recreation, almost everything is related to technology.

There is a great joke about how we have the sum total of all human knowledge in our hands while we make cat jokes on the internet. There is some truth to this. We have access to so much information and we joke about how we have to be careful what we put online because “the internet is forever.” There is this vision in technology that we’re constantly building one thing on top of another, like a great and true Tower of Babel against which God Himself cannot compete.

But that is only true if we’re looking forward. If we look behind us a few years, what we would see is a past that is disappearing, chasing us as fast as we can build the bridge in front of us.

I’ve been on Twitter for about eight years. I’ve thought about simply deleting everything before a certain date because, honestly, it’s already gone anyway. The URL shortener startups (yes, that used to be an actual thing!) have all collapsed so none of my early stuff has any context to ground it. Without the links, it’s just context-less rambling. The underlying content is disappearing and has been for some time. 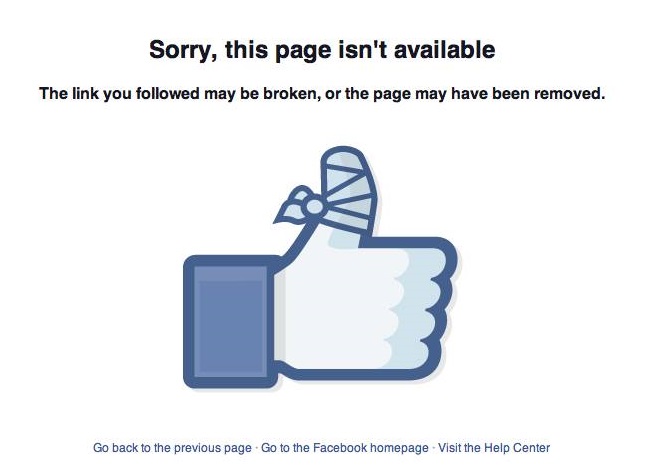 I’ve been in the industry of software for about 10 years and I’ve met some wonderful people, discovered some amazing technologies, and watched the hard work, the passion, the blood, sweat, and tears of a new and incredible project evaporate into the air. Billion-dollar technologies have disappeared into the ether, leaving anyone who bought the illusion of digital permanency clutching the past as if they were trying to hold water in their hands.

The truth is that anything digital requires upkeep. Five years ago, Scott Hanselman made a plea to bloggers to own their own content, to host their own words. He wasn’t wrong, but hosting our own words costs money. We can’t just write and expect it to live on the internet forever. We either have to pay for the ability to extend the life of our words or we are at the mercy of some third party.

When I started build data visualizations, they were all in Flash. Tutorials on data visualization focused on Flash. It was a skill that many people I know developed, honed, became experts in. People made fun of the iPad because it didn’t support Flash and the world of digital video ran on Flash at the time. “This will never catch on… it hardly supports this basic web technology,” we sneered.

Most of those visualizations are just gone. The traffic stopped coming, the people stopped caring, and someone decided it wasn’t worth hosting this amazing data exploration that helped us make sense of the crush of data. So it disappeared. It’s not even archived in the Wayback Machine because they don’t download Flash apps. Hundreds of hours of work … as if it never even happened.

Once, I didn’t think about this very much. I used to be entirely forward-looking, building the new thing, abandoning the old. But I think about it all the time now.

Out With The New

Part of it comes from having kids. I remember my childhood when I played these silly adventure games. King’s Quest, Myst, some really wonderful experiences that I’d like to re-live. Fortunately for me, they aren’t all lost. Many of them live on, due to the unappreciated and largely unpaid work of technical geniuses who, like me, are deeply nostalgic. 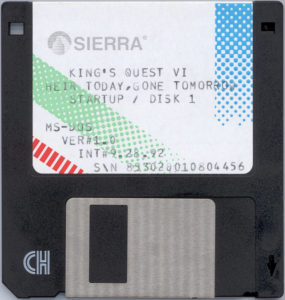 once upon a time, when you bought a thing, you owned the thing

But that is a luxury my kids won’t have.

I smiled. I like the show and I’m always happy to see my kids enjoy something that is entertaining to me as well. So I went to pull it up. It had disappeared. It was there last time we looked and now it … just… wasn’t.

She was sad but not terribly surprised. In her short four years on this earth, this is something she’s grown used to. The shows she loves, the movies she wants to see … they will just randomly disappear. She never runs out of things to watch, but media has no permanency to her. It’s like a mystical cloud that retreats when she reaches out to grab it. We never really “have” anything when it comes to digital media. The shows she loves drift in and out of her life like ghosts.

But the digital media is nothing compared to the brutal ephemerality of games.

With the games I played as a child, at least I owned them. I purchased a CD or a disk and that physical thing was something no one could ever take away from me. Many of those physical copies survive to this day.

Not so with games on the iPad. Many of those games depend on hosted services that could simply disappear at any moment, never to be loved, discovered or experienced ever again.

This happened with Disney Hidden Worlds (one of my 6-year-old’s favorite recreations). This game of exploration used stills from Disney movies and allowed kids to work their way progressively through the various Disney stories. It was launched in 2013 and with little fanfare or warning, shut down 16 months later.

To my daughter, it seemed like something was stolen from her. She had something, it was on her iPad, and then it was taken away. Just … gone. Forever. She’ll never see or experience it again.

I can’t blame the company per se. It costs money to host things. If they aren’t worth hosting, it makes sense to stop throwing money at the problem.

But this is a world away from an out-of-print book or an old, beloved, hard-to-find VHS from my childhood. Those things are purchased, physical. They may not last forever, but they’ll last a generation or two. And as hard as it might be to find a VHS player, at least the object itself hasn’t disintegrated in our hands.

I don’t know what this experiential quicksand is doing to the younger generation, but I worry about it. Enough that I don’t buy digital anymore. Sure, Amazon might sell me my shows in an easy-to-watch format, but Amazon might not be around forever. I remember that when I bought my first DVD, Yahoo! looked like it was taking over the world. And whenever it makes financial sense for Amazon to stop hosting the videos I bought, they will. And I’ll have nothing.

The same goes for my old technology writings, my old online communities, everything I’ve built, recorded, written or shared. I have a nightmare that I die in a car accident, my hosting bill goes unpaid and everything I’ve ever done will go offline as I instantly vanish from the earth.

I suppose at least LinkedIn will make my colleagues sad once a year by jovially reminding them to congratulate me on never quitting the last job I ever had.

My grandmother (the daughter of the great-grandmother with the dough board) had the right idea. She’s written two books that no one ever bought, a fictionalized account of the early life of the man she adored and a personal memoir with family pictures and recipes. 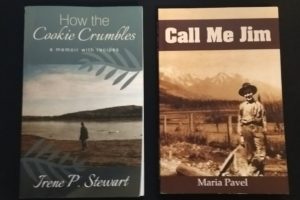 She wrote both books and paid to have them published, a practice she quickly warned us was foolishness. Except that … now I have two books from my grandmother. I have the family recipes, the stories. I don’t have to host this information, maintain it in any way. My kids can read about their great-grandparents and share the stories with their kids.

My recommendation: If it’s something you want for a long time, don’t buy digital. Don’t let someone else control your media or memories. Print your blog. Buy paper books. Find your 50 best pictures from the past year and print them out. Gravitate toward things that last.

This has heavier up-front costs and I count myself lucky enough to afford to do this. But without those physical objects, that sense of permanence that comes from ink on pulp or a translucent disc, every online experience, media, or post seem like a Snapchat timer with an unknown expiration on it.

Or, to pick an analogy for those of us over 30, like dust in the wind.