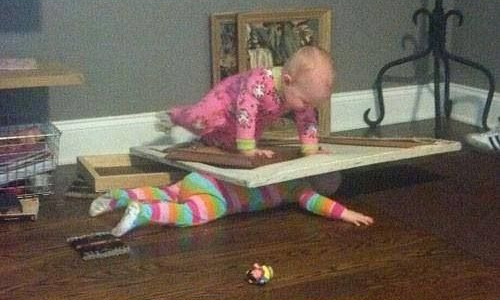 In the race to beat Donald Trump for the GOP nomination, the options are increasingly narrowing to a choice between Ted Cruz and Marco Rubio. Fortunately for Trump, these factions in the GOP are at each other’s throats, becoming increasingly furious with each other.

Flip a coin, pistols at dawn, rap contest… Don’t care how they do it, but Rubio & Cruz need to decide who is going to beat Trump

No, what we need is a GOP decathlon. A series of events in which Cruz and Rubio can score points to determine, in an objective, analytical way, which one will go mano-a-mano with Trump

This version of Jenga is run with a chess clock. First one to run out of time or knock over the tower loses.

Upside for Cruz is, with his debate background, he’s probably really good with working against a clock. On the other hand, he can’t talk the Jenga blocks out. But Rubio probably can’t make it that long without sucking down a liter of water so I’d have to say …

This is probably not a really fair one…

Yeah, Rubio knows more about rap than Ted Cruz, but that’s not why he would win. He just has a much more natural flow and tonality of speech. Cruz’s speaking style would work against him on this … he would end up sounding like one of old guys trying to be “hip” to connect to young people. Think Hillary Clinton’s Whip/Nae Nae.

Little known fact: Ted Cruz loved playing Mario Kart in college. I’ve become convinced that he has modeled much of his signature look on Luigi.

4. “Who Said It, Donald Trump or Hillary Clinton” Contest

This one depends on if they know it coming. One of Cruz’s best features is that he’s a study nerd, so if  knows he has to study for this, I think he’ll ace it. Otherwise, it’s a 50 / 50 chance. 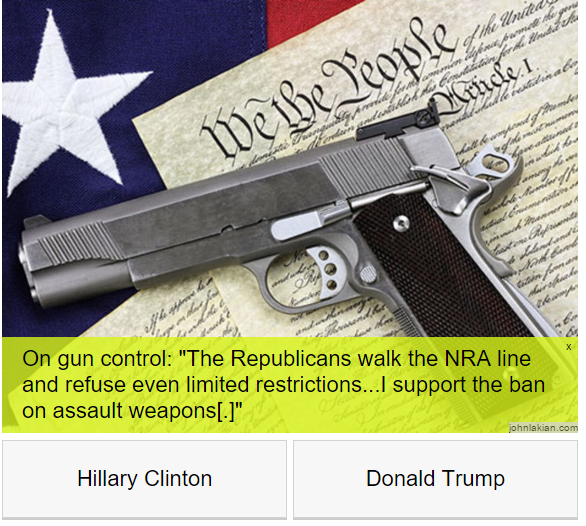 I know Rubio likes football, but he also throws cornhole beanbags like he’s shooting a basketball. That’s a terrible way to play cornhole but I think it points to a proficiency in the game. 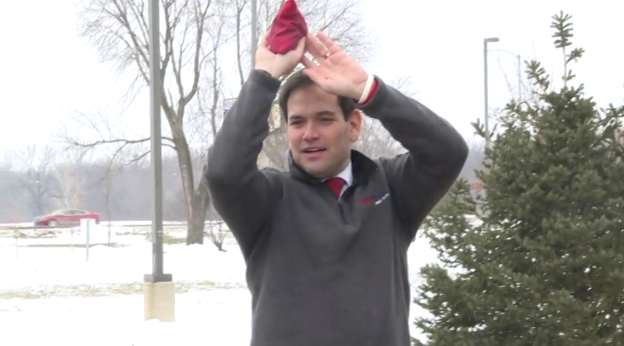 That’s not how you throw a bean bag, Senator.

This makes me think that he’s probably comfortable on the basketball court. So unless Cruz has several inches on him, I think Rubio is the best bet.

As much as I would like to see Ted Cruz dance, I think the obvious winner of this contest would be Marco Rubio for his signature move…

Let’s see… a game that depends not on charm, but on reading the temperament of a judge who much choose from a set of anonymous answers? That sounds like a game tailor made for the guy who is famously a champion debater.

As long as the game involves hitting little kids with thrown objects, I think we can safely give this one to Marco.

Marco lived in Miami, which has some amazing food, so he might be able to hold his own here.

However, Ted Cruz does all his cooking with a machine gun, so I think he’ll get a lot of points for style.

On the one hand, the fact that there is a Texas Canadian Whiskey seems like God’s way of telling us Ted Cruz is going to win. On the other hand, Rubio’s dad was a bartender and you can’t convince me that the son of a bartender doesn’t know how to hold his liquor.

If you’re not familiar with Candyland, it’s a game in which you move across a board toward your ultimate prize, drawing a card with each turn, moving forward or backward as the card dictates. Once the game has begun, drawn cards are placed at the bottom. There is no element of skill or even luck. The fix is in the moment the game begins and, no matter how the participants  maneuver or bluster, there is naught but to accept the unfeeling and inevitable hand of fate as your hurtle inexorably to your eventual doom or victory. The fates have already chosen a winner. The “players” are mere pawns, performing no purpose but to slowly unveil the fate that has already been chosen for them.

In other words, it is exactly like the GOP primary.

Correction: The original version of this post added a superfluous “a” to the word “decathlon,” a grammar error these two fine candidates are likely too smart to make. You can still check it out in the url because those are a PAIN to change.