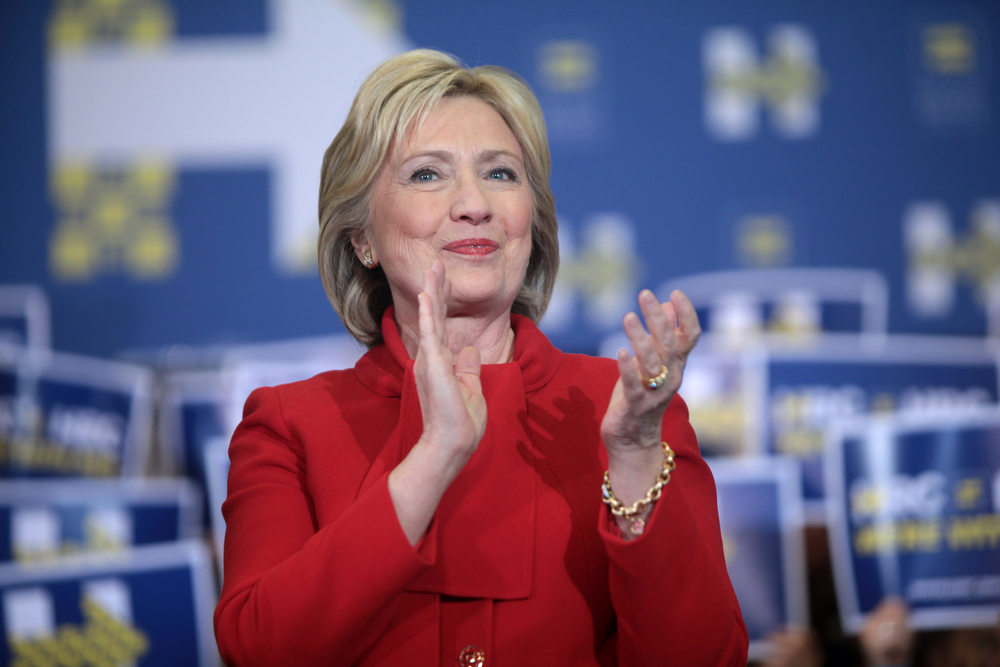 Note: This piece was written before Donald Trump suggested that the Russians should hack and release Hillary’s emails. We want it to be made clear that it is currently impossible for anyone to hack Hillary Clinton’s email server, which has been offline for over a year. Any releases of these emails would mean they were compromised long before Trump made that suggestion.

As we learn more about the Wikileaks dump of Democratic National Committee emails, some incredibly damaging information has come to light.

The most insulting and damaging emails seem to indicate that the DNC was always pushing Hillary Clinton (duh) but also playing dirty pool with Bernie Sanders in such a way that he never really had a chance against Clinton. Even more imply that there were efforts to quietly violate campaign finance rules, as well as a general sense of entitlement among the leaders of the Democrat party. The damage is bad enough that it seems Debbie Wasserman Schultz is out as DNC chairwoman.

The assumption from many has been that this hack has been the work of Russian intelligence and the release has been orchestrated by Vladimir Putin in an effort to boost Donald Trump (who holds Putin in revoltingly high regard) toward the presidency.

If this is the case, then I have advice for Democrats wishing to keep Trump from securing the highest position of power in the world: You need to stop defending Hillary Clinton.

I’m sure that advice has a very “don’t throw me into the brier patch” feeling to it, but in this instance, we are in agreement. I think Trump is too dangerous to let him anywhere near the Oval Office.

The danger of defending Hillary Clinton is that we risk a repeat of the DNC email leak, but with leaks from Russian intelligence that could be much more directly damaging to Clinton.

It is a near certainty that Russia has all of the emails from Clinton’s server. Knowledge of the server was made public by Guccifer years before it was taken offline and IT writers were theorizing about how you could breach the still-live server as late as March 2015. There were even emails from her IT guy saying he was going to restart the server b/c they were getting intrusion attacks.

[This pause is to allow IT professionals a 5-minute laugh break at the idea that intrusion attacks can be stopped by restarting a server.]

I’m not recounting all this just to say “Hillary’s emails are bad news,” but to say that they are bad news that Putin likely has. The question is “What is he going to do with them?”

Defending Clinton as a good candidate means putting her on a pedestal rigged with explosives when we know Putin has the button. Anyone who wants to stop Trump has to come to grips with reality and recognize that Hillary isn’t a great candidate. They have to be realistic about her flaws and her failures. They have to prepare themselves (and the public) for the fact that Putin will try to sabotage a vision of Clinton as a competent and responsible candidate.

People who insist on building Hillary up as a great leader and a competent executive will find that, when the next leak happens, they will lose all credibility. They might, at that point, change their tune to “OK, she’s a terrible candidate … but Trump!” but that line coming at that moment will smack of partisan self-interest. They will be dismissed completely.

I know this is hard to do. As far back as I can remember, every presidential election has been cast (by both sides) as the good guy vs. the bad guy. We don’t want to vote for a terrible candidate who is slightly less terrible than the other candidate. We want to find reasons to feel good about our vote. That is not the election we are in today.

This is not the election for youthful idealism, in which we get to choose from the forces of light against the forces of darkness. This is an election for cynical, hardened adults. This election provides us with the kind of hard decision that leaders are presented with when they’re asked if they want to tolerate the stability of a genocidal regime or they want to risk the chaos and uncertainty of a deposed dictator.

Hillary Clinton is not a great candidate. She is deeply flawed in ways that should profoundly disqualify her for the presidency. We have to be prepared for people like Putin to lay out all her dirty laundry, hoping that exposing the truth of her corruption and carelessness will disgust enough voters over to Donald Trump.

The inoculation against this increasingly likely scenario is to admit that it might happen and prepare for it, not to lie about Hillary’s greatness and hope no one ever finds out you were wrong.