Half of Republican Women Say #NeverTrump. Maybe the Other Half Haven’t Seen This Video Yet. 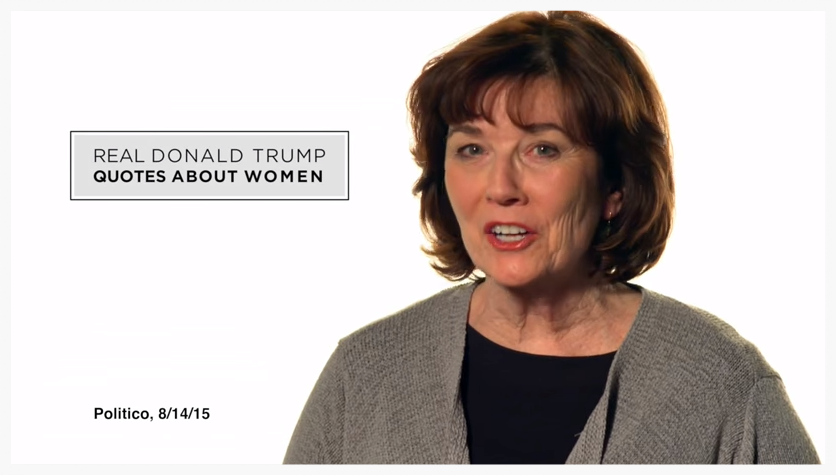 The candidate who is presumably busy suing the U.S. political system has a disastrous showing in a new NBC/WSJ poll. Of the female Republican primary voters who were polled, about half (47 percent) said they could not see themselves supporting Trump. This #NeverTrump attitude had a definite gender gap: Among their male counterparts, 40 percent agreed that they did not imagine themselves voting for Trump.

Women tend to lean Democrat as a voting bloc, but data shows that Trump makes the problem much worse.

But plug in the names “Hillary Clinton” and “Donald Trump” and the gap gets even wider.

Whether he’s addressing a female reporter as “Beautiful” or saying women should be treated “like shit,” Trump has a long history of misogyny that was recently encapsulated in a TV ad called “Real.”

The video spot, which was picked up by outlets ranging from Elle magazine to the conservative Townhall.com to the very liberal Salon, features real women like you and me reading aloud Trump quotes about women verbatim.

“You know, it really doesn’t matter what they write, as long as you’ve got a young and beautiful piece of ass.”

“That must be a pretty picture. You dropping to your knees.”

Polls taken before he attacked Heidi Cruz. Trump’s possibly the only person capable of exciting women about Hillary. https://t.co/0v2TUMR0hY

“I beat Hillary in many of the polls.” – Trump at #GOPDebate

Everyone ready for November?