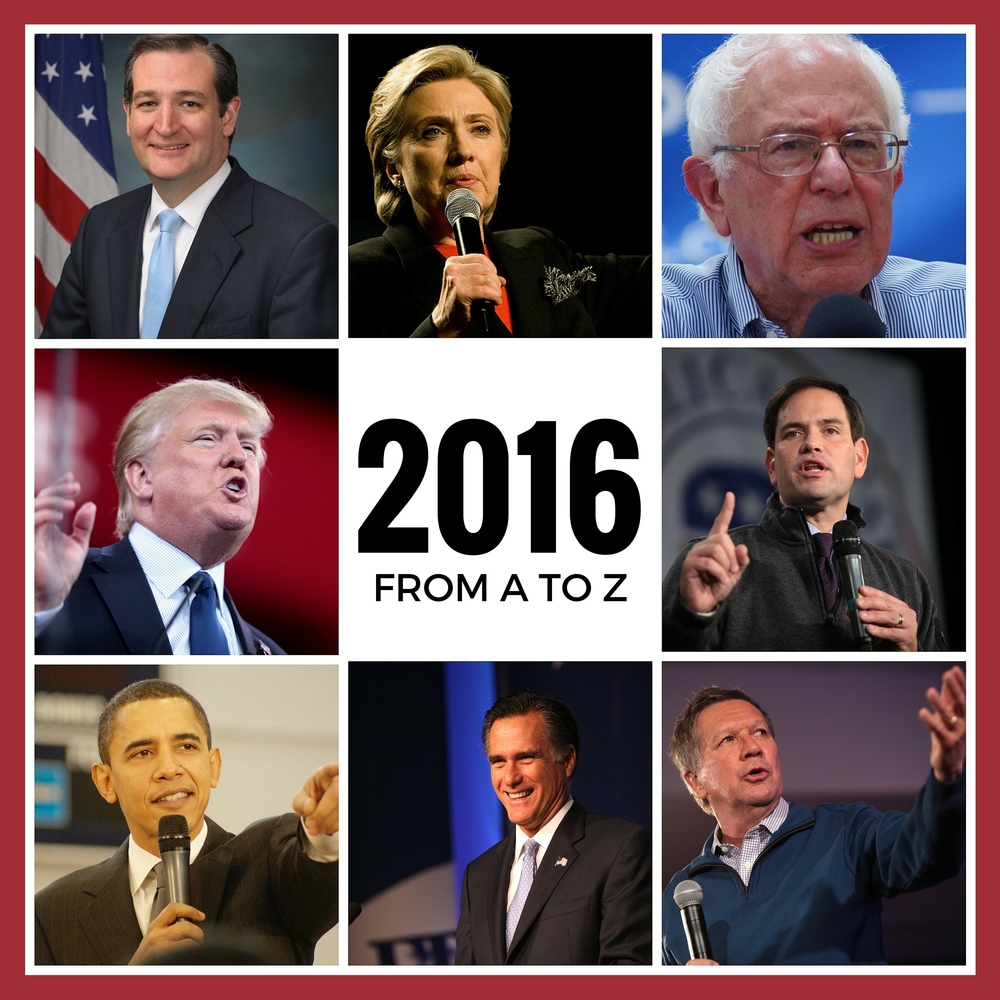 Affordable Care Act. The given name of Obamacare, which has been a talking point for many a GOP contender this election cycle. In January, President Obama vetoed a bill that would have gutted Obamacare and defunded Planned Parenthood. A conservative in the White House could fix that.

Cruz. Accused of liking Nickelback. Shut down the government back in 2013. Furthering an election narrative pitting “grassroots” and “establishment” conservatives against each other, Ted Cruz has been firmly on the grassroots side of things with an outsider platform vowing to root out corruption in D.C. Drink every time he says “Washington cartel.”

Deals. What Donald Trump vaguely promises every time he opens his mouth. Deals with terrorists, deals with communist governments, deals with Common Core. TREMENDOUS DEALS WITH BEAUTIFUL PEOPLE FROM A GOOD BRAIN.

Establishment. A term that has lost meaning this election cycle along with “grassroots.”

#FeelTheBern. The charming hashtag fueling the unlikely Bernie Sanders bid for president, which has proved to be the little campaign that could in this election cycle. He’s giving Hillary Clinton a run for her money, and Democratic Party leaders aren’t super happy about it. Millennials (an especially coveted demographic for Clinton) love Sanders, probably partly because he inspires trends like this one:

GOP Doom! What Republicans know will happen if Trump is the nominee—and what they fear even if he’s not.

Hillary. The most distrusted and disliked candidate in this race—not counting Trump.

Immigration. One of the election cycle’s biggest issues, for good reason. Americans are worried about an insecure border and feel ignored by President Obama; many of them have unfortunately turned to a candidate who can change his mind on immigration-related issues multiple times in one day to fix the problems.

Jeb! The favored candidate coming into a crowded GOP field. Unfortunately for Jeb Exclamation Point Bush, 2016 was absolutely not the right year to have a familiar last name.

Kasich. The GOP candidate everybody basically ignored until he somehow made his way to the last three standing. The conservative breakdown: He’s weak on Obamacare, shaky on religious freedom but quietly a pro-life fighter.

Loyalty. Normally a good thing—except during this crazy election cycle. Grassroots loyalty, establishment loyalty, party loyalty, candidate loyalty, Rubio loyalty, Cruz loyalty … loyalty to anything except pure conservatism has been a distraction that has splintered the field and let Trump get ahead.

Mitt. Former Massachusetts governor and 2012 presidential candidate Mitt Romney has been MVP when it comes to trolling Trump. His speech urging conservatives to unite against the Democrat slash possible dictator who has infiltrated the field separated GOP principles from Trumpisms, while his recent wisecracks at Trump’s expense were just icing on the cake.

Mitt Romney at @NRCC dinner: “Donald Trump has had several foreign wives. It turns out that there are really are jobs Americans won’t do.”

New Hampshire. A decisive state in this election cycle. Sen. Marco Rubio stumbled in the GOP debate and didn’t regain footing quickly enough to perform strongly in the New Hampshire primary. A big win re-established Trump as the frontrunner after he had massively underperformed in the Iowa Caucuses.

#PPSellsBabyParts. The hashtag decrying Planned Parenthood for handing over carefully extracted baby parts to researchers in order to “benefit” its clinics. A series of undercover videos last year made defunding Planned Parenthood a top priority for conservatives along with repealing Obamacare.

Questions. One of the strangest moments of this election cycle: Trump answering a question on nukes with “I’ll tell you one thing, this is a very good looking group of people here. Could I just go around so I know who the hell I’m talking to?” Another peculiar moment: former Breitbart spokesman Kurt Bardella answering a question so bluntly that CNN’s Don Lemon was visibly taken aback on camera.

Rubio. A glimpse of what the 2016 race could have been—a time of renewed passion for conservative ideals and a future where the GOP is known for listening to everyday Americans, working to heal racial tensions and promoting the precious American Dream.

Speaker Ryan. A voice of reason in a time of GOP insanity. Saying he can work with Trump if necessary but denouncing Trump’s bigotry as needed, Speaker Paul Ryan has offered the thoughtful, nuanced, conservative perspective desperately needed from GOP leadership right now.

Trump. A businessman and longtime Democrat who allegedly tailors his talking points to what “right-wing crazies” want to hear.

Utah. Home to many Mormon voters who decisively said #NeverTrump at caucus time. 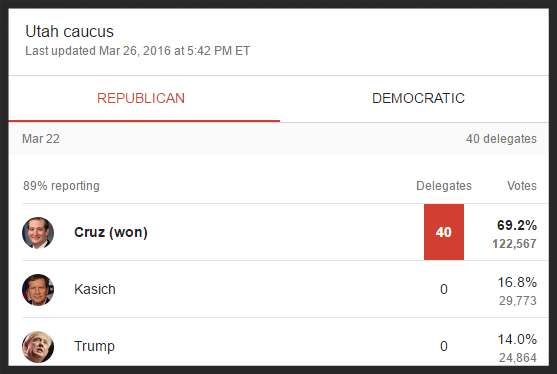 Victory. What Clinton will be squealing about on election night if she runs against Trump.

Walker. A GOP presidential hopeful who dropped out of the race early after fizzling. Scott Walker’s strong conservative record as governor of Wisconsin was no match for the media circus that 2016 became. His honorable concession speech urging other candidates to drop out so voters could focus on a “positive, conservative alternative” to Trump was hauntingly prophetic.

Xenophobia. (n.) An intense or irrational dislike or fear of people from other countries.

Add in every other kind of immigrant and it’s perfect! #moritorium #AssimilateTheOnesWeHave https://t.co/sj4houHhEY

Yuge. The size of the problems America will have if Trump somehow makes it to the White House.

Zodiac killer. A still unidentified murderer from the 1960s and ’70s who is haunting Cruz in the most absurd meme of this election cycle.

LINDSEY GRAHAM: Hey, it’s not like Ted Cruz is the Zodiac killer!
*staffer whispers in his ear*
GRAHAM: Let me rephrase that.