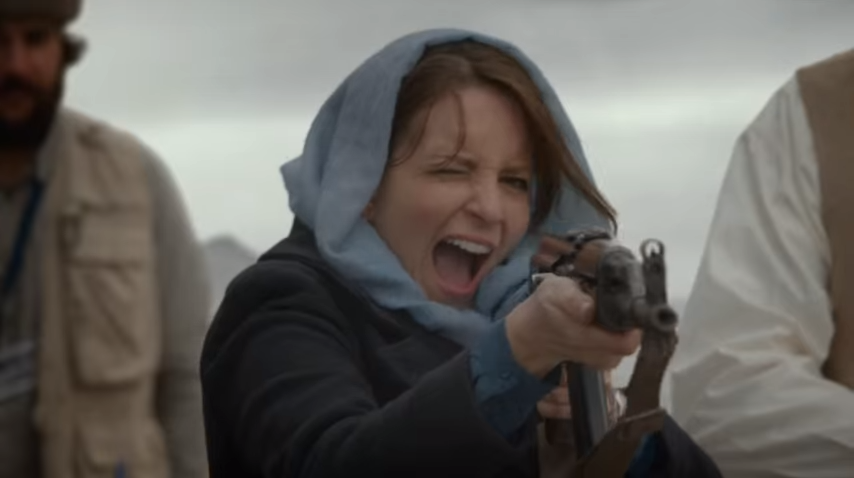 This column analyzing how women are portrayed in media is what happens when you’re a conservative feminist who loves movies. Feminism often uses the Bechdel test as a metric: Does this movie have a scene where two women with names talk about something other than a guy? The point of the test is not “movies that pass this are feminist”—it’s “this is the absolute base point of whether or not women are their own people in this movie.” I attempt to go a little further each week with a deeper analysis.

Like its central character, “Whiskey Tango Foxtrot” can’t quite figure out what it wants to be when it grows up.

The one and only Tina Fey is lots of fun per usual playing Kim Baker, a 40-something who ditches her deadbeat job writing news copy for people who “look pretty on TV” to cover blood, sweat and explosions in Afghanistan. She’s typically deadpan hilarious, with a uniquely Fey sense of timing, and brings a wry humanity to the role as she acts as a surrogate for the audience. Most of us have never been to Afghanistan or experienced the terror of a war zone; Fey’s Baker hasn’t either, grappling with new dangers and a foreign culture in a relatable way.

“Whiskey Tango Foxtrot” sees the Bechdel test’s one scene and raises it with plenty of scenes where women with names talk to other women with names. Some of the conversations are about men, but other topics include everything from everyday life in Kabul to war coverage to fashion choices. Considering that the Bechdel test is such a simple, low bar that even the scene where Fey’s Kim asks Margot Robbie’s Tanya where she can take a shower would count as a pass, it’s a lot of fun to see a film go way past that. 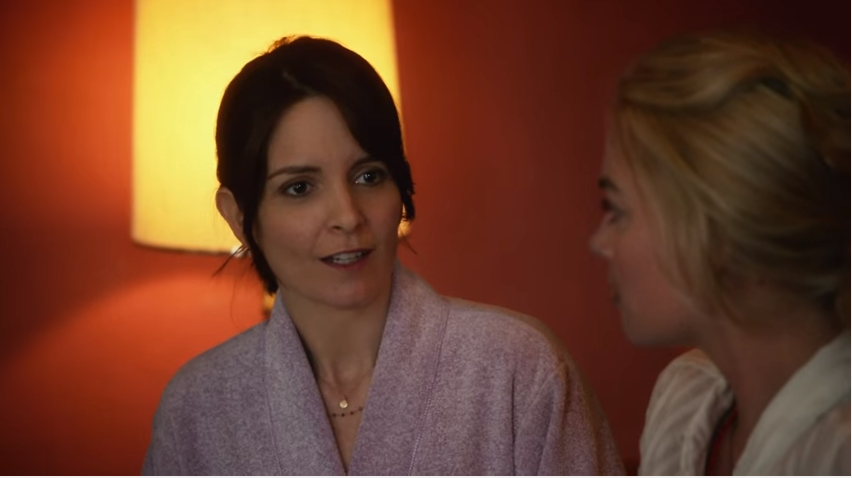 Based on the memoir The Taliban Shuffle by Kim Barker (not a typo), “Whiskey Tango Foxtrot” is part biopic, part comedy, part midlife crisis. Its unique combination of gritty explosion sequences and raunchy humor doesn’t quite work; the film struggles throughout with pacing and never quite builds to a satisfying conclusion. The audience has some laughs and learns a few lessons during Kim’s journey, but ultimately you’re left wondering exactly what point the film is trying to make. Is it an “Eat, Pray, Love” set in the Middle East? Is it a feminist treatise? Is it a raunchy comedy set in a war zone or a gritty war film with touches of raunchy comedy?

Or perhaps … is “Whiskey Tango Foxtrot” quietly a lament for an industry that has sold its soul?

In a terrifying election year when the media seem determined to trade the country for clicks and ratings, “Whiskey Tango Foxtrot” in one of its best scenes touches on the conflict between covering the stories that matter and putting the stories that people actually want to watch on the air. Why show a war on TV that people no longer care about? Why spend time getting dirty and taking a risk for a real story when you could stream a political rally live and get more viewers?

Ironically, 2016 has been a good year for journalism—when it comes to movies, that is. “Spotlight,” this year’s Best Picture winner, reminded us that people who don’t speak against abuse are complicit in that evil. In this case, journalists who overlooked stories about abusive priests were also guilty. But journalism as a medium for exposing evil is redeemed when the Boston Globe investigative team breaks the story.

Barker and her experiences as translated to the big screen in “Whiskey Tango Foxtrot” remind us that journalism isn’t intended to be simply reporting what public figures said on Twitter and how many sad face emojis were left on their Facebook posts.

90.9wbur interviewed Barker to get her perspective on the film, bringing out this fascinating quote on the grit and gore involved in war coverage:

Tracing Barker’s (and Baker’s) long tour of journalistic duty in Afghanistan and Pakistan, both memoir and film note the difference between a new reporter’s aggressiveness in finding the best story and the more sober reflections by the seasoned reporter on the cost of getting that edge.