Godliness with Contentment Is Hard to Find in 2016

It’s been a tough year for the people of God.

Many of us have been struggling to reconcile the reality that we live in an incredibly dangerous and painful world with our conviction that God is sovereign, reigns as King, and protects His people and orders their lives.

It’s in vogue for companies to boycott U.S. states that enact religious freedom laws, yet it’s somehow fine to do business in countries that murder gay people. Religious freedom continues to be in danger worldwide, with Syrian Christians in particular facing complete extinction. Advocates for religious freedom have been urging the Obama administration to take real action instead of settling for symbolic moves like finally admitting that ISIS is committing genocide.

But time is running out for our current president, and the future for his successor is looking very grim. Christians in America are left with no good options. One presidential candidate of a major party has a history rife with corruption and is likely to pave the way for a Supreme Court with liberal rulings that strike down religious freedom. But the other candidate has his own corrupt and liberal personal history and adds to the mix these horrors: racist attacks, a trigger-happy finger on the nuclear weapons, and a love of authoritarian governments who use the “power of strength” … by gassing civilians and crushing protesters with tanks in the streets.

I’ve turned to a particular verse in Second Corinthians over and over and over this year to be reassured, yet again, that His grace is sufficient and that I can still be used for His glory in all my weakness and frailty. I know that we are called to be joyful and content in all circumstances, which is why I’ve also desperately turned to this particular passage in Philippians countless times this year:

The apostle Paul wrote those words from prison. Yes, we face struggles here, but how much more should I be living as an example of Christian joy when I am free, healthy and never lacking for basic needs?

C.S. Lewis is a secondary but also very precious source of Christian comfort when I struggle. In The Problem of Pain, he reminds us that God “knows what we are and that our happiness lies in Him.” Yes, God allows us to experience pain in this fallen world. But how much worse off we would be if we were completely happy and content here, never feeling our need of Him. 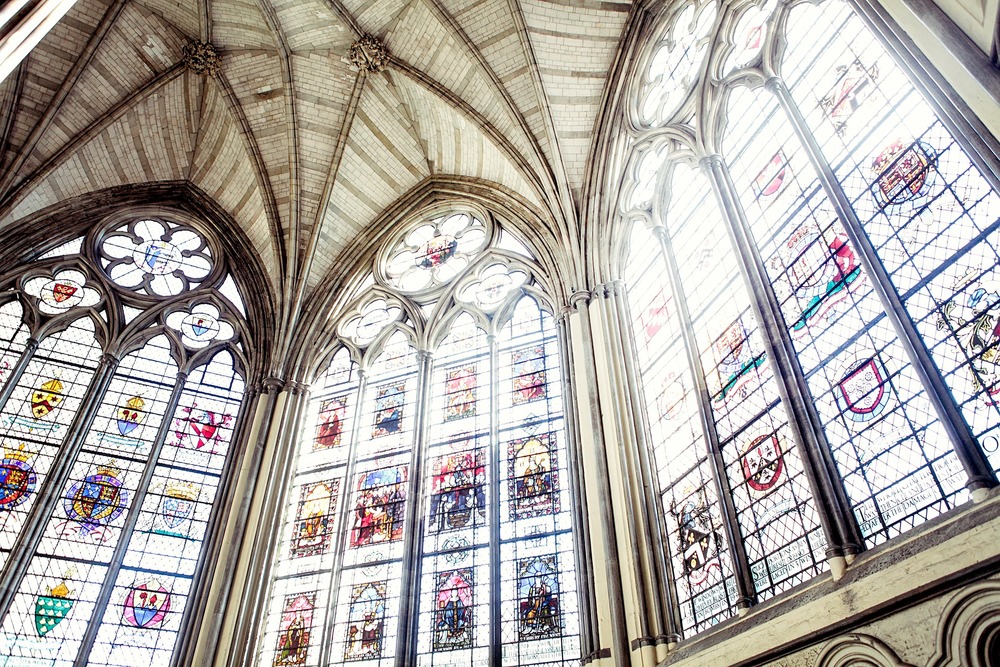 Not too long ago, I was living with a great deal of uncertainty in my professional and personal life. I was working in a dead-end job that barely paid enough to get by. I wasn’t even sure which city I would be living in at the same time the next year. I had no idea what my next step should be. But when I look back, I remember that time as a special era of contentment and peace because it was also a time of great spiritual growth. I invested time into prayer, study of Scripture, fellowship with some dear believers and deep self-reflection. I knew God was working in me and would guide me wherever I needed to go.

My trust was rewarded, and I have since been able to do some incredible things thanks to His provision. I no longer have to worry about whether or not the bills will get paid. I’m working toward a future in a profession that I enjoy.

But you know something a little funny? I’ve struggled more in this year to maintain contentment, joy and trust in God than I did when my entire life was up in the air. And I think it’s because I’ve fallen into the trap of putting my trust in earthly security and things that won’t ultimately make me happy.

Christ speaks to His disciples in the book of John about His death and resurrection, telling them, “Therefore you now have sorrow; but I will see you again and your heart will rejoice, and your joy no one will take from you.” When I have been undeservedly blessed with that joy, why am I still struggling with despair and bitterness over earthly things that are passing away?

We live in tumultuous, heartbreaking times. But for every moment of sorrow I’ve experienced this year, I’ve also been convicted again and again that His grace is sufficient and His promises are sure. No earthly happiness can rival the love of the King of heaven. Whatever my earthly circumstances, I pray to live in light of that heavenly country.

Tags: 2016C.S. Lewisfaithliving in light of that heavenly country