Bathrooms Aren’t My First Worry with the Transgender Movement. Children Are. 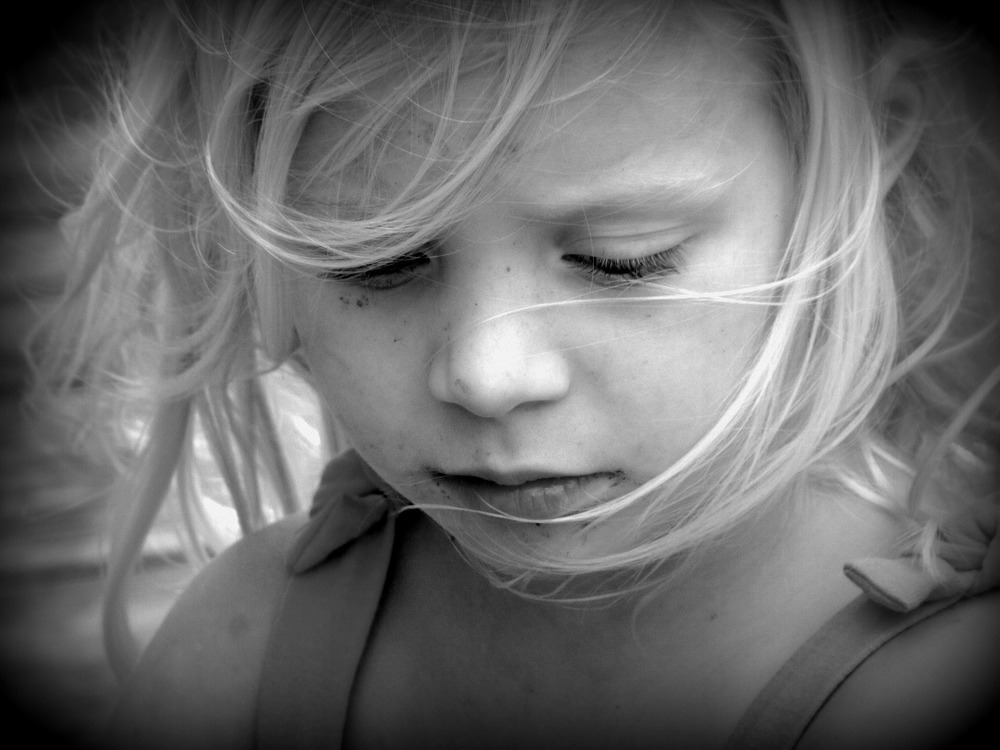 People have been talking a lot about bathrooms these days. A controversial (and likely illegal) bill in North Carolina banned people from using public bathrooms that don’t correspond to the gender on their birth certificates. After Target’s announcement that customers and staff members could use the restroom that corresponded to their gender identity (regardless of biological or anatomical discrepancies), more than 1 million people have signed a pledge to boycott its stores.

I’m not going to dismiss a complex debate out of hand. But I worry that people who use bathrooms as their battleground are ignoring a much larger cultural war—one that will result in little children as casualties.

As the idea of being transgender (being born biologically and genetically a boy but believing you are a girl or vice versa) becomes mainstream, parents who encourage their 2- or 3-year-old children to “choose” their gender and live in a way that contradicts their little, growing bodies are considered heroes. They get commended for embracing their child’s “identity” and fighting “hate.” The more public they are about their child’s gender confusion, the better.

These stories are heartbreaking. “Why did God make me wrong?” a child that wants to be transgender will ask. A 2-year-old boy will cry until he’s allowed to wear dresses. Or a little girl will demand short-cropped hair and to be called “he.”

Gender dysphoria should not be dismissed, especially since research shows that it comes with a higher suicide rate that is not diminished by sex reassignment. The American College of Pediatricians said in a recent statement that “When an otherwise healthy biological boy believes he is a girl, or an otherwise healthy biological girl believes she is a boy, an objective psychological problem exists that lies in the mind not the body, and it should be treated as such.”

Letting a little boy wear a dress or taking a little girl to get the short haircut she demands has no long-term physical effect. Parents have the right (and the responsibility) to decide what’s best for their children. But the dangerous new trend is encouraging parents with gender-confused kids to take their children for hormone therapy treatments that prevent their young bodies from developing properly. In this looking-glass world, stunted growth is seen as a good thing and eventual sterilization is often the goal.

14-year-old Jazz Jennings, who has been hailed as the public face of transgender kids, was put on testosterone blockers at the tender age of 11. Born a boy who wanted to be a girl, Jazz has progressive parents who had long been planning to let their child take hormone treatments.

In order to prevent Jazz’s nightmare from becoming a reality, the Jennings will probably allow her to undergo hormone therapy when she reaches puberty. First, Jazz’s doctor will prescribe blockers that will stop her from growing body hair and developing other masculine characteristics.

A few years after beginning that regimen, Jazz will start taking estrogen, which will allow her body to go through a form of female puberty. She will grow breasts and her body fat will move to her hips.

It’s easier to mold the human body to mimic the other gender when the natural puberty process is stopped—but that means that young children are making irrevocable, life-altering decisions before they are old enough to know what they’re doing. How can children have the proper “capacity to make a fully informed decision and to consent to the treatment” for something so physically debilitating, invasive and permanent?

Doctors like Norman Spack, who led one of the first and largest hormone programs for young teens, have started experimenting on younger and younger patients to see what puberty blockers will do to adolescents.

When he learned about Dutch doctors who were using puberty blockers on patients, “I was salivating,” Dr. Spack told the New York Times last June (emphasis mine). “I said we had to do this.”

His interview was part of a haunting feature piece on 18-year-old Katherine Boone, a teenage boy who went through hormone therapy and a complete sex change operation to transition to living as a girl. After the surgery, Kat struggled with depression, had vomiting and dry heaves for days, refused food, and lost around 20 pounds. And this was an 18-year-old’s decision … should parents let doctors experiment on their 13-year-old, 9-year-old or even younger child?

Trans activists like to talk about acceptance and tolerance. They think genitalia no longer matters; girls can have penises and boys can have vaginas (saying anything else is now bigotry, by the way). They’re eager to let a teenager who has his whole life in front of him undergo an incredibly invasive procedure that leaves him with a “new vagina” that “needs constant care or it will close off like a wound” because after all, it is a wound.

But do you know what trans advocates don’t like to talk about? The research that shows that the majority of children with gender dysphoria who go through puberty (AKA their body’s natural, normal, human process) end up perfectly fine.

When children who reported transgender feelings were tracked without medical or surgical treatment at both Vanderbilt University and London’s Portman Clinic, 70%-80% of them spontaneously lost those feelings.

“Denying” a child’s transgender identity is so forbidden that researchers are discouraged from even questioning children about their gender confusion. A nuanced approach that in some cases involved therapy for gender-confused kids got Dr. Kenneth Zucker fired. A psychologist who led the Child Youth and Family Gender Identity Clinic (GIC) in Toronto, Dr. Zucker worked with children and adolescents with gender dysphoria for decades before becoming a controversial figure for the clinic’s non-conforming approach.

Rather than the “gender-affirmative” approach that encourages young children to transition socially to the opposite gender, GIC clinicians acknowledged research that shows that most gender-dysphoric kids end up comfortable in their own bodies. But their caution flew in the face of political correctness, and the clinic was shut down in December 2015.

In defending their approach, Zucker and his colleagues point frequently to the small but consistent body of research suggesting that something like three-quarters of children with gender dysphoria will “desist” — they’ll eventually come to feel comfortable with their natal gender (and will also, relative to the general population, have an increased likelihood of eventually identifying as gay or bisexual). Some trans activists have howled at this claim — they believe that desistance is a transphobic myth entirely. But while these activists (and some researchers)* have tried to poke holes in the consistent findings about gender-dysphoria desistance, they just haven’t come up with scientifically convincing explanations for why the studies would all be wrong, and all in the same way. (Some skeptics argue that these studies lump in many kids who aren’t that gender dysphoric and who therefore weren’t going to become trans anyway, but that’s just not true, especially when it comes to the more recent samples.)

Don’t just listen to researchers. The Federalist’s Walt Heyer, who was a trans kid and went through a full transition as an adult but eventually reverted to his own gender, has lived this story and knows what he’s talking about.

“As a transgender adult who was a trans kid, I know transitioning has consequence,” he wrote recently. “I know that adults can’t fully anticipate the long-term effects, much less little kids …

“My biological sex had never changed, no matter how many procedures I underwent or how many hormones I took. My life was never the same and my body was forever mutilated. People say to me now, ‘Too bad. It was your choice. You should have made a more informed decision’ (emphasis mine).”