‘Alone Together’ Might Not Be Funny in 20 Years. But It’s Hilarious Now. 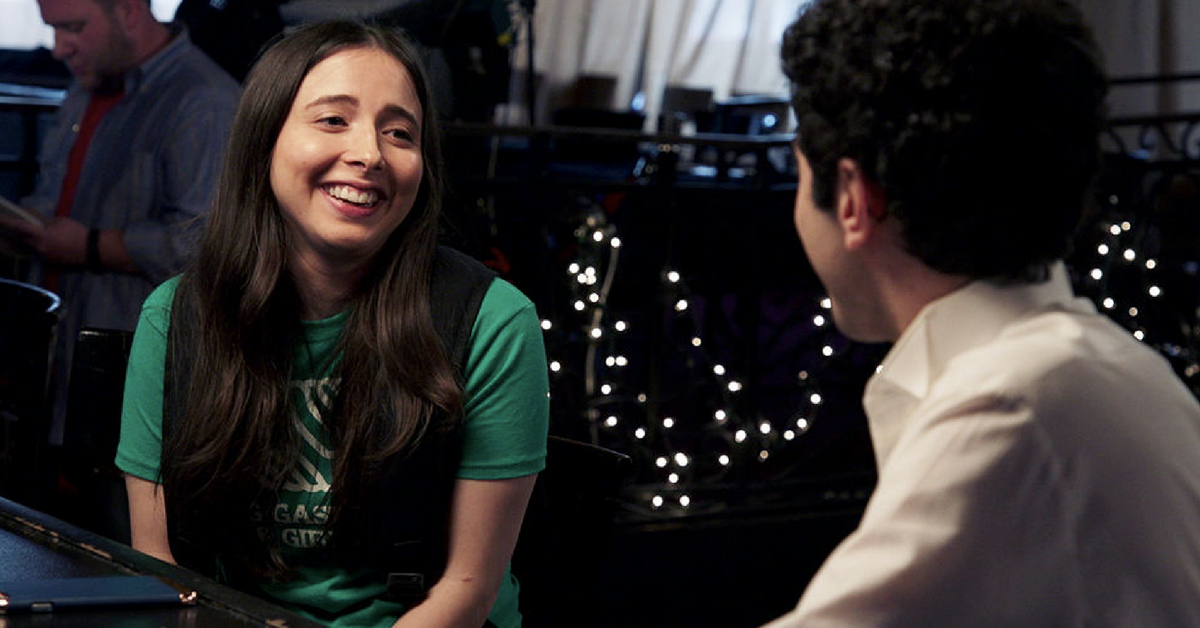 In 2005, a mockumentary called “The Office” came to NBC and gave people struggling to survive the recession a TV series to laugh about – and relate to.

“Alone Together,” a wry, semi-autobiographical new show from comedians Esther Povitsky and Benji Aflalo, does something similar for millennials.

The FreeForm comedy is loosely based on Povitsky and Aflalo’s own lives and missteps in Los Angeles, a terrifying city filled with hot people and judgmental juice bars on every corner. Esther and Benji’s millennial troubles in L.A. are somewhat self-inflicted, but they’re relatable for any millennial who’s tried to compete and never been in quite the right place at the right time. Their vacillations between determined resourcefulness and resentful entitlement are a stylized version of a very real millennial experience: taking a chance and not being the plucky success story.

“I’m a constant disappointment [to my dad] because I don’t have a real job or a steady income, and I’m a grown adult,” Esther, who came to L.A. by way of Illinois to do comedy, laments in one scene. All she really wants is “money to pay down my student loans and emotional support from a baby boomer.” But what’s a 5’0” Midwestern girl to do in a world of tall hot blondes?

Millennials live in a world where “Instagram lifestyle gurus” and “YouTube celebrities” seem like the real winners. Working at a normal job never feels like enough to get ahead (and by “ahead,” we mean having emergency money and not stressing out over every grocery bill).

Baby boomers are staying in the job market longer, technology is disrupting the jobs available (and in some cases, shrinking how many even exist), higher education is only getting more expensive every year, and the world in many ways has not yet recovered from the housing market crash of 2008.

Competing in the job market feels more like flailing around in hopes that you’ll luck into exactly the right thing. Enter Esther and Benji, two millennials who find comfort in flailing together. The show’s title sums up a curious phenomenon in the millennial generation: the simple joy of having another person around just to be lonely with, no sex necessary.

Because yes, their relationship is platonic – don’t watch this for a “will-they-or-won’t-they” plot. As Esther says, “Just because we’re both small and undesirable doesn’t mean we should date.”

what friends are for. watch the all new episode of #alonetogether now on https://t.co/aLamiOSgFg, on demand or @hulu. https://t.co/H63lXVlASJ pic.twitter.com/Bs6fKDr0oj

Coming of age in a world that’s quicksand underneath us has done strange things to millennial humor. For many of us, 9/11 was one of the first major news stories we remember unfolding in real time, leaving us with a permanently unsettled view of our world. Technology has changed how we meet people, build communities, find jobs and engage with pop culture, every facet of society affected almost overnight. The rise of social media coupled with a 24-hour news cycle has blurred how we view basic facts in news stories until everything seems subjective.

Millennials are tired by our late 20s. We’ve moved a lot, we’ve been disillusioned by jobs that promised to give us the meaning and purpose we crave, and we’ve bounced through a series of pseudo-relationships that only erode our sense of community. Old roommates, neighbors we didn’t really talk to, apartments that didn’t feel like home because we knew we’d move on sooner or later, churches we moved away from, romantic connections that never became relationships.

Dark, reckless and absurdist, millennial humor is desperate to capture the life experiences unique to this generation before our mercurial world shifts again and layering meme upon meme, cultural reference upon cultural reference, because one is never enough. The “Alone Together” pilot is no exception, rife with topical quips that will make anyone who watches it in the future do a deep Wikipedia dive to understand the references. (Fingers crossed that we still have Wikipedia then.)

Like “The Office,” NBC’s surprise hit documenting how the recession and new technology disrupted ordinary Americans’ jobs, “Alone Together” has something of a time capsule feeling: It won’t make perfect sense if it’s re-watched decades from now by someone who didn’t live through this exact experience.

As Esther and Benji remind us, being together is better than being alone. If you’re still trying to figure out your life in your late 20s, make sure you have a friend along for the ride to make jokes about it with you.