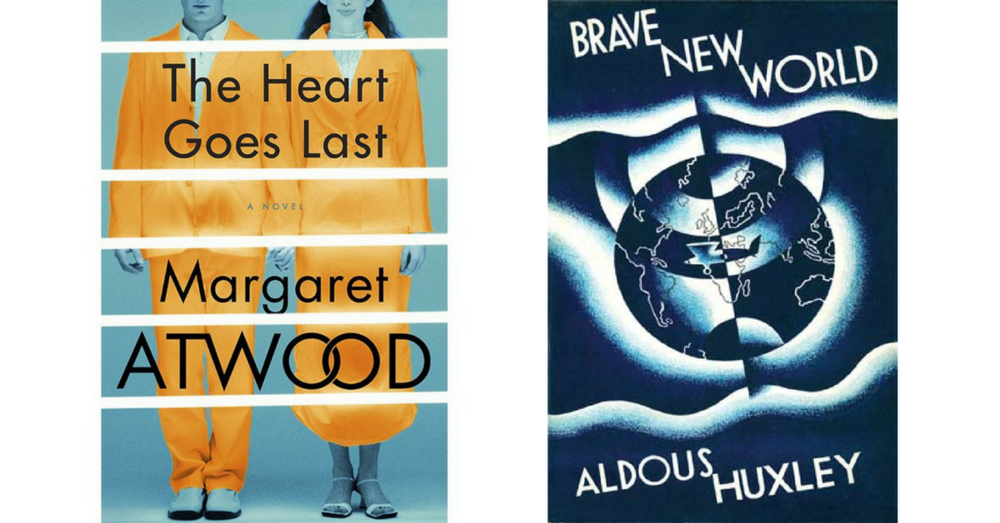 George Orwell’s “1984,” the classic vision of a dark dystopian future, reached the top of the Amazon bestseller charts in the wake of President Donald Trump’s inauguration—people seemingly realizing once more that a government with too much power can take away their lives. If a strong man wannabe can con his way into the White House, is Big Brother our future?

When Hulu unveiled its imagining of Margaret Atwood’s “The Handmaid’s Tale” in April, the disturbingly dark, lushly produced TV version of her 1985 novel was hailed as “prescient” and even allegorical in the era of Trump. With an administration hostile to Planned Parenthood and welcoming to religious freedom laws, surely Gilead wasn’t far off … right? Our society may be careening toward the cliff, with a government-controlled existence waiting at the bottom of the abyss, but neither “1984” nor “The Handmaid’s Tale” is a glimpse of things to come. If you want a real glimpse at the dangerous future we’re teetering toward, take a look at Aldous Huxley’s “Brave New World” or another, lesser-known Atwood novel, “The Heart Goes Last.”

The voice we should have listened to: “Amusing Ourselves to Death”

More and more research is confirming that it’s good, even necessary, for people to have moments of boredom, time to be quiet, think and reflect. That’s hard in 2017 simply because there are so many interesting distractions demanding our attention: Facebook statuses, articles we keep meaning to read, Netflix shows in our queue. None of those amusements are inherently bad; the issue is that our society is becoming increasingly dependent on them without realizing the risk in being constantly distracted.

Media theorist (and media Cassandra) Neil Postman once warned that our distracted, media-saturated society was in danger of being amused to death. Our future is not the stark landscape of “1984,” he said. Instead, it’s Huxley’s “Brave New World,” a future where people are encouraged to watch state-approved movies, use sex as a hobby and take drugs when entertainment and sex aren’t enough pleasure.

Postman’s warning came before Facebook, Twitter and Tinder. In 1985’s “Amusing Ourselves to Death,” his main concern was how broadcast journalism offered a bizarre juxtaposition of world events and entertainment. But his concerns ring true today: We are all too willing to trade freedom for convenience, just as long as we feel safe and entertained. 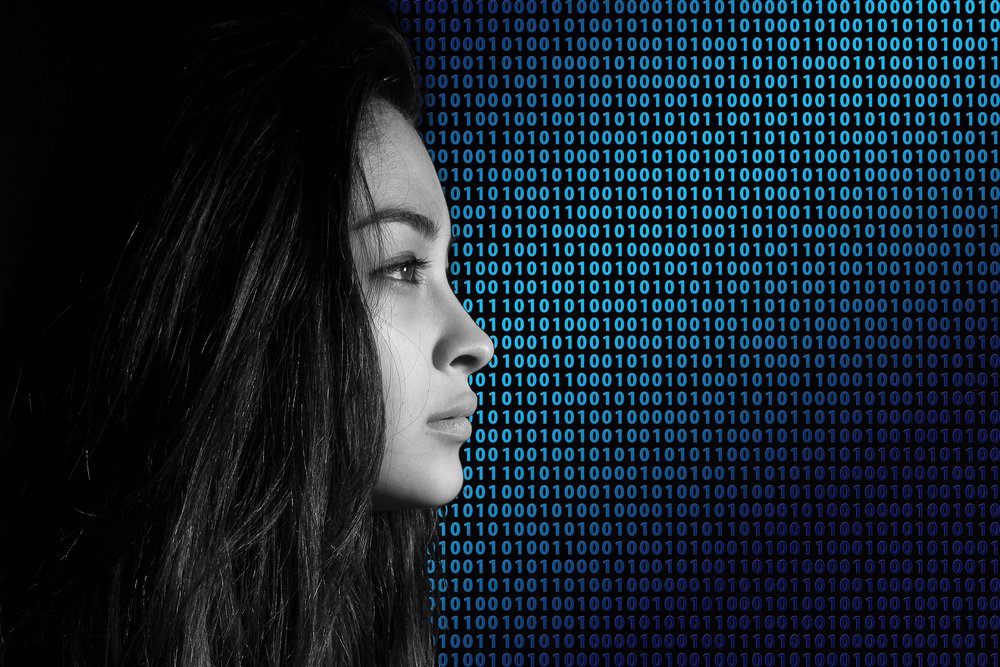 Reminding people that Orwell and Huxley envisioned distinct dystopias, Post warned that “no Big Brother is required to deprive people of their autonomy, maturity, and history.” A Big Brother government oppressing people to live in darkness and dirt, deprived of sex and fun, would be overthrown. It’s the system that seduces people through ease and entertainment that we should truly fear.

“People will come to love their oppression, to adore the technologies that undo their capacities to think,” said Postman, somehow predicting the age of social media and a 21st-century love for socialism together in one fell swoop.

The unlikely dystopia: “The Handmaid’s Tale”

In Atwood’s “Handmaid” future, only a few women can bear children after pollution and other factors have left most women sterile. They are controlled and used as “handmaids” to have children for upper-class couples who are deemed worthy, and children are conceived in a horrifying “ceremony” where an out-of-context Scripture reading is followed by rape. Like “1984,” this particular dystopia portrays a grim, government-controlled landscape. Gilead’s handmaid system is about subjugating and demeaning women but also controlling men’s lives under a totalitarian regime.

If anything, today’s society is going in the opposite direction of a “handmaid” future at lightning speed. First wave feminism fought long and hard for birth control to be readily, legally available, and in 2017, it is. The recent health care debate has been primarily about whether or not an employer is obligated to cover birth control as part of an employee’s insurance plan, not about if women can purchase it. Contraception is more readily available than ever, with both sides of the political aisle pushing for more birth control options to be available over the counter.

For better or worse, sex outside any kind of social commitment is encouraged in 2017. Bill Nye, formerly known as “the Science Guy” on the beloved PBS series, returned this year with “Bill Nye Saves the World.” A newly woke Nye has realized that chromosomes aren’t real, men and women don’t exist and every kind of sexual behavior should be encouraged. An episode featuring Rachel Bloom singing about a “sex stew” with “butt stuff” and “giving someone new a handy” received an Emmy nod for its groundbreaking encouragement of having any kind of sex with anyone at any time.

While reckless sexual practices are “science,” apparently the World Health Organization’s recent warning about gonorrhea is not. An estimated 78 million people per year become infected with gonorrhea, and the WHO this month reported that completely untreatable “superbug” strains of the sexually transmitted disease had been discovered.

In her book “Nothing to Envy: Ordinary Lives in North Korea,” journalist Barbara Demick explored the hermit regime through the eyes of defectors, people born and raised in North Korea’s socialist system who eventually realized that life outside was far better and escaped.

Before the mass deaths due to starvation in the ‘90s, the North Korean experiment appeared to be working. Everyone had food, albeit food that was doled out by the government, and people were assigned work. Homelessness was unknown because people were assigned to homes and couldn’t get food without proper identification. It wasn’t until they were hungry that people rebelled against the system in any way that they could, whether it was growing a private garden in the backyard or crossing the border into China and making the journey to South Korea. Since the famine, more than 30,000 North Koreans have fled to South Korea for refuge. 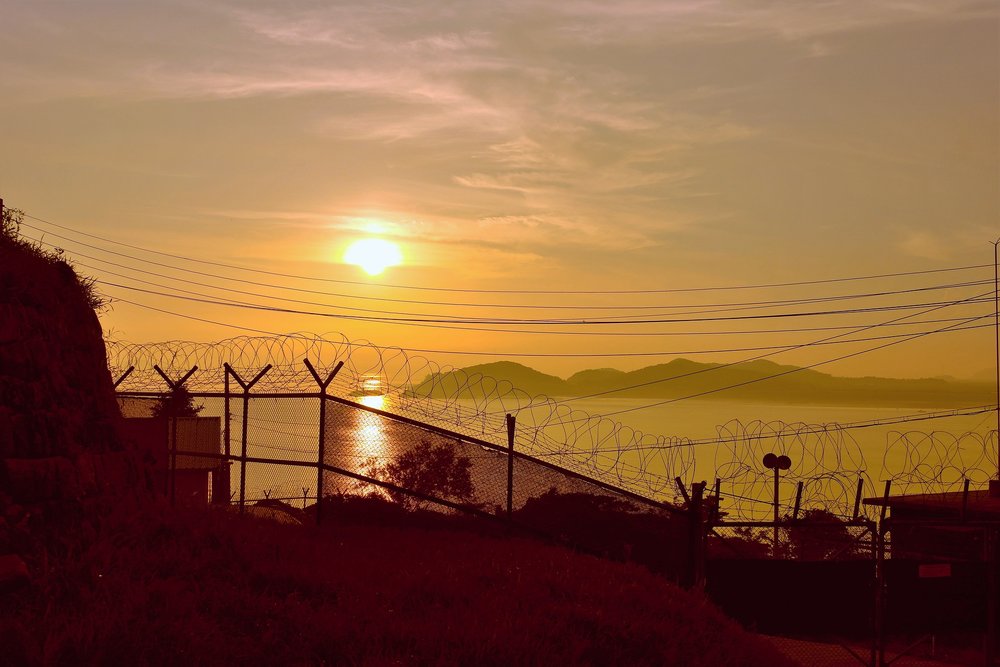 The future I fear is one that keeps its people in work, housing and food—like real-life socialist North Korea—while keeping them constantly entertained and distracted, as Huxley’s vision showed us. People who are fed and entertained won’t even notice that their lives are being controlled and that privacy no longer exists because the government knows everything.

In Atwood’s dystopian novel “The Heart Goes Last,” the economy has crashed and people are starving. Stan and Charmaine are a normal, happy couple turned terrified scavengers, living out of their car after losing their house.

All Charmaine wants is their ordinary life back, so she jumps at the chance to join a social experiment that promises work, food and housing … in exchange for their promise never to leave. Charmaine is only too willing for her and Stan to trade their freedom to have a house, a dishwasher, a bed and the ordinary, clean, convenient things of home once more.

Here again is the dystopia that fits human nature in 2017: not a grim, grey world dominated by Big Brother, but a chance to live worry-free, never lacking for work, food or comfort. Freedom inevitably involves risk, fear and difficult decisions.

Would you trade yours to never have to worry again?