No, the Catholic Church Isn’t About to Ordain Priestesses 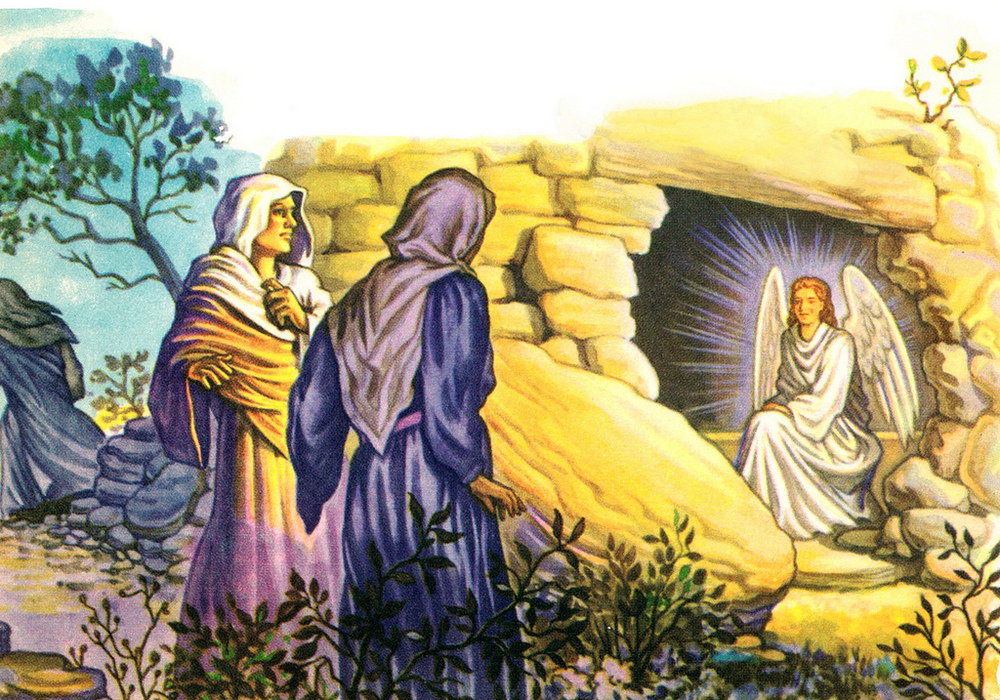 In light of Pope Francis’ recent announcement of a commission to study whether the Catholic Church might start appointing female deacons — and someday female priests? — Paradox’s Jordan Ecarma and Zach Noble decided to have a chat about women in the clergy.

Jordan: I grew up in an evangelical Christian household. We went through our fair share of denominations, but I generally say I’m of the reformed faith. So basically enough tradition and structure to respect and to some extent understand the Catholic faith, but minus anything specific to Catholicism.

Zach: I was raised Catholic. On a scale of 1 to 10, where 1 is, “Traditionalists who left the Roman Catholic Church after Vatican II to start our own Latin Mass-having bunker colony,” and 10 is Joe Biden, my family is probably a 3 or 4. I have been more or less Catholic at different points in my life, but never explicitly left the faith, and am now married and trying my best to live Catholic teachings.

Jordan: I’m pretty sure Joe Biden is an 11. But continue 🙂

Alright, so Pope Francis. The Cool Pope has selected members for a new commission to study whether women ought to be made deaconesses in the RC Church.

It’s something the Church officially studied back in 2002.

Back then, the commission in charge basically said, “Yeah, no.”

And while many seem to think this latest consideration might lead to female priests, the RC Church has been pretty consistently against that.

The Catechism, in explaining why only men can be priests, calls back to Jesus Himself to say, “the ordination of women is not possible,” since Jesus chose 12 men for his Apostles. “[T]he Church recognizes herself to be bound by this choice made by the Lord himself.”

So my impression is that the Church ain’t budging on female priests, and that’s what most people seem to care about. The deaconess issue is interesting, though.

J: Yes … some people seem to be calling this a first step toward female priests, but I think that’s more hopeful liberal headlines that will be followed by more Oh No Pope Francis Isn’t Actually Cool headlines

Z: Haven’t we gone through a few cycles of those headlines already?

People keep perking up when it seems as if Pope Francis is slipping away from traditional Catholic doctrine, and then to their dismay, he turns out to be pretty dang traditional after all.

Z: Surprise! The Pope is Catholic!

That’s not to say that progressives don’t raise good points sometimes. But within a religious context, it seems many have convinced themselves that they’re right already, no matter what the Pope/Vatican says. Personally, I could never live that way. If I was convinced the Church was so very wrong, I think I’d just leave.

J: My first big question is along those lines …

Keep in mind that a Protestant is asking this. 🙂 But there seem to be plenty of closely held Catholic traditions that are extracurricular to Scripture. A lot of things that are, “Well, we do this because the Church says to do this.” I’m thinking of confession to a human priest, a total ban on any kind of birth control, and prayers to Mary and the saints, to name a few.

I also believe that women should not be in the clergy, and that’s something I think is based on Scripture. But in Catholicism, would the Church ever evolve and decide it’s OK to have female priests? Is it a question of what the Bible says or what Church tradition teaches? (Or I guess it could be a combination of both.)

Z: Regarding confession, that’s not magicked out of nowhere: Jesus told Peter that his binding and loosing on Earth would have Heavenly ramifications.

And regarding Mary and the saints, we don’t pray to them. We pray through them, asking for them to in turn pray for us. It’s like asking people in your church to pray for you, in a way.

So, regarding female priests: I’m pretty confident the answer is no.

We don’t ignore scripture altogether; I’m sure the Pope is re-reading those lines from First Timothy just as I was.

But more importantly, this teaching stems directly from Jesus’ actions, unlike some other, more hair-splitting theological issues.

The Church could reverse itself in some other areas, like priestly celibacy. It wasn’t always the case that priests had to be single men, and the Church could well lift that requirement in the future. (I don’t think it should, though.)

Z: I have a question for you: How much does what the RC Church does matter, on this topic, for you and other Protestants? J: It would definitely depend on which Protestant you talk to, but I think the RC Church’s stance matters as a reflection of whether or not faith and Scripture-based traditions can stand up to the push of progressivism.

We’re not so tied to one church authority the way Catholics are, but PCA (the more conservative branch of Presbyterianism) and other reformed practices believe that women should not be pastors. So, if the RC Church evolved and allowed female priests, I would worry that other traditional church denominations would crumble in the same way.

Z: You protestants up in Rohan are like, “Well, hope they don’t fall, will be interesting to watch the battles!”

On a serious note, I do consider Catholics who are truly living lives for God the same way I am to be part of the universal church and my brothers and sisters in Christ. So I’d say in that sense, I’m invested in seeing the RC Church stand its ground.

Z: We’re the big target. But I have faith Papa Francesco won’t reverse the core teaching.

But hey. You, Jordan, are a lady, unlike myself. This is a fairly academic topic for me: I could have become a priest if I’d felt called (and gone through 7 or 8 years of training). I didn’t feel called/chose not to pursue that path.

But as a woman, what’s it like to read Scriptural admonitions against female clergy? Have you always embraced this teaching/how does it square with your feminism?

J: Yes, I am a lady. you can know this because my avi is adorable

I’m starting to think I’m alone in this because of what I’m hearing from other women. Women in the evangelical church asking why can’t they be pastors … nuns in the RC Church upset that they can’t be priests … female LDS members rebelling against the ban on women in the clergy (not totally sure of the precise terms for Mormons, sorry).

But I’ve always seen feminism as a celebration of women and their distinctness, not as a tearing down of the roles that God designed for us.

I think it’s very clear that Christ chose male apostles to preach; women were also very important to Him, but that was simply not what He asked them to do.

There are plenty of secular jobs that men or women can do just fine. But I believe God designed men and women for some distinct separate roles … we also see this in marriage, which is intended to be a representation of Christ and the church. Z: I’ve been blessed to find a wife who also yearns for this sort of reflection.

I felt the complementary nature of male and female most powerfully when our daughter was being born. We’d practiced the Bradley Method of natural childbirth, which involves the husband “coaching” the wife through childbirth. In the delivery room, I was “leading” my wife, but I was really just doing my best to calm and encourage her as she went through pain I could never imagine. The whole situation made me hyper aware of my own smallness, as I imagined God looking down on me and chuckling at my attempts to bring order to a chaotic moment.

And, anyhow, that gets back to one of the core messages of Christianity, which is that hierarchies on Earth are really not important. They ought not be the goal of anyone’s life.

But, for me at least, Christianity has always meant surrendering.

So I find it hard to empathize with women who fervently desire the priesthood, and I also find it hard to feel “threatened” by calls for female ordination. I didn’t get married to gain power over other people. So I don’t really think of my marriage (or the Church) as a patriarchy in which I have something to lose.

J: I’m glad you bring up pregnancy because I think that’s something that gets completely mistreated by a lot of “feminism.” So God decided men would be pastors … He also decided that women would BRING NEW HUMANS INTO THE WORLD FROM THEIR OWN BODIES. That is an incredibly powerful thing and I rebel against any kind of feminism that doesn’t acknowledge that women are unique and special and distinct in how they were designed.

Z: IT IS REALLY AMAZING

J: Yes, agreed. The Christian life is about surrendering everything to God. Men and women are both surrendering in different ways. In the husband and wife relationship, for instance … I know men who rebel against taking the lead and providing for their families. They don’t want to surrender and take on the role that God has designed for them.

Z: The role honestly sucks sometimes. I remember struggling as a part-timer in my first post-college job and despairing, because I wanted to write, but knew I needed to make enough to support a family, if I was to offer my future wife the best and enable her to have kids.

J: I think when the role is properly fulfilled, it is as much a sacrifice for men to lay down their lives every day for their families (to imitate Christ) as it is for women to surrender a measure of authority in marriage (to imitate the church).