Ignore Rory’s Millennial Angst. Luke Has It Figured Out. 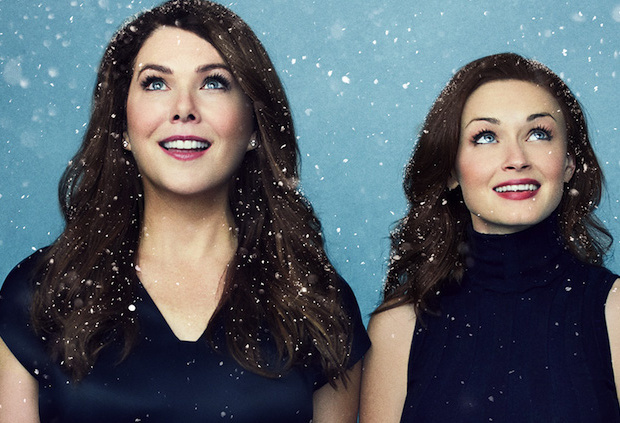 [MAJOR, LIFE-RUINING SPOILERS IN CASE YOU HAVEN’T WATCHED “A YEAR IN THE LIFE” TWICE ALREADY.]

Whatever happened to Rory Gilmore?

The former wunderkind made it into Harvard, Princeton and Yale thanks partly to her own smarts and a lot to her mother’s blood, sweat and tears.

As you know from watching the rest of the show, Rory did seem to have everything: She got the Ivy League education, the miracle meeting with her idol Christiane Amanpour, and an exciting writing job right out of college.

But nearly a decade later in “A Year in the Life,” Rory is more adrift than she was during her season six angst period—and this time even Jess can’t shake her out of it.

Her book project falls through, and her freelancing career stalls. She can’t even get a job that she thinks she’s too good for. She has a boyfriend of two years but hooks up with her old addiction Logan whenever she’s in London. Even though he’s engaged, she continues their no-strings-attached relationship without any of the qualms of conscience she had when she and a married Dean had sex in season four. She thinks she’s found herself with an idea to write about her and her mom’s life, but she hasn’t even locked down a book deal for it.

To cap it off, the mini-series ends with a surprise pregnancy that brings Rory’s life full circle as she faces a scenario her mother experienced but never wanted for her.

Rory is the ultimate millennial (and not in a good way). List the worst things you can say about my generation, and Rory takes them to the next level. We grew up being told that we can do anything, and we too often believe that we can and should have it all. Rory expects not only to have it all, but also to have it all without putting in the time: a brilliant career without day-to-day grunt work … having her cake and eating it too with her multiple romantic relationships.

If you want to learn valuable life advice from the “Gilmore Girls” revival, don’t look to Rory. As I detailed in an earlier post, both Lorelai and Emily have storylines with redemption and resolution.

But it’s really Luke who hits on the secret to happiness in the very first episode. In “Winter,” Lorelai pushes him to pursue having another kid because “I just don’t want you to miss out on anything.” Like Rory, she envisions happiness as a life where you don’t have to choose between good things because you get to have all of the options.

Luke’s answer is both realistic and tender.

“Yeah, well nobody gets have everything they want in life. All in all, I think I did pretty good.”

With the second sentence, he smiles affectionately at Lorelai—and you know “pretty good” is the understatement of a lifetime for him.

Yes, I know I missed out on some things. No, I wouldn’t trade what we have for anything else.

“This, right here, is all I will ever need,” he tells her during his big speech in “Fall.” I don’t have everything. But it’s OK because I chose you.

In all of her attempts to have it all, Rory never really tries to hold on to one good thing. She flits to different projects as things fall apart, half-asses the job search, and never puts her whole heart into pursuing a relationship with someone. She could learn a lot from Luke.