Beyond the Bechdel Test: Sex and Symbolism in ‘Crimson Peak’ 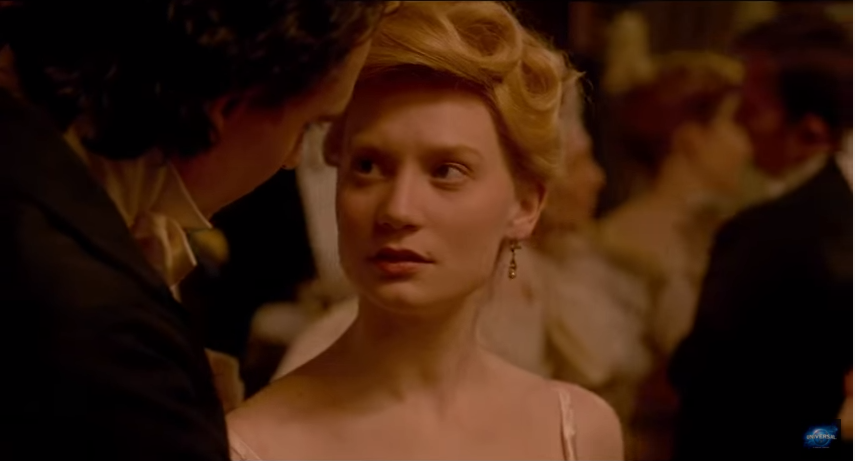 The film: “Crimson Peak” is the biggest waste of a stellar cast since “American Hustle”—every scene screams of potential greatness that is never reached and honestly, it’s a crying shame. The script isn’t fit to rub shoulders with the likes of Jessica Chastain. Laughably ambitious, “Crimson Peak” tries so hard to be a stunning Gothic horror masterpiece that the film never has a chance to breathe. Foreshadowing comes down like a ton of bricks, while the plot has no build whatsoever: It’s all sudden, noisy ghostly visitations or bloody slasher sequences jerkily alternated with overly long stretches of quiet. Viewers are too busy trying to avoid whiplash to be terrified.

The conversation: “Crimson Peak” gets a pass thanks to a scene where Edith (Mia Wasikowska) and Lucille (Chastain) talk about the futility of life, inspired by the pretty, delicate butterflies that inhabit the region but die when the weather gets too cold. It’s one of the better moments in a disappointing film—grimly beautiful and austerely foreshadowing the rest of the plot in a more subtle fashion than all the screaming ghosts and creaking staircases the rest of the movie can scare up.

The real deal: Setting aside its many flaws for now, “Crimson Peak” is an interesting study when it comes to the female characters. It gets feminist points for the ways that Edith is fleshed out—she’s bright, bookish and an aspiring young author as well as a devoted daughter and good friend. She and Lucille are the most nuanced characters in the film, and their decisions and actions drive most of the storyline.

“Crimson Peak” gets into clichéd territory by portraying Edith as the wide-eyed innocent ensnared by a worldly older man (Tom Hiddleston), but such clichés are the stuff of Gothic storylines anyway. Wasikowska has prior experience with this kind of role, having played the titular character in 2011’s “Jane Eyre,” another story where a young woman moves to a large house in deserted countryside that holds a possibly violent ex-wife lurking somewhere in its shadows.

“Crimson Peak” recalls Charlotte Brontë’s classic as well as the 1944 film noir “Gaslight” and Daphne DuMaurier’s Rebecca. It’s also as fascinated as Poe by the death of a beautiful woman—or at least, the threat of her death at every turn of the script. Poor Wasikowska is chased by more than one ghost as well as a flesh-and-blood character who haunts her steps just as much.

The symbolism of “Crimson Peak”—while about as ton-of-bricks subtle as its foreshadowing—is equally obsessed with femininity. The clay bubbling up from under the old house is bright red, hence the name Crimson Peak. Red connoting a woman’s menstrual cycle and hinting at Edith’s virginity as well as red as a symbol (in some cultures) of purity, especially in reference to women.

Despite the uncomfortable incest plotline, “Crimson Peak” has an extremely healthy view of sex. Edith is a virgin when she marries Thomas (Hiddleston), but that doesn’t mean she’s remotely prudish or less than eager to have sex with her new husband. And in this peculiar modern age where nearly every sexual relationship is normalized, it’s bizarrely refreshing to see incest in the Thomas-Lucille relationship portrayed as hideously strange and twisted.

Sex in “Crimson Peak” is never treated in a casual way. Thomas and Lucille’s relationship has clearly left both of them emotionally malformed, but Thomas is redeemed when he genuinely falls in love with Edith, and it’s worth pointing out that the night that he and Edith consummate their marriage is the turning point for his character.