Game of Thrones Is Stupid Feminist, Just Look at the Bodycount

Yes, it’s a dark, horrible place full of sadists, but the world of “Game of Thrones” might be a better place to be a woman than a man.

The season six premiere continued the misandrist revolution* as three semi-major male characters from the books, one of them a feared warrior, were quickly and easily slaughtered by Strong Females.

Over a five-seasons-plus-one-episode run thus far, GoT has killed at least three men for every one woman. 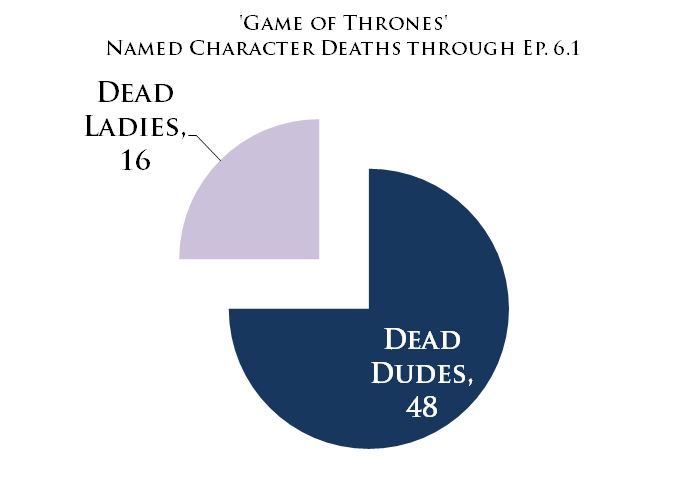 The disparity is a heckuva lot bigger if you try to count all the soldiers and minor characters shown dying on-screen. 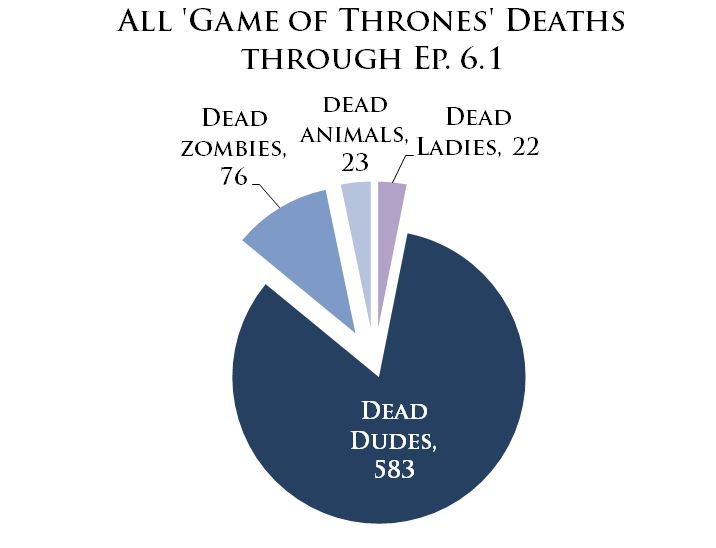 Are there just more male deaths because there are more male characters?

It doesn’t seem so. The major characters are pretty evenly split between male and female; in the first book in the series, we’ve got four men and four women as our “point-of-view” characters.

Two of those men and only one of the women are now dead.

GoT’s women certainly suffer other terrible fates besides death, but so do men. In a gruesome world, rape is common — but so, too, is castration. 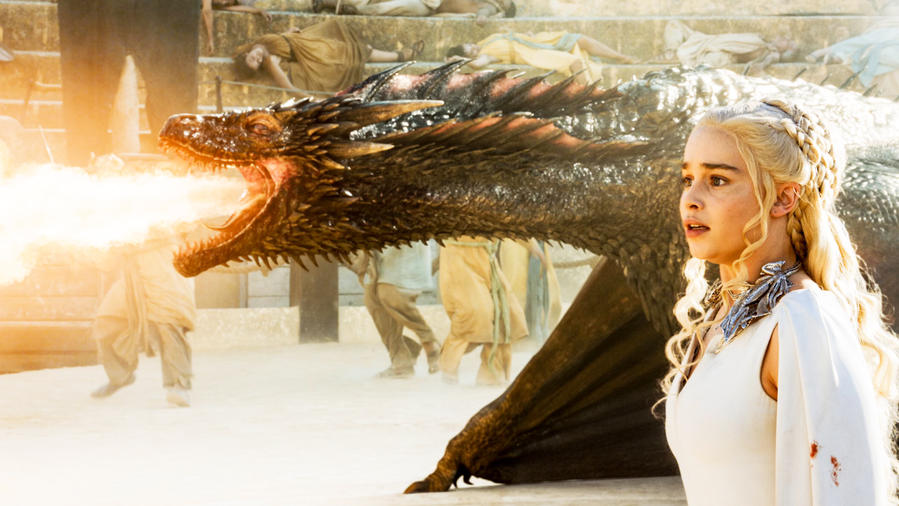 This diversity puts women on nearly equal footing with men, and GoT’s author George R.R. Martin considers himself a feminist, by which he means he “treat[s] men and women the same.”  Some have rightfully praised GoT for portraying older women’s cunning, and this accounts for part of the difference in the bodycount: Smart women connive, while men charge into battle. I shouldn’t be surprised the women have longer lifespans.

But as Brienne and the “jarringly cartoonish” Sand Snakes slash and stab their way through more and more male characters, GoT feels as if it’s falling prey to the “strong female character” trope. You know, women who kick butt because they, um, they just kick butt! Physically! They beat up guys!

Feminists have good reason to be ticked that GoT is straying from an even, nuanced depiction of women and the unpredictable realism that has helped GoT watchers reflect on life’s fragility and humankind’s weakness.

But, then again, the saying is valar morghulis — all men must die.

*Yeah I know the Fusion ladies are being tongue-in-cheek.

**Brienne isn’t exactly a Generic Kickbutt Chick. She just has heavy Plot Armor and a penchant for killing my favorite characters.